Hi everyone! I am happy to say that I have returned back to The Buzz for this semester and will be continuing sharing my food adventures and food blogging tips with you.

I would like to start off by sharing a list I’ve compiled of the best things I’ve ate in 2015 and where you can find it. 2015 was really an amazing year and I had a great opportunity to try a lot of different foods and cuisines. Here’s my list and I hope it’ll inspire you try to these dishes and drinks – 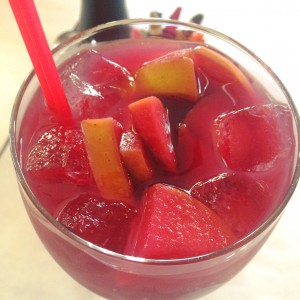 15. I typically don’t drink Sangria during brunch, but since it was offered during the brunch weekend special if you order a brunch, eggs, or omelets. I really liked Parigot‘s Sangria because it was refreshing, fruity, and had floral and plum aromas. I also liked that were chunks of apples, pears, and oranges. 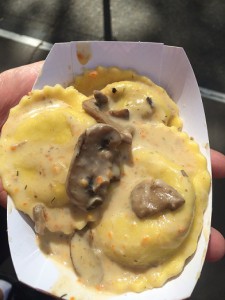 14. Last September, my boyfriend and I went to the NYC Dumpling festival and one of the dumplings we tried was the wild mushroom ravioli and oh boy, was it mushroom heaven! I really love mushrooms, so discovering a creamy mushroom-filled ravioli was like a treasure. I’ve never had ravioli quite like this one before. 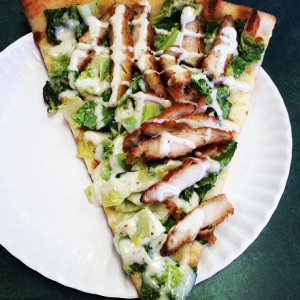 13. Who knew that a salad pizza could taste so good? During my first visit to Luigi Pizza, I ordered a Caesar Salad slice and man, was it one of the best slice of pizza I’ve had so far! The Caesar salad slice had a nice crunch to it and it had crispy chicken, romaine lettuce, cheese, and Caesar dressing around the slice. It was mouth-watering delicious! 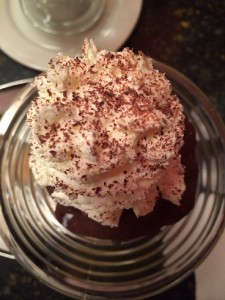 12.  The first I stepped into Brooklyn Farmacy, I was excited and hooked! The sundaes at Brooklyn Farmacy are awesome. The first sundae I ordered was the Affugazi Affogato. It’s really a great combination of chocolate and espresso! I enjoyed the large scoop of vanilla ice cream encased in a hardened chocolate shell which was almost impossible to break through. 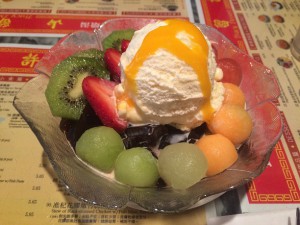 11. Last Summer, I discovered this dessert during a trip to Toronto, Canada from Tracy Dessert. The homemade grass jelly with mixed fruits & ice cream was the absolute perfect solution to a hot, summery day and man was it hot the day I had this dessert. Everything tasted fresh from top to bottom. The grass jelly tasted really fresh and yummy, compared to the ones I’ve tried in New York. 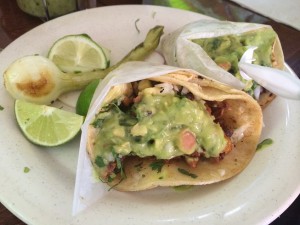 10. I typically don’t eat tacos, but when my friends brought me and my boyfriend to Tacos El Bronco I was excited to try something different for once. I tried the roast pork taco and it was absolutely delightful! It was warm, vibrant, and delicious! The guacamole had a nice and rich creaminess to it. The taco wasn’t spicy at all which I liked. The roast pork was really tender and moist. This taco was screaming and bursting with deliciousness! 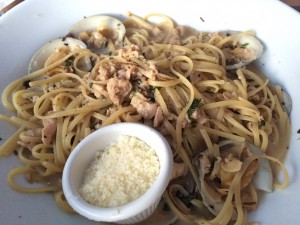 9. I’ve had different versions of Linguine with White Clam Sauce, but the best one I’ve had so far was from Mussels & More. Their version was on point! There wasn’t too much sauce and the sauce was just the right thickness. I also liked that it wasn’t too garlicky and you get a combination of clams in a shell and chopped clams. 8. Another dish I tried from Mussels & More that was different and that I truly enjoyed was the breaded baked clams. The staff here highly recommends ordering the clams breaded because it tastes a lot better and they were right! The breaded baked clams had a crisp and crunchiness to it, but also tender. 7. I think it’s pretty apparent that 2015 was the year I went crazy for mussels and seafood. A meal at Mussels & More wouldn’t be complete without some… mussels and so far my favorite one is the bisque mussels. They were soaked and tossed with lobster, brand, tomato, garlic and cream. Yum! Doesn’t that sound good? It’s truly a pot of lobster and mussel goodness. The mussels are cooked to perfection at Mussels & More! 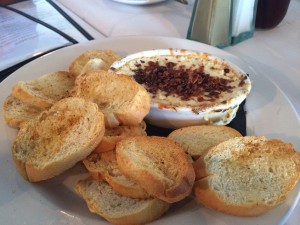 5. Last Labor day weekend, I went to Ocean City, MD with my boyfriend and friends and one of the restaurant we visited was called Hooked and we tried an appetizer that I was completely “hooked” on called: Crab Dip with Crostini. This was one of the best appetizers I’ve had so far. The crostini was toasted, fresh, and crunchy. The crab dip was amazingly delicious with just the right amount of cheese to make it gooey and delicious. 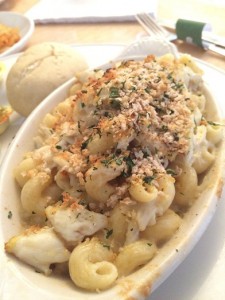 4. While we were on vacation at Ocean City, MD – my boyfriend and I also tried out Shenanigan’s Irish Pub & Grille and I ordered their famous Chessie’s Crab Mac-n-Cheese which sounded and looked divine! The Chessie’s Crab Mac-n-Cheese consisted of twisted Cavatappi pasta with their Harp® lager and white Irish Cheddar sauce loaded with lumps of yummy crab meat and topped with Old Bay bread crumbs. The lumps of crab meat was really fresh and was no joke! 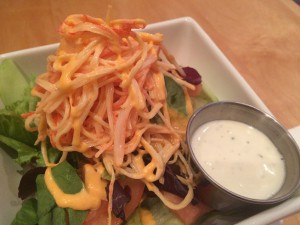 3.  I typically don’t order salads at Asian restaurants and Prince Tea House isn’t known for their sandwiches or savory menu items, but I really enjoyed their Crabmeat Salad. I really liked the salad because it was very simple and tasty at the same time. It tastes similar to kani salad, but with greens and tomato to mix in. They provided a serving of ranch dressing for me, but it wasn’t necessary. 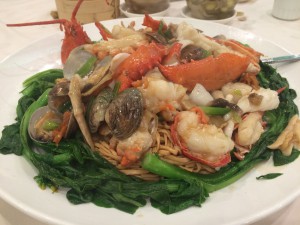 2.  My family and I were having dim sum at Golden Bay Restaurant one weekend and my dad ordered the Lobster with Assorted Seafood on Yee Mein. This was probably one of the most interesting Lobster dishes and with an assortment of seafood. I really liked the noodles, creativity and presentation of this dish. It is expensive, but well worth it. 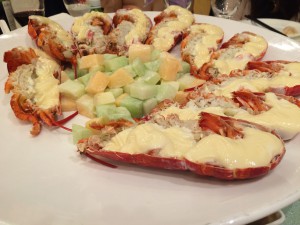 So this list covers the best eats I’ve enjoyed in 2015. I am looking forward to more eats this year.

What are some of the best things you’ve ate or done in 2015?