After vacationing in California and driving by a coffeehouse in the shape of a coffeepot in order to draw in the driving public, Martin Maurer and his wife Jeule brought back a piece of that philosophy with them. They thought it would help their 27-acre duck farm business and bring more customers to their store. So in 1930 they set out to achieve this goal and hired George Reeve, a carpenter, and brothers William and Samuel Collins, set designers. Together, they fabricated something that would later be called the “decorated shed”. The wooden frame was set, creating a functional interior while starting the overall shape of the Duck. After the structural frame was assembled they began the skeletal work with mesh wire. Then, commenced the process of ferro-cement which entails the placement of a thin veneer of concrete over some type of reinforcement; various forms of concrete can be used, for example, mortar or plaster, in this case they chose cement plaster. The ferro-cement development was completed with the support of the Smith and Yeager Builders. It was then painted; the body an angelically light white, the beak a bright yellow, and the eyes were engineered to glimmer red in the nighttime from the Model T taillights that were placed in each socket. It was completed in 1931 and became the jewel of Flanders, Long Island; standing (…or in this case sitting) at 20 feet high, 30 feet long, and 15 feet wide.

Personally, I was excited to research this structure since it influenced an entire style of architecture coining the term “Duck Architecture” and was one of the major driving forces for the widely used style, Post-Modernism. As me and my mother pulled into the small parking lot adjacent to the Duck, I was immediately overwhelmed; “Do I just walk in?” “What do I say once I go in?” “Do I ask questions?” “Better yet, what are my questions?” I wondered. After quickly chipping away at my mother’s patience, she forced me to go inside. Greeted by warmth, a man, who I’d proclaim to be the Big Duck historian and went by the name of Mr. T, welcomed us and started to give us a briefing of the history of the Duck. From the day it was created to today the Duck has migrated to three times before making its final trip back to its nest also known as Flanders, Long Island; with each move marked a change in ownership. Mr. T and other locals told us that moving the Big Duck threw off navigation for many as the term “Turn left/right from the duck” was depended on, heavily.

After facing the risk of demolition on the last move, the Big Duck was saved by its supporters, fighting for it to be recorded in the national historical landmarks. “Some Brooklyn kids fought to keep it in the ‘80s.” is the way Mr. T put it. In December of 1987 the last owners of the Duck, Kia and Pouran Eshghi, made a crucial decision and donated the Big Duck to the county of Suffolk. Now it’s a gift shop and is managed by the Friends for Long Island Heritage.

Overall it was a great experience and I feel like it was the most fun I have ever had doing research. I think it would be fun for anyone who likes learning about historical landmarks or just loves exploring roadside attractions. Try it out and visit the Big Duck, it might be tiny but it’s packed with lots of history. 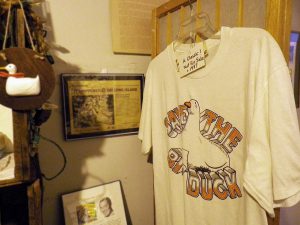 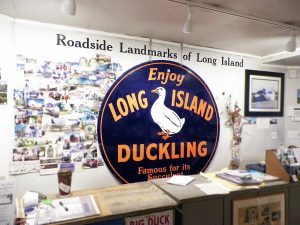 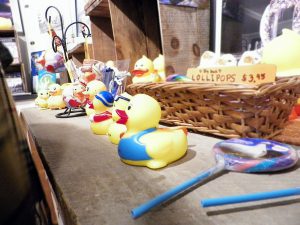 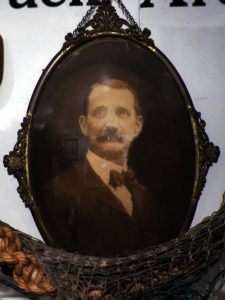 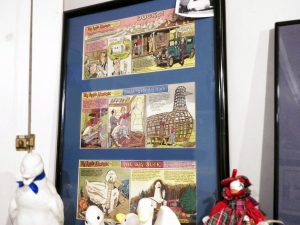 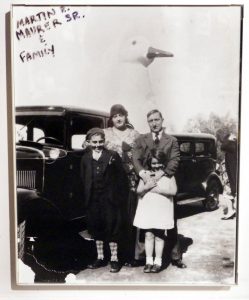 For a two-week special edition to my historical architecture theme, I decided to deviate from my initial plans of staying within the boundaries of the five boroughs of New York City. Instead, I have made a crucial decision to focus on a landmark housed practically on the tip of Long Island (near the Hamptons) by name of The Big Duck. This monumental building was very important to modern architecture (which years range from the 1800’s to the early 2000’s) since it possibly could have been the beginning of a major style in the 1980’s, called Post-Modernism. Personally when I think of the beginning of Post-Modernism, I think of the infamous married architectural duo, Robert Venturi and Denise Scott-Brown. This couple was like the Mom and Dad of this movement since they practically created it and were the key figures in making it popular.

There’s an architectural philosophy that many modern architects, as well as in many other professions of the design world, strongly applied to their work, “Less is more…” by Ludwig Mies van der Rohe. This is a term commonly used in describing modern architecture since it was more common for structures to be honest and functional, leaving elaborate exterior adornments in the past. Venturi later coined his own term, “Less is a bore…” meaning that we should bring back some of the characteristics that we have already parted with; in a dire attempt to reestablish personality in structures since he thought that every building looked identical and they all took the form of boxes.

After Venturi and Scott-Brown traveled in various parts of America they noticed something, a trend. They found that roadside attraction businesses were something to be studied and analyzed. They found them to be the most honest pieces of architecture since they were not hiding what they were selling or what they truly were. They created their chain of analytics by using a structure called the Big Duck. The Big Duck is a 1930’s house that was built to sell duck influenced items to the driving public. People would drive by this oversized duck and want to pull over since they know what they are selling and what they were expected to purchase. From this Long Island distributor is where most people in 1932-1984 bought the infamous Pekin Duck and specialty items like duck eggs. They appreciated the different form of honesty and started basing their other structures on this billboard building. Others started to formulate their work on this philosophy and it soon became a trend. Which gives us buildings like The Longaberger Company building which literally  looks like an oversized basket.

Even if certain parts of these buildings didn’t have any structural or operational reasoning, it was still considered important since it had stylistic necessity.

Tune in next week to see more of the historical side of the Big Duck now that I have explained why I find it so interesting that something so architecturally important is housed in New York. Now that we are approaching the end of the spring 2015’ semester, it is only right we end it with some fun. I’m sure many of you are overwhelmed with finals and getting your last few assignments in but as I mentioned in the beginning of the semester, always remember to squeeze in some fun! The brain needs a break sometime.

So you’re probably wondering “what bright idea does Amanda have this time.” Well, on May 10th,  THIS SUNDAY, the DPH 4-H Camp in Long Island will be hosting their annual Zombie Race. You will be chased by a group zombies through many miles of mud as they attempt to take your health flag (you will be given a health flag belt with three health flags). Whomever makes it to the finish line with at least one health flag is a Zombie Race Survivalist. If you don’t have any health flags before reaching the finish line don’t get discouraged, you can still finish the race and also win a Finisher Medal! So it’s a win/win situation! Can’t get better than that.

As mentioned via zombierace.co website, you are also at the advantage of getting ten cool things such as:

So what are you waiting for? Go grab an old pair of shorts, shirt and shoes and let’s escape from these zombies ready to eat your brains and take your health flags! 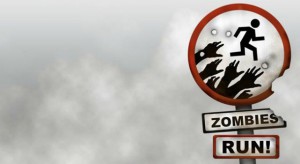