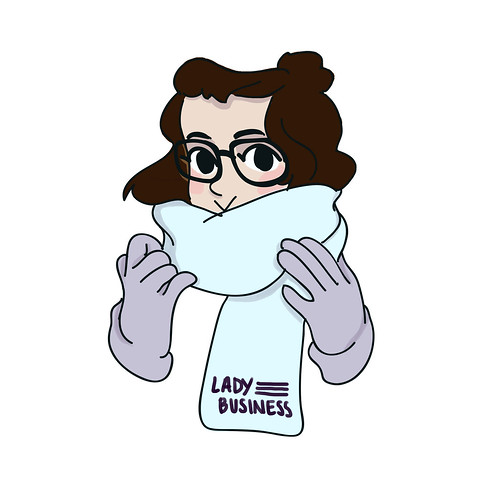 As a young immigrant child, it was quite the disappointment to find that there were no white picket fences in Brooklyn, NY and no discernible “Give me your lunch money!” bully in my elementary school. The archetypes I had been exposed to in my time of watching movies and cartoons had not prepared me for the real-life situation of a New York City childhood. 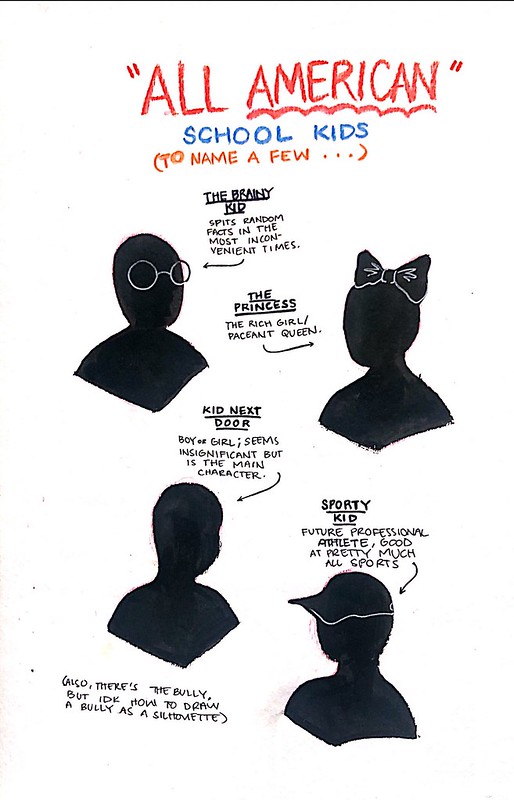 I continue to consume American media and yet again, my time in middle school and high school produced the same result as in elementary school. Where were the mean girls? I had wondered. The douche-y jocks? The outcasts in their corner of the lunch room? Where? WHERE???

How high school pretty much went: 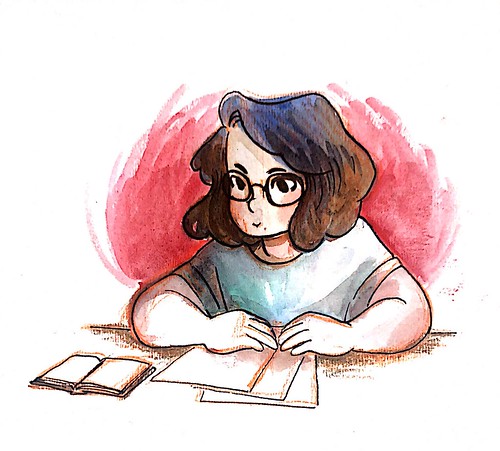 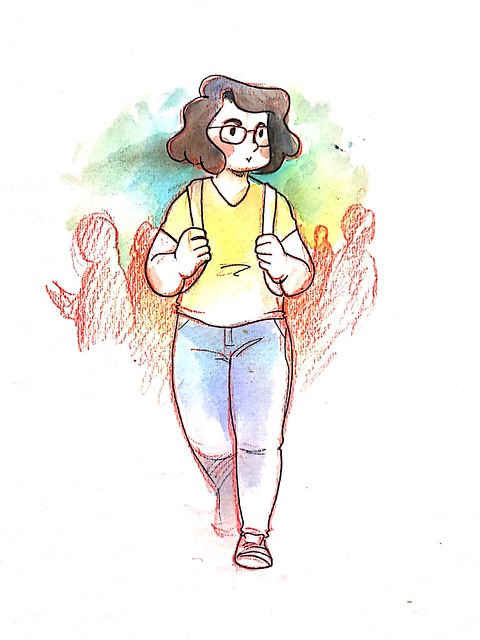 So, upon entering college, having already been proven wrong multiple times, my mind insisted that this experience would, in fact, be just like Sydney White or The House Bunny or even Pitch Perfect. 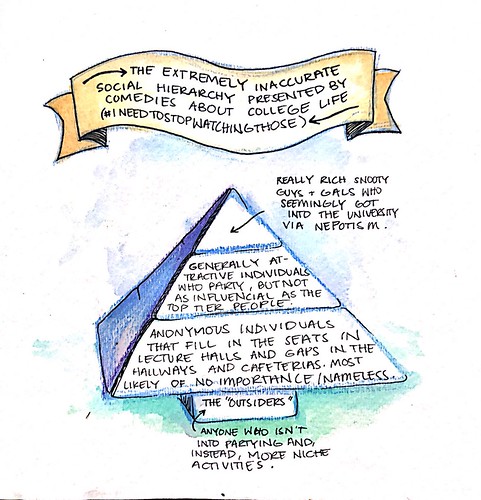 If there is one thing that I’ve learned while attending City Tech, it’s that you can find your place and no one will judge you for it. Everyone is too busy trying to get through class and paying tuition that there’s no time for petty judgements. I’ve found different circles to circumnavigate on campus, between my Buzz sisterhood and the family I’ve created in the CMCE department.

The ones who could easily fit the “jock” or “cool guy” stereotypes in their high school days are some of the hardest working academically and the most accessible. The “pretty girls” don’t care how good you look, just how good their GPA is. No one fits in a single over-exaggerated archetype. Instead, the people I’ve met rarely judge openly and allow themselves to be proven wrong.

Life is no movie. There is no singular category for the people I meet and I have no idea why I continue looking for them. 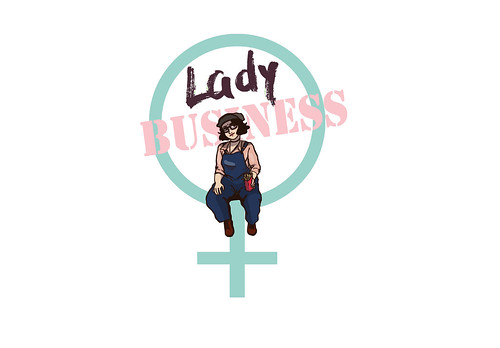 A young girl in my Sunday school class asked me: 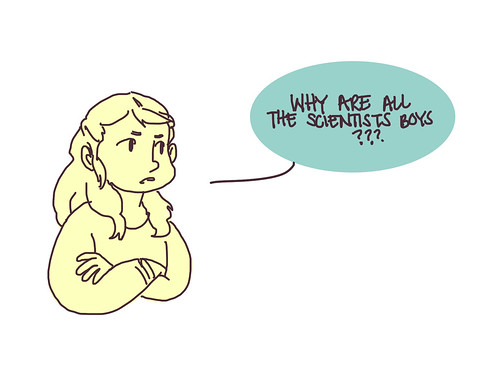 Slightly horrified, I gaped as all her friends looked at each other sullenly and agreed. They sadly nodded to one another and sat in quiet contemplation. Being as they were in my classroom and about a foot away from me, I felt it was my duty to pick up these poor disillusioned younglings. 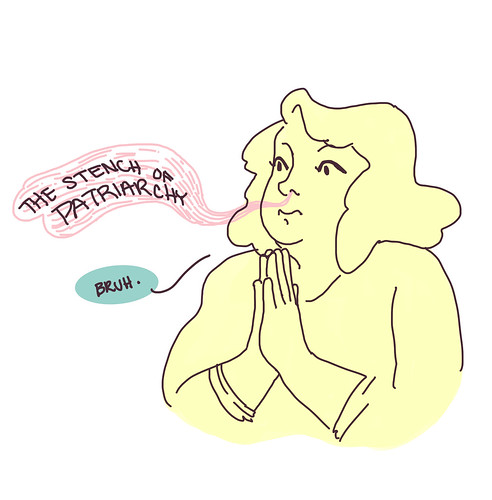 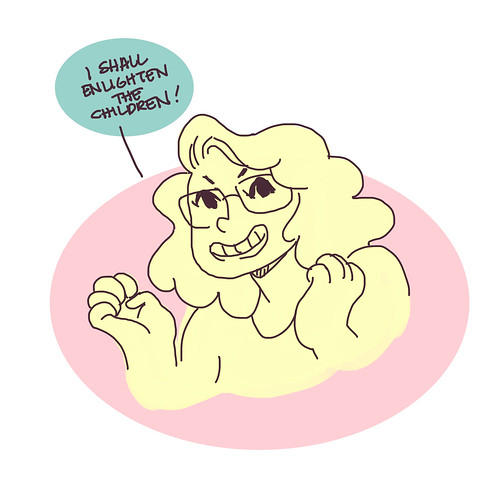 Of course, in my mind, my intervention was almost divine and third-eye-opening. Unfortunately for me, it came out as a garbled mess of rushed words: 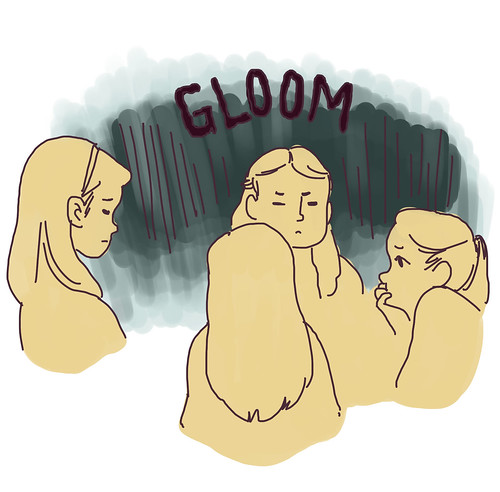 Flustered, I looked the four fourth graders dead in their eyes and waited with bated breath as to view their reactions. One said: 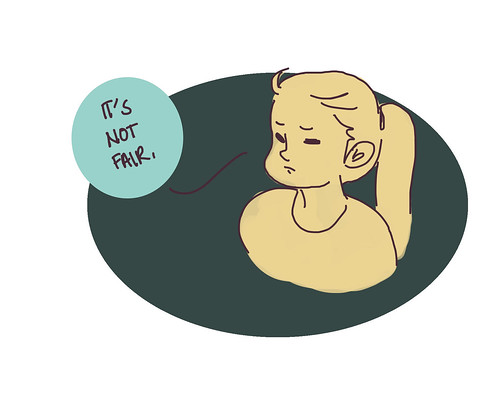 To which, I replied: 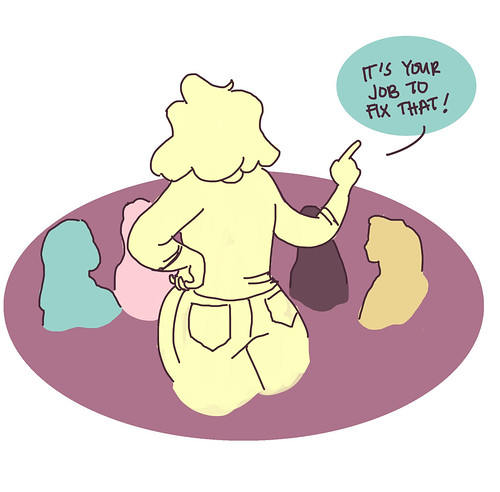 And let me tell you, the wonder in these young girls’ eyes was almost too much to handle. It was as if, for as long as they’d been alive (approximately nine years) it hadn’t occurred to them that they had such power even as woman in such a male-oriented world.

Nine years is a long time!

Why do we systematically tell such precious souls that they can’t achieve what they wish to achieve? These little beans had no idea that they could be whatever they set their mind to and worked hard for! Insecure women stem from these little girls who are constantly told  that only men can do certain jobs and that women should take on occupations of the “gentler” notion.

But we can change this, y’all!

We can educate these young girls that they can be engineers, surgeons, doctors, astronauts, construction workers, boss ladies! They should never have the wonder that I saw in the eyes of my students last Sunday because they should have it instilled in them that they can do it all. It should not be a surprise but a  normal everyday thing: Girls are amazing, and we can do anything!

The truth has to take root from childhood and these young ladies need more than their Sunday school teacher to teach them that. We need to bring this kind of encouragement not only into classrooms, but into family homes, playgrounds and anywhere we go. A future of strong female leaders are waiting for their time to bloom. We owe it to them to start nurturing that seed. 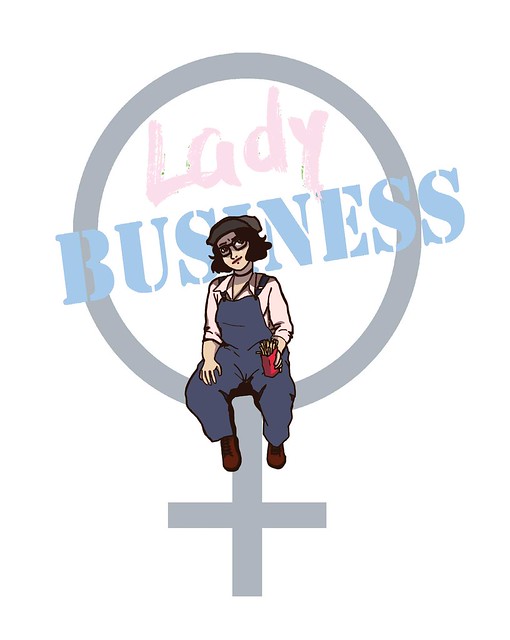 Many people look to the likes of Maya Angelou, Hillary Rodham Clinton, Eleanor Roosevelt, Alice Walker or Shirley Chisholm as their feminist heroes. But as a young girl, I never knew of these women or their heroic roles in America. Most of them I only know little of; mainly a brief knowledge of their largest achievements and nothing more. 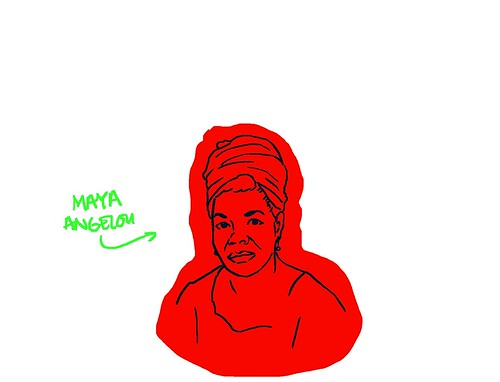 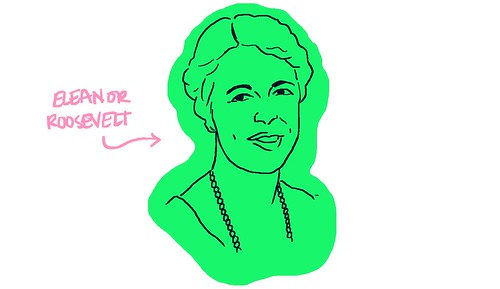 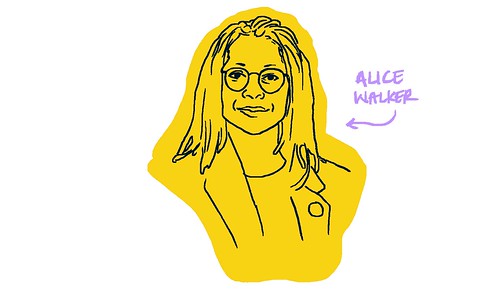 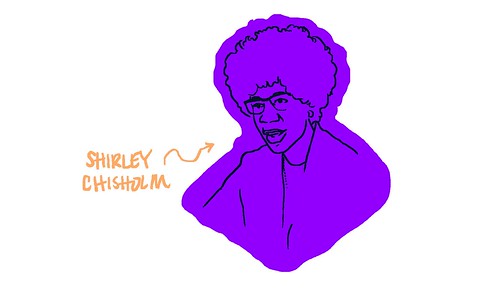 American politician, educator, author and the first black woman to be elected to the US Congress.

As a young girl, the strong women in my life were my grandmothers, my mother, my aunts and… Julie Andrews. 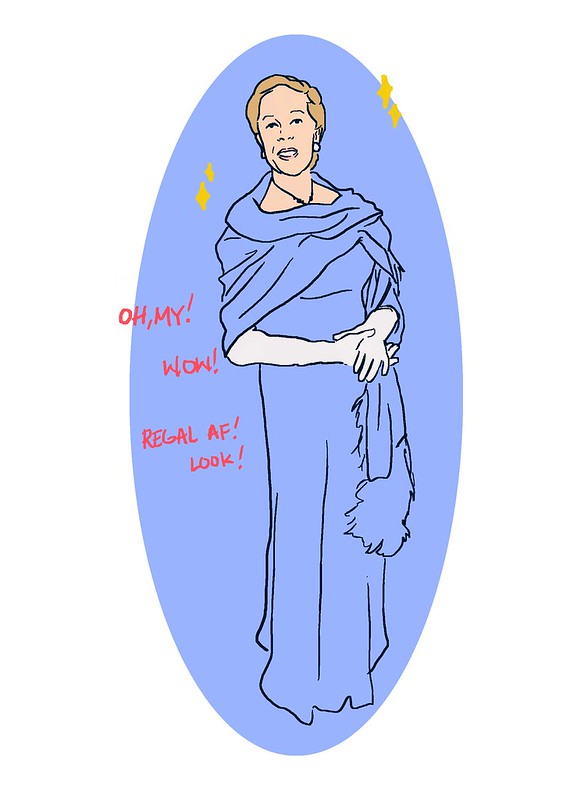 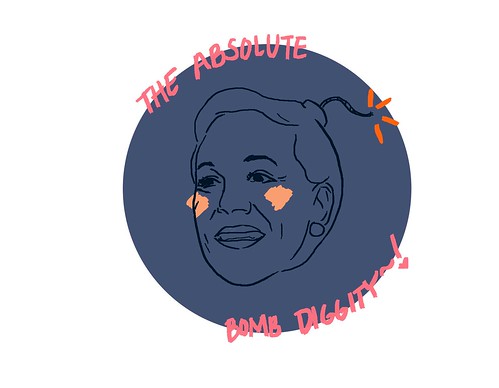 She was Queen Clarisse Rinaldi, Mary Poppins, Maria Von Trapp and basically just the most magical woman– Nay! HUMAN– to exist in my lifetime. I watched The Sound of Music and wanted to be as reckless and filled with the life that Andrews’ Maria was and is. I wanted to be as in control as Mary Poppins and just as straight up fire as the queen she portrayed in The Princess Diaries. 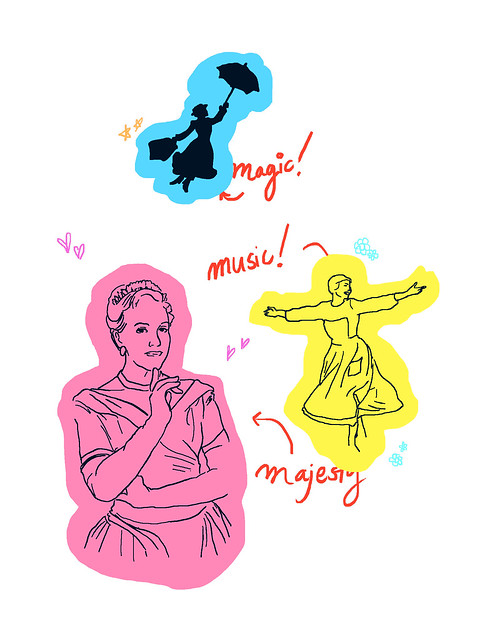 Her fictional roles, however, pale in comparison to a woman who has had a career that spans over seven decades and a multitude of awards. Julie Andrews may have lost some of her range vocally, but she continues as a cultural icon. She perseveres and remains one of my favorite of my role models.

As I continue to discover myself as a woman, I will, of course, find new heroes and new goals. However, Julie Andrews was one of the first public women I ever looked up to and I still admire her as such.