-Lauren Daigle, “Wordless” on her album How Can It Be

Have you ever been so overcome with emotion that you were completely speechless?

We often put ourselves in others’ shoes, imagining what we would do if we were in their situation; but when it happens to us, somewhere between the realm of the hypothetical and reality, we lose our thoroughly-thought-out, immaculately articulated responses.

There will be times when, frankly, life will shut you up. Something so shocking, painful, or nerve-wracking will leave your lips locked and your tongue tied. Choosing to speak up will not be the easy, automatic thing to do, but you will know that it is the right thing to do.

Two weeks ago, in my blog post The Right to Remain Silent, I talked about how silence can be a constructive form of communication. On the flip side, there are times when keeping quiet hinders more than it helps. It is imperative to know when to break the silence. 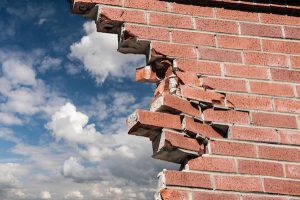 Speak Up against Injustice

Victims of injustice often have a hard time seeking justice on their own. The stigma, pain, and residual feelings of weakness stifle their attempts, and they remain silent because it seems to be the only reasonable option. This is especially the case for victims of sexual assault, violence, and harassment. Nevertheless, whether you are the victim or you know one personally, speaking up about it might be uncomfortable, but it is the only way to initiate change.

City Tech has taken a stand against crimes of that nature by providing mandatory When Yes Means Yes… Sexual Assault Training for Students and  Title IX Training for Employees. The goal is to make more people aware so that the excuse “I didn’t know” evaporates. Bringing the issue to the light affirms the victims, exposes the perpetrators, warns potential offenders and calls the bystanders to action.

Speak Up about Secret Struggles

If you are anything like me, the worse a problem gets, the less willing you are to tell people about it, especially if it is an internal problem. By internal I mean something going on inside of your mind, a struggle in which you are battling your own thoughts, emotions, or habits.

To give one example, I am guilty of being too much of a perfectionist at times. If I am running late to school, I would much rather it be due to delays and packed subway cars, rather than my oversleeping or not being able to find my glasses. I end up red-faced and teary-eyed on the train platform, angry at myself for making the same mistake over and over, angry that I did not get to bed early enough so that I could wake up comfortably and early this morning, angry that the reason I stayed up is because it took me hours to complete an assignment that other people could do in just one… Next thing you know I’m angry at myself for being angry and making such a big deal over nothing.

It can be a simple character flaw or a clinically diagnosed disorder, but whatever inner struggles you are facing, I encourage you to speak about it. If you were able to handle things yourself, then you wouldn’t be battling yourself. So what will keeping it to yourself do, except make things worse? Reach out to counselors at school, a trusted friend, a professional, a spiritual leader, family member–any confidant can make all the difference. Sometimes you need to hear a voice other than your own, but first, someone has to hear yours. (Please check out my fellow blogger Samantha’s post on a similar topic, Virtues from Motherhood: Needing Help Will Never Make You Weak.)

Speak Up and Get “Greased”

Have you ever heard the saying, “the squeaky wheel gets the grease”? This means that if you have a need, you should make it known. As a college student, and especially a transfer student, I have often felt lost in a sea of demands. I have had to fill out dozens of applications, and I did not always know if I was doing so correctly.

It can be very nerve-wracking to have to go to an office and ask questions, especially if you don’t even know where to start, or if the clerks appear to have a bad attitude. Even so, there are countless resources at your disposal, both on and off campus, to help you with whatever you might need (if you are a City Tech student, see our academics site and student services site). And all of those intimidating officers and professors, guess what? They are paid to help you. When I was at NYU and facing plenty of financial conflicts, one particularly helpful bursar officer gave me his card after an appointment, and repeatedly encouraged me to come back and ask more questions because that was why he was there in the first place. So please take my advice; as the song says, “For / no one can fill / those of your needs / that you won’t let show” (“Lean On Me” by Bill Withers).

Speak Up and Be Yourself 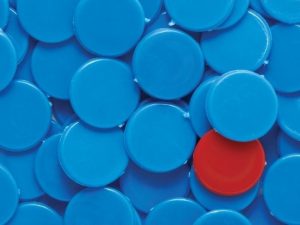 On a lighter note, it’s not always a matter of being in need. It is important to speak up just because you have the natural born right to do so. We are all entitled to have our own opinions and to express them freely (and respectfully).

We live in a time where the lines between fact and opinion are often blurred. Sometimes opinions are given even more importance than facts. People will think you’re crazier for saying “I think Trump makes a good president” rather than “the moon is not real, it’s man-made.”

What’s more, everyone goes around saying “be yourself,” but the fine print under that statement reads, “as long as ‘yourself’ fits into this mold, or is popular, or is politically correct.” You might feel pressured to keep quiet because you are afraid that people will disagree or look down on you. My response, in short, is so what?

As a reserved Christian, my opinion is almost always in the minority, but “minority” does not mean “negligible” or “does not exist.” If you think a certain way and have taken a firm stance on something, no one has the right to silence you.

I encourage you, reader, to do something different today. You can even start small, and work your way up. Raise your hand in class if you don’t understand what the professor just said, rather than nodding absentmindedly. If you think that the person next to you is wearing an awesome shirt, tell him so. Tell your sister that she really hurt your feelings, because she might have been totally oblivious. I dare you to break the silence, because you are most definitely worth hearing. 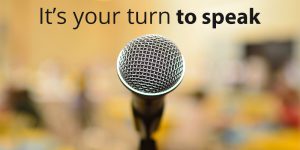