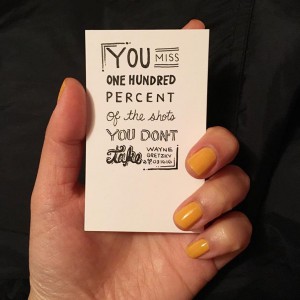 “My first years of college was filled with thought of despair, I didn’t know where I was going or what my next step was. I left HS excited for the future and 2 years into college I felt like I was lost. I then realized that it was because I was scared of failing. Scared of trying the unknown. All the decisions I made were mediocre. I took a bet and tried different things. I explored different fields. I am now (3 years later) graduating with a degree in mechanical engineering, starting my second degree and in preparation to start my own company.” 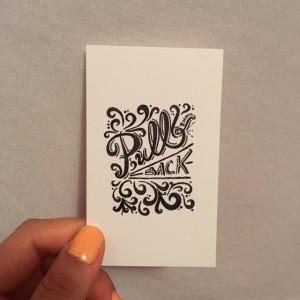 “Recently, I learned this quote from a coaching and communications training from work. Pulling back, in the simplest term simply means to take a few seconds from any conversation to analyze and determine where you want the situation to go. A good example of this is to determine if a conversation is a flight or fight situation.

The training provided three steps to analyze the conversation to access the outcome towards progression for a solution, to change the situation into one where the outcome is a product you want. While this training changed my communication approach and was helpful in improving my communication skills, pulling back means so much more to me. In my every day life, I’ve begun to practice pull back by not just simply using it in conversations, but when I make decisions on what I want to do. By allowing myself to pull back, I allow myself to not beat myself up when I miss an appointment, or when I do not accomplish what I want. Pulling back allows me to re-analyze and restructure my day and goals. Pulling back can simply means to take a deep breath, which sometimes I forget to do in the busy hurdle call life.” 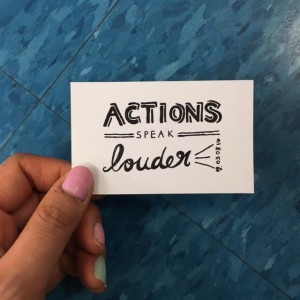 “I am a firm believer of staying true to my word (which may end up to be pretty ironic by the time I have written this). I’d like to hope my reputation will precede me. To me, being a man or woman of your word requires a certain level of responsibility and respect towards such person you are promising to. Growing up I was always big on honoring the promises I would make, but I was never verbally taught to do so. Funny enough I guess I learned through actions, more specifically those of my parents. I remember one of the best promises I made with my parents was when I was about 7 or 8 years old. The promise was in exchange for me doing good in school, my parents would get me a dog for my birthday. I named him Biscuit. Nowadays words mean very little in this generation with our actions simply being ones and zeroes. It might just be me but I find it pretty sad that we’ve allowed social media to be used as a form of (what is supposed to be genuine) expression for our family, friends, and loved ones. It pretty easy to spot, the all-out essays written for birthdays, anniversaries, and other special occasions. In order to be a man or woman of your word, you have to take action. If there’s anything I’ve learned is that promises mean much more from those that don’t need to.” 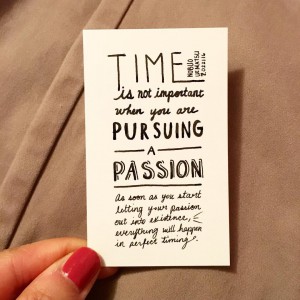 “I became a music and dance teacher because of a breakthrough when I was younger. Loved video games but unlike many of my peers and friends, I loved them mainly because of their music.

I played Final Fantasy since age 12 but at age 20 I learned about Japanese composer Nobuo Uematsu and how much of the music I had lifted for ages was composed by him. I set out on a mission to somehow meet him and ask him some very important questions. My dream came true in 2012, I saw him live and got a chance to sit and chat with him.

That moment I felt a rush inside and I became urgent about my future and I explained a little about my life and my aspirations. He noticed a sense of urgency with me and my goals and how I’ve treated time as a sort of enemy. Always felt too old for what I wanted to accomplish or like time is running out till he said those words that put it all into perspective for me. It hit me like a lightening strike. Since then I set out to manifest my dreams and today I’m more than content that I have been living my dream and will continue for as long as I can take breaths.” 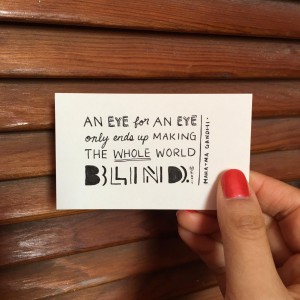 “It’s a quote from Mahatma Gandhi. I’ve learned about him in high school and ever since I’ve been fond of him; his humbleness and courageous soul. This particular quote sticks with me because it’s about things you see everyday. If someone mistreats you, most people will try to do the same in return. But why? What good comes out from it? It don’t make you feel better.” 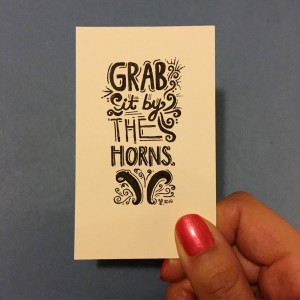 “This whole week I’ve been trying new experiences and revisiting old ones, it started with the passing of my grandma. It made me realize that life is too short to sit back and watch it pass me by. I have to get up and “grab it by the horns”, as the saying goes. She lived a long life and touched a lot of lives. She had a HUGE turnout for her funeral. Seeing that is what made me wanna DO more. She lived her life, I want to, as well.” 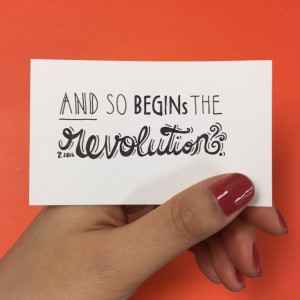 “The funny thing about this is… My dad bought this Roku thing as soon it released and it was around the time I started finals in my Associate’s year. He unboxed it and out came this quote card right here. At the time I had strong emotions towards changing the world, especially for the homeless.

So everytime I look at it, I get motivated. I don’t know, I just kind of love how simply it’s phrased. It’s weird, but it spoke to me so I choose to keep it around. I feel good about the future to come.”
Student Name: A. A.
Major: Computer Science
Age: N/A 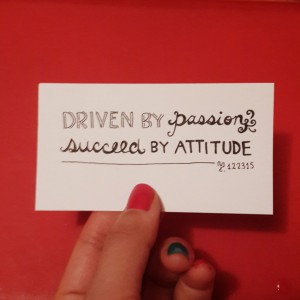 “I believe we must find our passion in life. Once we find what drives us- then by having a positive attitude we can succeed. Success for everyone is different- success to me is happiness. I do not have a lot of friends, I do not have an adventurous lifestyle, but I know what drives me happy. My happiness comes from being able to share a memorable experience with people and being able to touch their heart. I am passionate about marketing because it is in marketing that I can create the magical and intangible experience that connects to people head, heart, and soul. Life is full of obstacles and challenges. Every time when I wanted to give up, I remind myself… I must stay strong and positive for what I love/what I believe in- my passion.” 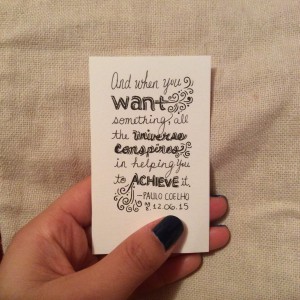 “Initially when I first read the alchemist I was head over heels in love with this man whom I felt the universe kept putting in my life for as many times as he wasn’t seemingly supposed to be (even up to this very day and it’s been 15 years). Now that I’ve matured, this quote has come to reflect my determination for when I want something. I generally stop at nothing and because of it, the universe bends and twists to make it happen for me. I truly believe that the universe conspires and whispers behind your back even for things you’re not sure you want just yet. Lol.” 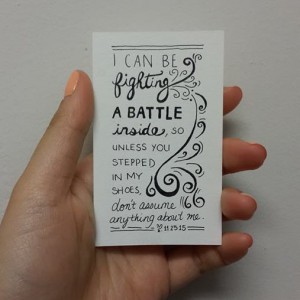 “When I was 15 years old, I was hit by a car. After my physical recovery, I noticed that I was scared of the smallest things. I was even scared to cross the street alone. I feared my life, and was not expressing my thoughts to anyone. I was getting nightmares and flashbacks of the incident. When I turned 16, I was already in High school. I was being bullied for countless reasons. Wearing a headscarf was one of them. But I was always smiling. I felt that the best way to express my feelings was to take them out on myself. They were negative emotions so they lead to negative results. I was harming myself both physically and mentally. I think it was my junior year of High school where I was doing things to keep me awake to prevent nightmares, and consuming substances I had no business in taking. Eventually, when my mom found out what I was doing, I was sent to doctors, therapists, and later, to a rehabilitative center. I was there for 2 weeks. I would attend sessions with other people who have different personal problems. There I was diagnosed with PTSD at it’s primary stages. After my time at Rehab, I needed time to readapt. But I was at a great recovery stage. I would still attend therapy, but not as often.

I’m 22 years old now. I am unable to say that I completely recovered, but I discovered a new person in me who is more caring, sensitive, and happy. There are times where I can be over sensitive, but that is all part of the process. I’m happy. But I learned that a lot of people are not, which deeply upsets me.  Some people just don’t understand what others are going through, and that’s okay, but they say anything to anyone at anytime, and that’s not always okay. I can be fighting a battle inside, so unless you stepped in my shoes, don’t assume anything about me. People say I care too much, but I say that I care enough, because I have no idea what others are going through, and they don’t know what I went through. I’m thankful for what I’ve been through and what I’ve learned., and I have learned a lot. ”