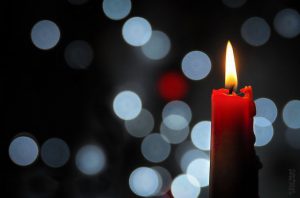 Now that November has officially begun, I am counting down the days until the holidays. Thanksgiving is near and so is Christmas, then there is New Years. This time of year is the most exciting for me and I am not talking about the exchanging the gifts, it is just the season altogether. The sanctity and simplicity of togetherness is what truly makes the holiday season special to me. I love being able to spend time with friends and family as well as partaking in holiday specific events. I enjoy soaking in the sentimental feeling that the holiday season brings. The beauty of the Christmas trees adorned with the most decorative ornaments. The way that the cold weather evokes the need for hot beverages such as coffee or hot cocoa…the simple scenery of how the cold weather impacts nature around us. The happiness that surrounds us that influences us to have better days despite the struggles that were faced throughout the year. The way in which Christmas brings the hopes and wishes of snow to add more authenticity as well as a pathway for Santa to drive his sleigh to drop off gifts while eating lots of cookies and drinking tons of milk. Some say that it is way too early to begin the spirit of the holiday season as Halloween was only just a few days ago. But I have already begun the process, I have already made a list of the gifts I will be purchasing for Christmas for those special to me. I have already thought of the perfect meals to prepare. I have already started listening to holiday themed music…I have already belted out the lyrics to Mariah Carey’s “All I Want For Christmas Is You” a billion times. I am so ready for the holidays; it is when my worries and woes begin to drift away. 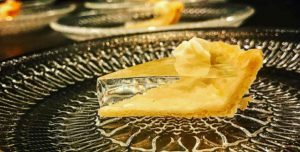 To me, holidays bring on traditional dishes such as cranberry sauce, a turkey, macaroni and cheese, mashed potatoes, and stuffing. As well as my favorite part…dessert. The desserts can consist of pecan pie, sweet potato pie, and the most popular, pumpkin pie. But more recently, pumpkin pie has taken a new form; changing from the traditional dessert to a whole new appearance. There is a popular restaurant in Chicago named Alinea, it is one of the most iconic restaurants for its amazing food quality and creativity that it lends to the culinary world. They have created an entirely new vision for the classic dessert of the pumpkin pie, and it’s clear. The pie appears clear and has no distinct color as it has a transparent appearance. According to Huffington Post, the crust is made of the traditional pate brisee which is a crumbly butter crust. But the filling is where it becomes less traditional as it is more scientific then the usual science that is readily involved in baking. The chefs at Alinea create a mixture of cooked pumpkin and sweetened condensed milk as well as a mix of spices like cinnamon, cloves, and ginger powder. This mixture is then heated up until the vapors from the mixture condense into colorless droplets that can then readily possess the flavors of the pumpkin pie. This process is done in a rotary evaporator not a traditional average post in order to properly collect a certain amount of cleat condensation that can then be mixed with gelatin. This will allow the filling to stiffen and get the smooth consistency of the classic pumpkin pie. So the result is a pumpkin pie with a clear pie filling packed with the traditional flavor of a pumpkin pie as well as the amazing texture of this holiday classic.

Comment below with your thoughts of this new spin on a traditional holiday dessert.