As I did each part in this project along with the project#6 in ADV1100 class, it probably took two days to do. Thinking about ideas for the gallery, finding the right text to use, choose the right words that works and  brain storming on what point your coming across for the reader to understand.

Honestly I thought about the main idea to go for on the day we were assigned for this project. I didn’t have the document at that time, but I didn’t know what text to use. So, I chose to use a document from the humument page that contains the words I need that follows my main idea. By the way, the main idea was basically how people can’t always see what the other see in an artist perspective. So, we all have different ideas or meanings for what the image is displaying which can make another person think but stick with their own idea. I’m not trying to say that its a bad thing, but an interesting way we are as humans. We all are different. That’s why my title for the catalogue is named, “Differences”.

When I say that it took me two days, I mean two days to plan things out before I jumped into making my catalogue. I had to reread the text I chose over and over again and then chose the perfect words that flows well with my main idea. It wasn’t that easy, but I tried. As I finally felt happy with what I got, I got into writing the catalogue and the note with confidence.

As you look at something. Think about what it means. Not everyone can notice what your seeing, so, they word it out differently that will make you want to glance at it again and won’t be able to see it. Either of you will truly see it.

Imagine standing in front of a painting or sculpture of lovers. and you’ve been staring at it for a while but not reading the note from the artist describing it for you. Suddenly you gasp an “oh” for the idea you finally get. So you think the art work is showing a quiet and peaceful moment between the two lovers and you found that to be the true meaning. But then another person comes next to you  and observes as well. He says “oh” and shares with you what he sees. He says that the lovers are experiencing their first departing moment and saying their last goodbyes. You become puzzled and stare at it again. You try to see what he’s seeing but you can’t. You share with him your thought and he looks back at the image. He doesn’t see that. Both of you would stare at it at the same time but won’t get the same idea because you two are sticking with the meaning you got from it.

My main focus in my Humument is to send a message or propose a meaning of how we as artist see things in different perspectives from just looking at something. We all have that one idea in that one thought in our heads of what the image is portraying.

In this piece the words I put together were,

“Of all the pictures, perfectly true,  meant life and soul, touched you. She probably not seen it which meant different title, some words seeming strange like yours”

To break down the sentence, ‘Of all the pictures’ represents the images/paintings/etc. that you’re looking at. Then, ‘perfectly true’ means the perfectly created in it’s own way. Next, ‘meant life and soul’ shows the description of the pictures and ‘touched you’, that it had a emotional connection those you. ‘She probably not seen it which meant different title’, as in how different the other person will see or feel as the image that is in front of them and how the person won’t know what your seeing. Finally, ‘some words seeming strange like yours’, that means your meaning will seem confusing towards that person and his/her meaning will do the same to you.

Honestly at first your going to think about the sentence and wonder what it means. Basically, just remember what I said in the beginning and then reread the sentence. Basically it’s saying that even if your looking at something, your eyes will guid you to see what is the truth of what your staring at. But other’s won’t be able to see what your seeing because they have different ideas/meanings for it. So, it would be confusing for both you and the other’s. Everybody is different in trying to reveal the true meaning. But i’m saying this in the artist point of view when they observe a picture. 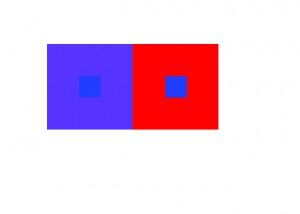 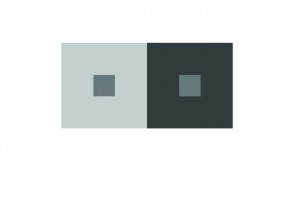 During project 4,  I didn’t really expect to do something like this for a project. I just thought we’re just gonna walk around, see things, explain it and that’s it, but actually doing the route and taking the time to  see what is around you and have a sort of connection or feeling or emotion from what you’re looking at and where you are. You want to show everyone or anybody how things are in your perspective. I thought project 4 was a good experience for me to explore somewhere different to find what interest you if the route was quiet or filled with beauty or involves happiness or etc. I like to share things I like to convince people to do something that I think would be appropriate to them  and even though I’m not that convincing a times, I try my best to really get people in the spirit of wanting to see or do something without feeling like “oh it’s raining/it’s not a good weather today”, “oh I don’t want to do this cause I’m lazy”, but getting that feeling of wanting to do something is relaxing, refreshing, and comforting.

In my opinion this project helped me mentally and physically because I can be lazy and just stay in bed or if I’m in school after my classes are done for the day,  I just sit & eat with my friends, but  don’t move around and see what’s around the area. I want to see what’s around the school. I never been around Brooklyn as much (I don’t live him Brooklyn by the way) and it would be really cool to just see what’s out there for me to see. Mentally,  I just overthink a lot and become stressful from tons of work I have to do and personal things but the walk helped my boyfriend ,whom was  with me on the route, and I. It helped clear our minds and and try to enjoy what’s to see, have fun with it. Also tried not to think it was a project, but a challenge. I had smile on my face and he had a smile on his face. It was good to see him happy, is good to feel happy and when I looked at the Brooklyn Bridge I felt like I accomplished  something and I wanted see more. I mostly focusing on the beauty of the bridge and see it in a different view and setting.  it’s just hard to explain but Sometimes I see things In artist  perspective and  it’s just amazing. I explain it more in my Pitch essay! Check it out!

Hey people! My name is Sheryl...well, you probably saw my name already but whatever. I'm glad that you have come to explore my artwork and become inspired by what you see. I'll make this short & sweet :) Thanks again!