Welcome to a New World

How I Began Song Writing

History, memories, childhood, most of which lays in a dense fog, still and low to the ground. A few with its colorful bright tones which stands out making it easy to see and recall. Meanwhile, others with a hue that may not shine through the mist can vaguely be seen, I sometimes stumble upon, grab to regain balance and feel it’s familiar shape and its image begin to come back as I wisp away from the cloud covering its beauty. Oh what a forgotten memory rediscovered. Writing, a tool used to get away from a world moving fast, where I would be still in a moment in time as if time had stopped just for me to sit and write. Pondering my next word and everything in between as I calculate the syllables to create a bounce. That bounce was everything, it defined my style, my ability to deliver my words in a rhythmic fashion which was my own and could be distinguished, connected to me. Music was my drive and writing lyrics was my passion.

As a young kid, me and my sister were often homebound without much to do. We used to build huge cities out of books throughout the hallway of our 3 bedroom apartment. Other than that we would hunt for things to watch  on TV. We would channel surf every channel over and over until one day we heard music coming from one of the channels. We turned back and discovered music videos. Back then music videos were not in abundance as they are today. They only came on at a certain time of the day or night and were on for only 30 minutes. The music was often rock and roll and I guess was pop in the 80’s. This one video would come on; it was so insatiable, it was Mary Mary by Run DMC. My sister and I learned the chorus of the song really quickly and later learned the lyrics. We would jump on my mother bed yelling, “Mary, Mary why you bug’n”, and sound out the guitar rift between the lyrics. This is when I began learning the words of all songs that I like so I could sing along until I started to write my own songs. When I would visit my cousin Sam, he would know a lot of rap songs and some songs I’ve never heard before that were really good. However, these songs were his own, he had been writing his own song to the beat of well known songs. I really liked this so began to write my own songs and we became a rap duo where he would recite a verse and I would follow after him. I realized that his verse was better than mine because he had already had some experience and I had just started. So, I started to really pick and choose what words I wanted to add to my song. Problem was, my vocabulary wasn;t as vast as his. My cousin was very smart for a young kid. I used to read the dictionary to learn words, which in turn encouraged me to do that same. But the meaning of the words I would find didn’t make sense for what I was trying to say in my songs. I realized that this was more than just making words rhyme, that this was a strategic art. Stringing words and sylaballe together to create a rhythmic style that was unlike others because back originality was a big thing and rap music was still new. So, I began to focus and I needed a quiet place to write and zone out to a beat that I really liked and found myself suspended in time because I did realize that the world was still moving around me when my mom would stop me because it was dinner time or I had to do a chore and had not realize that hours had gone by. 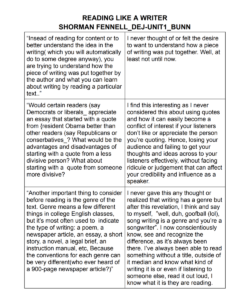 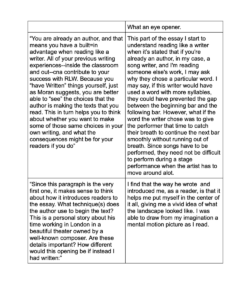