Skip to toolbar
No Way Out But Through: A Freshman Writing Odyssey 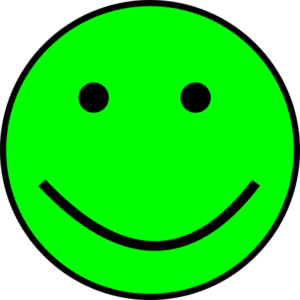 Did you know out of ten of the longest words in english one of them happens to be pneumonoultramicroscopicsilicovolcanoconiosis, it refers to lung disease that happens when you inhale silica particles or quartz dust from a volcano the shorter word for this disease would be silicosis. When you say the word it takes you some time to pronounce it. The same way many of you are trying to pronounce this forty-five letter word is the same way I learnt to read. I never had the type of parents who would tuck you in at night and pick up a story book and read to you. I thought those only existed in movies or story books. When I heard my classmates sharing a brief summary of how they learnt to read that’s when I realized my parents never read to me.

The first time I entered kindergarten I didn’t even know my own name. When we moved here my middle name became my first name. I found it silly that the teacher would make me walk from the end of the hall and back to the class as if it’s my first time meeting her until I got my name right. I would look up to my mother dumbfounded as to why she was calling me “Roczuel” instead of “ Aaliyah”. I repeated this about ten times until I outgrew patience and wanted to cry out of frustration. I eventually budged and said, “ Roczuel”, that was when I was allowed to enter the classroom and sit. I thought the hard part was over but soon came tracing letters on the dotted lines and have to say them. I hated it! I would go home with homework not wanting to do it. My mother wouldn;t help me. Neither my sister, Rochelle. I would sit at the table and do it on my own. No treats, no prizes, nothing. But doing the work to get it over with so I can rush off and eat lunch because food was always on my little mind even to this day. That’s how I learned to read and write surprisingly. As I grew older, I was reading and writing on an advanced level as my teachers called it. We had alphabetical book levels and the highest levels were X, Y, and Z. I was Z by the time I reached fourth grade because I would go to the library in school everyday to pick out a book to read at night, I wouldn’t stop until I finished the book in one sitting and I’d rush to go get another the next day while my friends were in M, N, O, and P. Even though their reading levels weren’t advanced their math skills were impeccable compared to mines. I had one teacher, named Leobrowitz. She was the teacher I hated the most because she would make me sit down in front of all my classmates, criss-crossed on the mat and say my multiple tables. She singled me out and I felt embarrassed. Even though she did that I got a great score on my state test for the math portion and an even higher score on the reading. I had a lot of memories with her and always thought she hated me but we became best friends. If she stopped the class for being bad while walking up the stairs she’d make me sing our favorite hannah montana song. Come to think of it, Maybe I do owe her for believing in me and helping me when I had no help to begin with.

© 2021 No Way Out But Through: A Freshman Writing Odyssey