Every day we walk passed things that hold so much value and potential to be looked through. Many times we stop and admire, and many times we don’t want to appreciate what took so much creativity and time to conjure up. But when people actually take just a minute out of their day and admire, their eyes open to a whole new world they never stopped to consider before. And the best part is, everyone holds a different opinion on what’s good and what’s bad about a subject; which in my opinion makes the subject universal in some aspect. Seeing something with your own eyes is great, but stopping to capture the moment erases the thought of a fleeting moment being just that, a fleeting moment. That photo will live on as a remnant of lost time, and through the ages becomes open to interpretation on what the owner was feeling in that moment. Susan Sontag in On Photography says that pictures of people, distant lands and faraway cities invoke strong emotion and lead people to ponder (539). I agree. In this essay I want to talk about photos—in general and two of my own, to talk about how I consider photography to be an art because of how it’s open to opinion and interpretation.

My first photo was taken just as me and my family were leaving Six Flags on the night of October 21, 2017 at exactly 10:58pm. The sky was very gloomy and dark, ironically, because Six Flags had a Halloween theme going on called Fright Fest. There was a crescent moon, sky filled with clouds that looked like they were ready to drop rain any second, and the parks smoke machines acted as if they were on overdrive. Complementing the dark sky was an array of vibrant lights set up all across the park. So much so that the pairing of them with the fake smoke caused us to literally not be able to see more than about twenty-five feet ahead of us—I can safely say that was one of the scarier experiences I had there. The studium of the picture is what seems to be a statue of a demonic creature with a pumpkin head and a cane. Surrounding him is a pool of water that’s lit up with bright red lights to simulate blood, and lastly there are tombstones and skeletons around the edges. Also visible is some of the fake smoke I was talking about earlier, with an eatery and some rides in the background. Seeing the contrast between the light and dark I remembered that it would be a great opportunity to capture a photo before we would leave. Which reminded me of when Sontag said: “The one who wears a different expression holds a camera to his eye; he seems self-possessed, is almost smiling… only he has mastered the situation. What do these people see? We don’t know” (535). What she said here perfectly matches my take on photography. What’s being photographed is totally in your hands; you’re in control. Your take on the subject can be different than anyone else’s. Everything in the subject can be looked from seemingly infinite perspectives with stories lined up to be told in the future.

My second photo was taken at exactly 1:20pm on the 5th of July. Let me provide some backstory: I drove to wok that day and my heart was racing. I didn’t know what to expect; I worked daycare so the whole time I was wondering if I would get along with the kids or not, or if I’d get along with my coworkers and my boss. But luckily everything I went smooth. I was on break and since I worked at Queensbridge, I decided to snap a quick shot of the Queensboro Bridge. The sun was shining and the waters were calm. You can of course see the bridge itself, along with the Manhattan skyline in the background, clear skies and a calm vibe. The bridge didn’t seem that busy, which at the time I contributed to the fact that many people were probably on vacation. The trees were greener than ever, and I’d just finished my break. But what gets me every time I see this picture is the punctum. This was the first day of my first job ever. Every single day I would see this bridge, whether it would be on my way to work, taking the kids to the park, or actually using the bridge to go on field trips. Sontag mentions later on that pictures are “A way of certifying experience” (534). To everyone else who sees the bridge, they might not think anything of it; or they might have something else to contribute about it through their perspective. But etched in my mind are everything I remember from working there whenever I see the bridge.

In sum, photos will continue to evolve and engage with people for the years to come. And I hope people will be as open minded now about particular subjects then. I know photos have a lot more meaning than what most think. I learned to interpret pictures in a plethora of ways. The studium, which is the basic subject is fine and all, but it’s better to look a little into everything. Not everyone will be looking at the same thing; something insignificant to you can be someone else’s highlight, and emotions will be scattered through everyone’s minds. 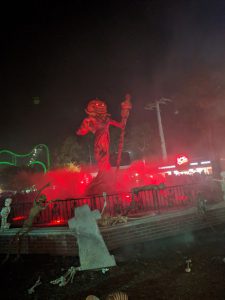 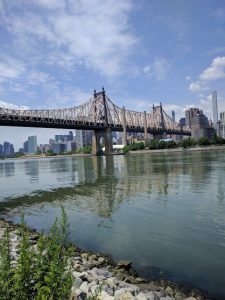