“New York City”, what’s the first impression of that place? When you listen people tell you about New York City, what kind of the imagination come into your mind? Although there have many different juxtapositions & style of buildings, different cultural tradition of people, different landscape around us. New York City is not only hear or seeing, its about living the present and knowing the past. The past build up our beautiful and prosperous city; Bring the opportunity around the city in the present. You have to open all of your senses, perceptive of New York City by your feeling, seeing, hearing and touching. This idea come with the articles “City Limits” by Colson Whitehead, “Never listen to what people tell you about old New York, because if you don’t witness it, it is not a part of your New York.” The best example that starts to create our own perspective of New York, no matter what happens we have to accept the new and face forward our New York is changing..

The overlapping New York City I choose to go the Empire Fulton Ferry Park and Brooklyn Bridge Park, they juxtapose each other between the Brooklyn Bridge. I thought this is the best place for people to know it when you never ever seen the view of Manhattan. To get to this location you exit out of the Namm building and turn left to the Jay street, then go through the Jay street to the York street and turn left. Keep going to the Washington street and turn right to the Plymouth street, before you walk into the Plymouth street. Around those street have a fascinating place for people take a rest and most attractive shop. When you walked into the Plymouth street, the Manhattan Bridge is on your right side, there is the Empire Fulton Ferry Park. Keep walking to the left side, then will see the Jane’s Carousel and the Brooklyn Bridge in front of you, there is the Brooklyn Bridge Park.

Brooklyn Bridge Park is a park on the Brooklyn side of the East River in New York City. It’s a recreational, environmental and cultural destination enjoyed by visitors to New York City. There have a perfect view of the Manhattan, all juxtaposition of the buildings stand in the other side, have different style of the buildings between Manhattan and Brooklyn. As you know, Manhattan is the economic and cultural center of the United States. When you gaze afar into the Manhattan, the skyline at night from the those Building at Brooklyn Bridge Park. Shown are clear examples of Art Deco, Modern and Old architecture. Manhattan’s buildings have architecturally significant buildings in a wide range of styles spanning distinct historical and cultural periods.  “Our old buildings still stand because we saw them, moved in and out of their long shadows, were lucky enough to know them for a time. They are a part of the city we carry around. It is hard to imagine that something will take their place…” From the article “City Limits” by Colson Whitehead, those building recorded the memory of different periods, is an important part of the New York City. Even though, some buildings start to change when they are  torn down and a new are build in its place. But the point is to move forward because New York will continue to change with or without us.

Why I’ll choose Brooklyn Bridge Park as the location because I always take the N train go through the Manhattan Bridge, I look at the Jane’s Carousel think that is a awesome place for people relaxing and comfortable. Sometimes I take the N train at the night time, the view of Manhattan have an attractiveness to catch my eyeballs. When the nightfall, Manhattan buildings nightscape look similar with my country – Hong Kong, which called the Pearl of the Orient. Both have the modern buildings and multiculturalism background,imposing buildings like the waterfront, but the difference between two places is the level of the buildings. In the New York City, most of the taller buildings are build in the Manhattan, because as you know there is the main economic center then the modern buildings will build at the center. However, it’s difficult to find out the smaller house or buildings in Hong Kong, because Hong Kong is an over-crowded city, have a large population in a small area. There only can build the taller buildings to improve the area problem.  Addition, the main reason of I choose because those two parks are the best and convenient place for people turn on the relaxed mood. The peaceful and beautiful environment is indeed enjoyable. Also, parks are often called the green lungs of an urban area, you can enjoy the surrounding view, such as the view of Manhattan at the Brooklyn Bridge Park.

Brooklyn Bridge Park and Empire Fulton Ferry Park are the green lungs of an urban area, is a awesome place see the landscape of the Manhattan. Many people of New York City was first seen by different reasons however, from there all start to create own perspective of New York. All of the different story, people, buildings are changing every moment, even though you stand on the park look at the Manhattan. No matter what happens we have to accept the new and face forward our New York is changing, using your sense of hearing, seeing, feeling the change. People have to living the present and knowing the past, then oneday you’ll say “you are a New Yorker when was there before is more real and solid than what is here now.” 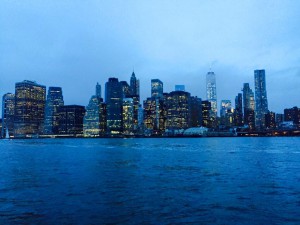 View of the Manhattan at the Brooklyn Bridge Park 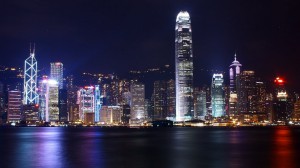