“”You must,” the Reverend Mr. Pleasant Green would say unctuously, “trust the Lord more fully, Helga.” This pabulum did not irritate her.” (277, online version)

Understanding this word tells us that the way how Reverend Mr. Pleasant Green was talking to Helga in a way to persuade her to trust more in God was acceptable in her mind. She was willing to allow his spiritual talk to move her to see what he was saying was the right way even though she looked and believed in not trusting God so much.

Unctuously (adjective) – full of unction; especially : revealing or marked by a smug, ingratiating, and false earnestness or spirituality

Understanding this word tells me how he said what he said towards Helga. He said it trying to sound earnest and righteous in a way so it seems and sounds right despite her view on God in the past.

Finicky (adjective) – extremely or excessively particular, exacting, or meticulous in taste or standards

“In the certainty of his goodness, his righteousness, his holiness, Helga somehow overcame her first disgust at the odor of sweat and stale garments. She was even able to be unaware of it. Herself, Helga had come to look upon as a finicky, showy thing of unnecessary prejudices and fripperies.” (271-272 online version)

Understanding this meaning tells us that Helga was able to focus on exactly what she wanted to focus on which was the admiration of the man and was able to block out the disgusting smell of sweat and stale clothes.

“And in that moment she was lost-or saved. The yelling figures about her pressed forward, closing her in on all sides. Maddened, she grasped at the railing, and with no previous intention began to yell like one insane, drowning in every other clamor, while torrents of tears streamed down her face.” (254, online version)

This word kind of paints a picture of how she was yelling/crying by showing us that the yell would start off loud and then slowly began to get lower and lower. Once it’s low then tears will begin to fall down her face and then the yelling/shouting/crying will begin again at the loudest to gradually lower.

“James was aghast. He forgot to be embarrassed. “But Helga! Good heavens! Don’t you see that if we-I mean people like us-don’t have children, the others will still have. That’s one thing that’s the matter with us. The race is sterile at the top” (231, online version)

The word ‘aghast’ tells us how James facial reaction was towards Helga’s response. It shows that he was not expecting Helga, who wants black people to be appreciated, so he thought she would have kids with another black man like him. But was not the case so it took him by surprise and thought that she didn’t understand the importance of it.

Riotous (adjective) – of the nature of a riot

“That night riotous and colorful dreams invaded Helga Crane’s prim hotel bed. She woke up in the morning weary and a bit shocked at the uncontrolled fancies which had visited her.” (pg 133)

Understanding what ‘riotous’ means describes the dream that Helga Crane had which was a dream that was vivid and out of her controlled which is what led her to wake up shocked because they seemed real and it was something that she should’ve controlled but couldn’t.

“That night riotous and colorful dreams invaded Helga Crane’s prim hotel bed. She woke in the morning weary and a bit shocked at the uncontrolled fancies which had visited her.” (pg 133)

Understanding this word helps visualize the hotel bed that Helga Crane slept on. 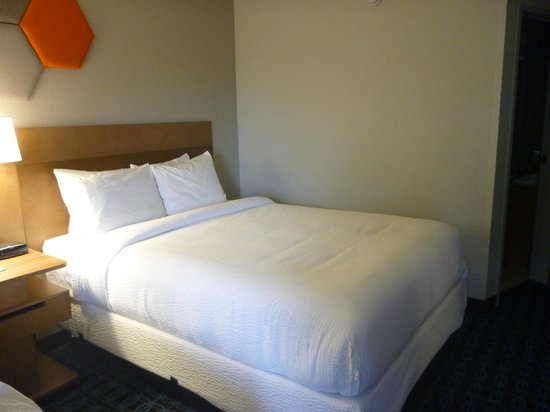 There is always a thought, emotion, or belief that influences someone’s words. While Helga Crane is waiting to meet with Dr. Anderson she looks outside and sees working women wearing a colors that are dull which she does not agree with. While looking at the working women a thought came to mind when a woman she have heard say that bright colors should not be worn by colored people. The color of clothing is important for Helga, and there is a contrast between the ones who want people of color to blend in and the ones that want people of color to stand out. Knowing background about fashion trends, African American women’s fashion choices, and how color has a ‘symbolic’/emotional reaction to others will help readers consider Helga’s dilemma with her appearance and of other colored people. The book was published in 1928, taking that into consideration, the type of fashion that women had will help visualize them during that time. Here is a photo that shows the types of clothes that women wore during the 1920’s:

It is seen that women wore skirts at least just at or below the knees with a blouse and a hat. But during the 1920’s was what is known as ‘The Harlem Renaissance’ which had a major impact on fashion especially women of color. According to “Fashion During the Harlem Renaissance” it says that colored women’s clothing “was designed to express grace and elegance…silk gloves…” This shows that colored women during the Harlem Renaissance had their own way of fashion that was influenced not only by the fashion trend but also by the movement of music and art from their own people to help make their clothes represent themselves. Having this fashion in mind it will be useful to know that when Helga referred to the clothing of the working women, she said ‘Drab’ which means a dull, lifeless, or faded appearance or quality. Drab colors being “mostly navy blue, black, brown,..” (Larsen, pg 38). Which is the opposite statement the woman from her past memory said, she believes colored people should wear those colors in general, working or not because it blends in with the color of the skin and does not ruin the visual pleasure. While according to “How Adding Bright Colors To Your Wardrobe Can Help You Beat The Winter Blues”, it says, “Research has shown that both yellow and green evoke positive emotions, for example, while black and gray are reminiscent of mourning, sadness and depression.” The woman is underlying that the color of African American skin reminds or fills her up with negativity and believes that if their skin makes them feel that way then they should not wear colors like yellow that makes them feel happiness, joyful, positive because it contradicts their emotions. Since they can not change the color of their skin then she believes that they should all match the color so when others like herself look then there is no confusion of emotions. Helga mentioned the word ‘luminous’ which means emitting or reflecting usually steady, suffused, or glowing light. With that being said Helga, on the other hand, saying that when colored people wear those colors then they are not showing off their complexion because it is being blended in with those colored clothing. They should wear bright clothing to show off the melanin that is in their skin and stand out to those around them to show off the color of their skin because it is in fact a beautiful sight for them to dress the way they feel best represents themselves and the culture and should not confine their appearance for others pleasure sake.

“The incident left her profoundly disquieted. Her old unhappy questioning mood came again upon her, insidiously stealing away more of the contentment from her transformed existence.” (pg.113)

The characteristic of non-optimistic questioning appeared again as if it was waiting for the chance to come out and seize it’s moment. Which wounded up making her unhappy about her life.

Furtive (adjective) – done in a quiet and secretive way to avoid being noticed.

“Helga Crane felt singularly apart from it all. Entering the waiting doorway, they descended through a furtive, narrow passage, into a vast subterranean room. Helga smiled, thinking that this was one of those places characterized by the righteous as a hell.”

Understanding the word ‘furtive’ tells that the ones that Helga was with when walking in, what seems to be a hallway, were walking in a quiet manner as if they didn’t want anyone to know they were there.