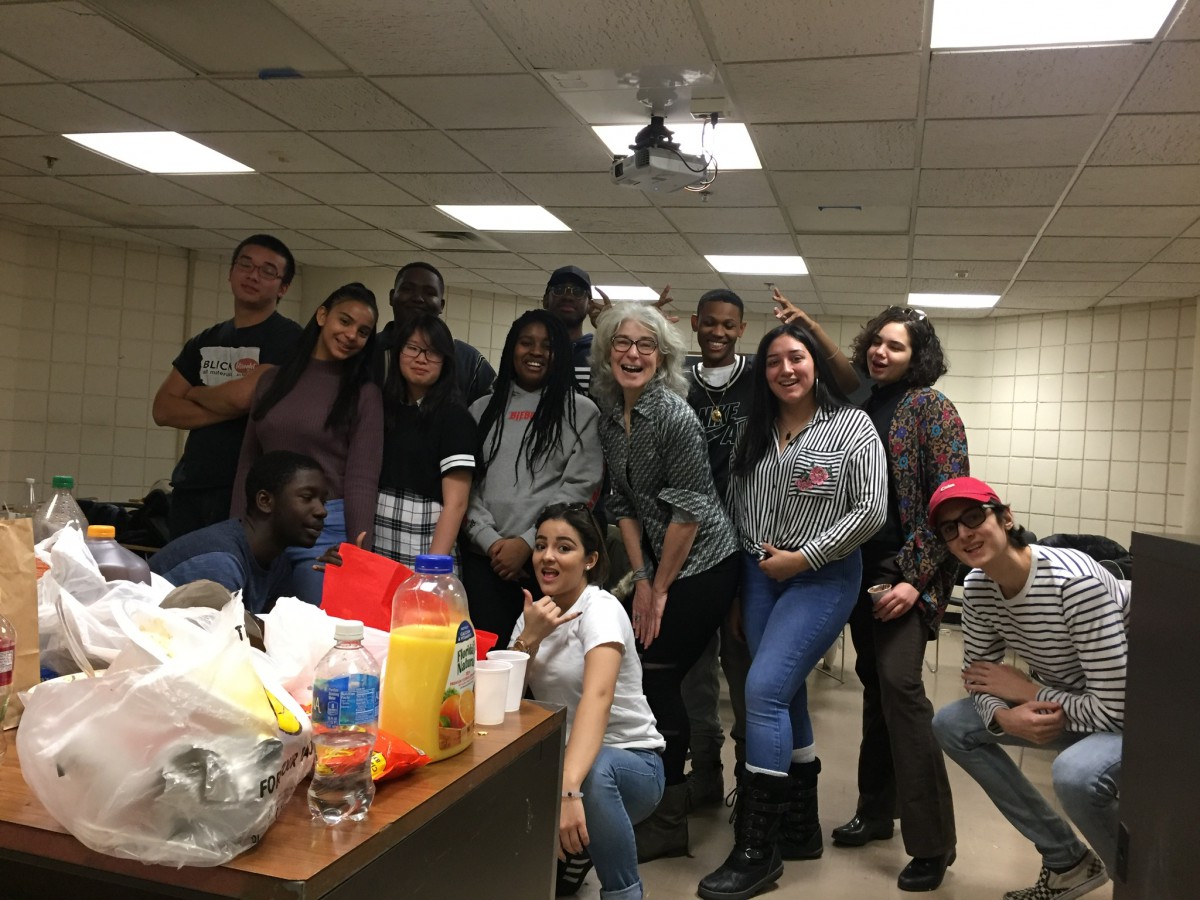 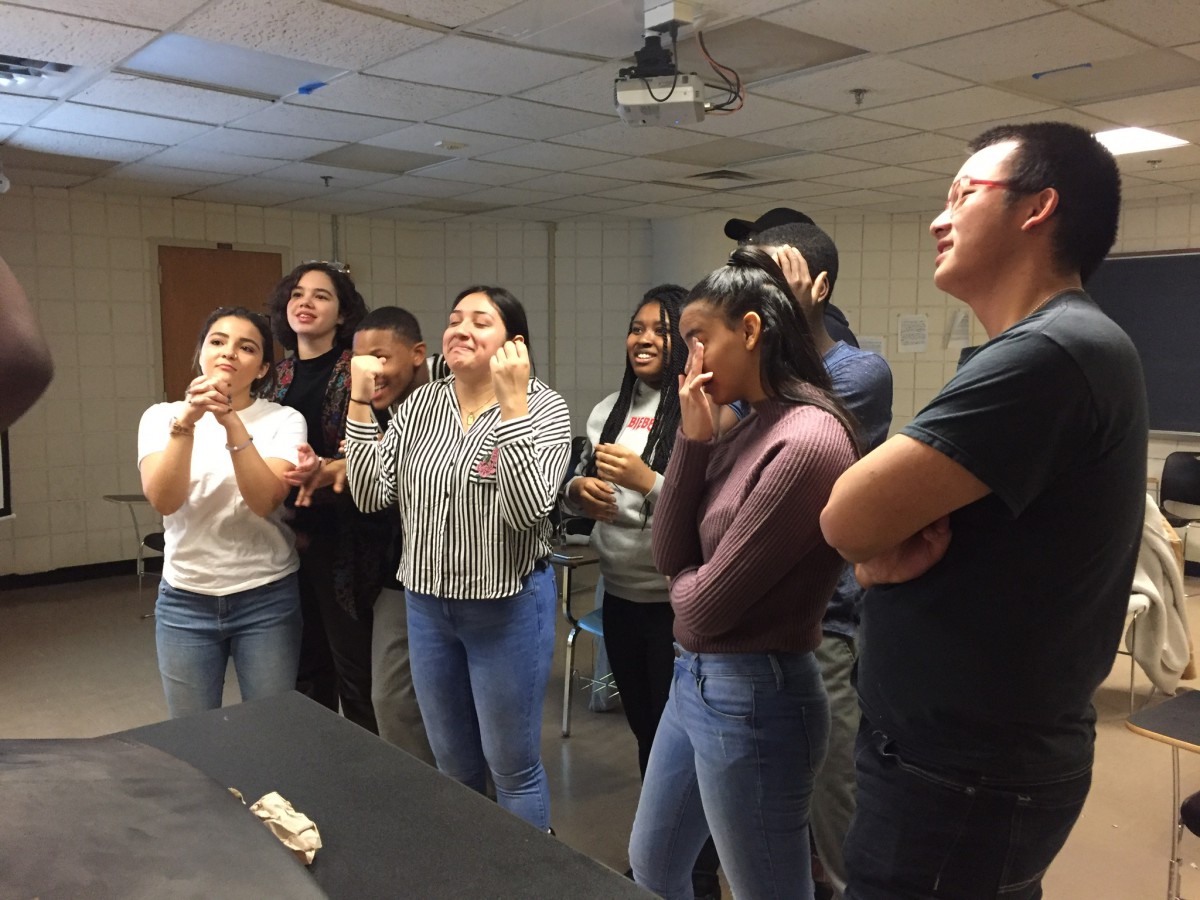 I’ll be updating our list of possible activities as suggestions come in. Comments and suggestions are greatly appreciated.

Your party planners are:

Bryanna and Taylor and Alexander. Please start “commenting “ here or blog posting on this topic. We need to CONFIRM that everyone is on deck and contributing to our

To facilitate attendance, Office Hour will now be officially moved from Thursdays to Mondays _12:30PM-1:30PM_ in classroom  G208.

G208 is on the second floor of the General Building, down the hall from the CUNY Testing Room. (Essentially, it is located one floor above the Bookstore.) It is a classroom, and is equipped with a podium with A/V setup.

Stay tuned to email and OpenLab, as usual, and I will be in touch.

Another De-Bunking About The Pope…

Check this out. Seriously!
Here is the link.

Now, you may wonder: where did I find it?
This is a great field guide that goes along with your Style Guide.

Here is the link to the post.
Here is copied text from the site:
CLAIM
The Rothschild Family owns 80% of the world’s wealth, with a net worth of $500 trillion.

RATING
FALSE
ORIGIN
Images reflecting an old rumor about the Rothschild Family’s unimaginable accumulated global wealth hold that the Rothschilds are worth $500 trillion and hold more than 80% of the world’s total wealth:

rothschild family
jacob rothschild
While the Rothschilds are indeed very wealthy, claims about their net worth such as the ones displayed above are grossly exaggerated.

Conspiracy theories concerning the Rothschild family date back to the 18th century, and the family’s wealth was largely responsible for the anti-semitic belief that “Jews control the world’s money supply.” The Rothschilds are frequently associated with theories about the Illuminati, the New World Order, and other dark money groups that supposedly pull the strings of world governments, and the Rothschilds have been blamed for everything from starting wars for personal gain to funding the Holocaust to assassinating U.S. presidents.

Skeptoid delved into the Rothschild family history in 2012, noting that:

The greatest of these financial adepts was Mayer Amschel Rothschild, born in 1744 in a Jewish slum of Frankfurt. Not much is known about his early life, as his was one of tens of thousands of marginalized, outcast families. But once he came of age he became an apprentice at a small bank in Hamburg, where he learned the trade. Returning to Frankfurt at the age of 19, he offered his own banking services in a modest way, beginning with trading of rare coins and related investments. He was energetic, clever, and most of all he was charismatic. And he was smart, seeking out wealthy clientele, and associating with nobility whenever he could. By the age of 40, he had consolidated his most important business contact: the Landgrave William, the Elector of Hesse, one of only a tiny number of nobles empowered to elect the Holy Roman Emperor. When William was younger, he had engaged in the trading of rare coins with Mayer’s father, and so the two had always known one another. When William inherited his own father’s massive fortune, his friendship with Mayer Rothschild gave Mayer the ability to begin conducting larger international transactions.

For one, the world’s total wealth was estimated as of 2015 to be only $250 trillion, half of what the Rothchilds alone are claimed to possess:

Global wealth reached 250 trillion US dollars in 2015, slightly less than a year earlier, due to adverse exchange rate movements. The underlying wealth trends do, however, generally remain positive, according to the Credit Suisse Research Institute’s annual “Global Wealth Report.”
Also, the Rothschilds began acquiring their wealth in the 1700s, and since then the family has spawned hundreds of descendants, so there is no longer any centralized Rothschild family wealth. The closest thing to a “Rothschild Family” business in 2016 is the Rothschild Group, a multinational investment banking company, but that firm does not in itself generate nearly enough income to back up claims about the family’s wealth. In 2015, the Rothschild Group’s annual revenue was approximately $500 million. In comparison, the world’s largest company, Walmart, has an annual revenue of nearly $500 billion.

It should also be noted that only one member of the Rothschild family is included among Forbes’ 2015 list of the world’s billionaires: Benjamin de Rothschild, who was ranked at number #1121 with a net worth of $1.61 billion.

While the Rothschild family certainly was one of the world’s most significant financial powers in centuries past, they no longer wield the same sort of influence over global affairs.

Hope dies during “Transformers: The Last Knight.” From the very beginning, this is an incoherent mess. Cade’s daughter and her boyfriend—both memorable characters from the last film—are gone, the daughter written off with a couple of horrendously manipulative beats about her being at college and Yeager being on the run. He can save the world but he can’t see his daughter. Whatever, fine, but also gone are Stanley Tucci (other than a brief cameo as Merlin in the opening scenes) and Kelsey Grammer. The villains of the first film are replaced here by a purely CGI enemy named Quintessa (Gemma Chan), an interstellar being who wants to use the home planet of the Transformers to destroy Earth by basically crashing them into one another. She’s such a cartoonish, poorly designed villain that she never feels like a real threat. 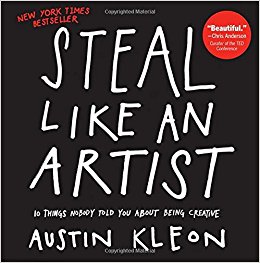 If you haven’t already, I reccomend reading Austin Kleon’s Steal Like an Artist: 10 Things Nobody Told You About Being Creative. It is a book that was written with the purpose of teaching people how to come up with creative ideas. The book is very informative, eye-opening, and quite charming. I believe everyone should read this book, even if they believe they don’t have a creative bone in their body.

I stumbled across this book about two years ago while browsing through my high school art teacher’s various titles or art book in the class’s small library. The small, five shelf library was filled to the brim books related to the visual arts. There were art publications, art history books, books on how to create art, books about art colleges– I mean, you name, it was in there.  Or at least  it felt that way.

I saw this tiny, black square of a book sandwiched between two colossal art history books on Salvador Dali. I plucked the black square of a book out of the shelf and was faced with its title that read “Steal Like an Artist.” Stealing? Isn’t steal frowned upon in the art community? I was intrigued. I finished the book the day I signed it out of the library, and was not disappointed.

To make a long story short, I was so enamored with the book after I read it that I wanted to purchase my own copy to keep for myself so I could refer back to all the advice the Austin Kleon gave me. However, I was pretty broke,  so I decided to settle for copying the part of the book that I though encapsulated all of Kleon’s advice into my journal for future reference.

If you guys are as broke as I was at the time (because let’s face it, college ain’t cheap) here’s a photo of the chart from Kleon’s book that I copied into my journal. 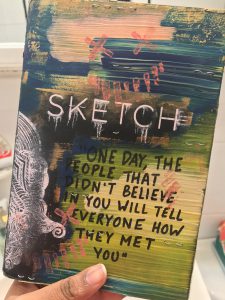 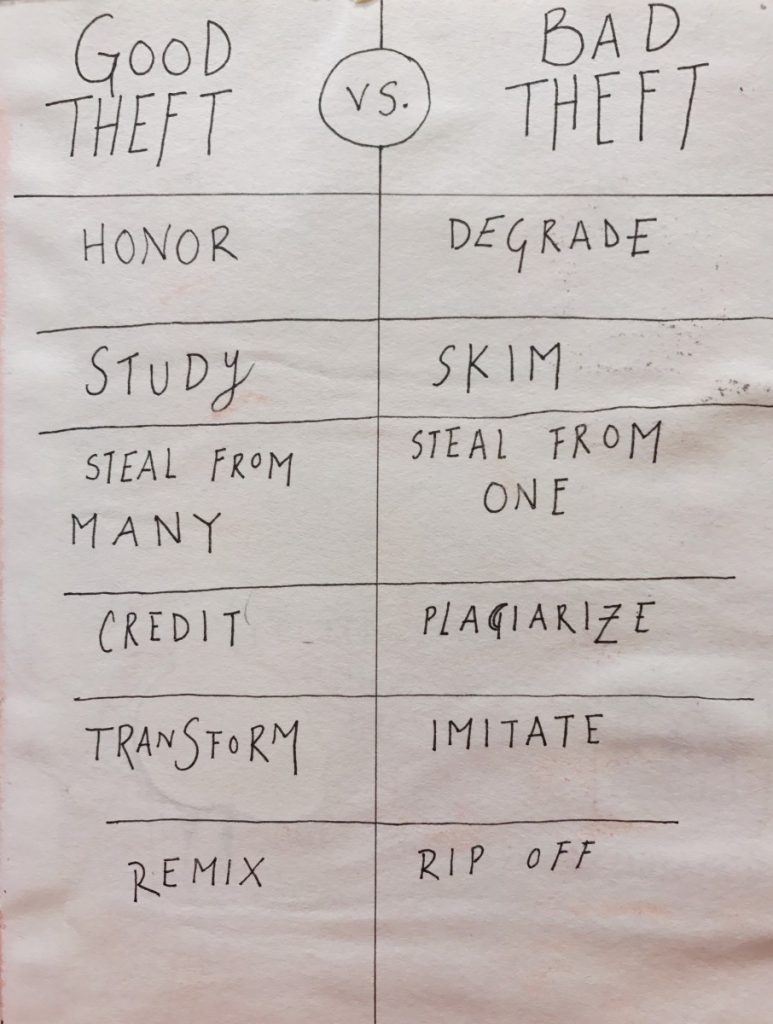