Skip to the content
ENG3407 Gothic Literature and Culture, Fall 2020

Student Examples and Homework for 11/23

Great job with the first few pages of The Haunting of Hill House (HHH).

1–I’m so sorry that I forgot to do the Weekly Goth! I can’t believe it especially since it has been so fun and frightening. So, we will begin on Monday with the last two.

2–Haunting and Haunted House Ideas… we have not discussed these concepts as much as we should. I think the Wikipedia page for Haunted House is actually quite good, so we will use that as class information. Here’s the link:

For our purposes, the first six sections of this long article are useful.

3–Here are the chapters and page numbers for HHH:

*Then read up to page 64 in HHH (finish chapter 4), and answer these questions in your notebook:

1–Who are Mr. and Mrs. Dudley? Describe them.

2–What do Eleanor and Theodora do together after finding their adjoining rooms?

3–What is the history of Hill House (briefly)?

4–Does anything happen during their first night at Hill House?

5–What observation about the design of the house does Dr. Montague make after breakfast?

6–What happens on the second night?

Old Gravesend Cemetery (circa 1905) Credit to Joseph Ditta and gravesendgazette.com 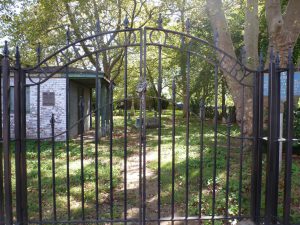 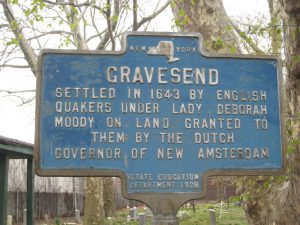 A Bit of History

Proximity to my Old House 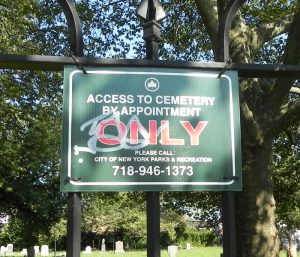 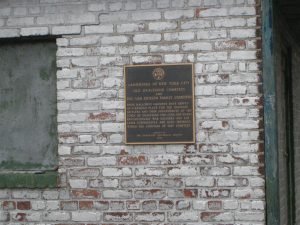 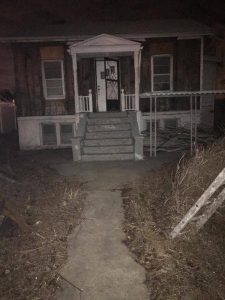 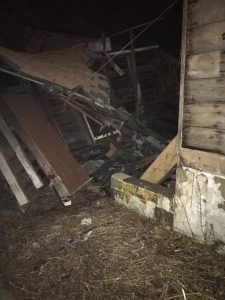 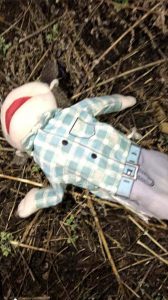 Thanks for the gothic and architectural uncanny images and paragraphs! Make sure to post them if you haven’t already.

For Wednesday, let’s read up to the middle of page 11 (up to chapter 5) in The Haunting of Hill House.

Here is a link to that page displaying future skyscraper in NYC:

List: Skyscrapers Under Construction or Planned in New York

According to Anthony Vidler, the Architectural Uncanny is represented by a feeling of anxiety in which there is a slippage and lack of clarity between what is homely and what is unhomely. The architectural uncanny reflects modern qualities of individual and social estrangement, alienation, exile, danger, and homelessness. The very places in which we should be calm and confident (at home), we instead find ourselves unsure as to our identity, a feeling that Vidler believes emanates from fragmented, mirrored, reflecting, and transparent surfaces that we see and move through—and live within.  (Image from John Wick Chapter 3):

Again, great job with the Weekly Goth! Looking forward to next week’s examples.

For Monday, I want students to take/find two photo examples–one of Gothic architecture and one of  Vidler’s Uncanny. Post the two photos and brief explanations of where and what the photo depicts. Point out a few characteristics that make the structure gothic or uncanny. The explanations can be short, less than 100 words. See my example in the Gothic Architecture category.

**Optional: I’ve posted a longish introduction to the history of the gothic by Nick Groom. These pages attempt to fuse the history of Germanic tribes to the reformation to British nationalism to art and culture. See Readings.

For Wednesday, review the section in the Readings menu tab on Gothic Architecture (and the handout on Architectural Uncanny)

Here’s a clip from Blade I:

Quiz 2 and Homework for Monday, Nov 9

Great job with the Weekly Goth! And thanks for working hard to wrestle with Poe’s “The Fall of the House of Usher.” I think that Quiz 2 (on the right sidebar) will be fairly easy after today’s class, that is…if you took notes. Be sure to proofread your work before submitting.

**I have long detested the word CREEPY! Why is that? Because it is overused to fill in for anything and everything related to the gothic. Please use this word with specificity, not as a general term.

creepy (use this term only if something is crawling/creeping, or crawling over one’s skin, or repulsive in a strange way!! I Don’t like #3, but I guess I can’t wish it away.

Read Blade #1 and #2 (in Readings) and select your favorite panel/frame/page. Come prepared to explain to the class why it is your favorite. Make sure to establish context so that we understand its importance/relevance.

I was quite impressed by the first two Weekly Goth posts! Good job Kwame and Yarlin! Let’s keep that sort of quality and insight going.

1–Please review both versions of “House of Usher.” Then, in your notes, list ten plots points in chronological order. What are the key differences between the versions? What is your favorite scene in the text version? In the graphic version?

2–in your notes, write down the definition of Sentience. Then closely read the long paragraph after the ballad “The Haunted Palace” where this concept is mentioned three times. What does sentience have to do with Roderick’s illness, the house itself, and, perhaps, with the death of Madeline?

****I’m going to hold off on the Blade graphic novel until after Wednesday.

I chose the 1980s version while it seems light-hearted because its a musical it is very disturbing. The story starts off with a man named Seymour who works in a plant shop one day he receives an odd-looking flytrap over time it speaks to him asking for nourishment which starts off with his own blood but convinces him to murder civilians in the neighborhood for more. I think this encases the spirit of perverseness as he willingly does so for his own benefit as the plant becomes a major attraction to the shop and impresses his love interest.

2–Homework: Read Poe’s “Fall of the House of Usher,” then read the graphic novel version by Manning and Jimenz. In your notes, explore how gothic homesickness works.

3–Weekly Goth: Short in-class presentation. (video and voice recommended) The presentation should explain to the class what the example is and why it is gothic. It may help to use the example to explain one of our technical gothic terms. Students should post a brief explanation(100-150 words) of the object under review. Check out a good example:  Katsuyo Aoki’s skull sculpture on the Weekly Goth tab. This assignment will be part of the participation grade. Here is the schedule:

On the horizon: we will have quiz 2 next Wednesday.

**I’ve only received 7 Final Drafts of the Midterm Essay. If you have not already done so, please post your final draft today!

1–Read “The Iron Tonic” graphic story and answer these two questions: What examples of the sublime are noticeable in this story? Second, how many gothic elements (there are 4) can you find in this story?

2–Review ideas for The Sublime:

The sublime is the feeling that arises from something awe-inspiring, breath-taking, unique, incomparable, beyond words. The sublime can also be the object, concept, quality, or experience that launches such feelings. As several seventeenth- and eighteenth-century travelers noted, the Alps are sublime in this sense because nothing at ground level prepares one for the view from their austere peaks, where earth and sky seem to meet (e.g., Caspar David Friedrich’s famous painting, Wanderer above the Sea of Fog—SEE BELOW (1817). Western aesthetics has been interested in the concept of the sublime since at least the first century, when the Greek scholar Longinus wrote his treatise On the Sublime. But it was not until the publication of Edmund Burke’s A Philosophical Inquiry into the Origin of Our Ideas of the Sublime and Beautiful (1756) that it became a topic of philosophical interest. Burke’s opposition between beauty as that which is well-formed and pleasing and sublime as that which is ugly, fearful and desirable all at once continues to inform thinking on this subject still. A particularly useful quote from Burke is: Sublimity may evoke horror, but knowledge that the perception is a fiction is pleasureful.” In effect, Burke’s distinction is between that which we perceive with simple pleasure (the beautiful) and that which truly moves us (sublime). German philosopher, Immanuel Kant adopts Burke’s opposition and uses it to discuss the limits of the imagination and the senses in contrast to the power of reason—for him, sublime is exalted and great. 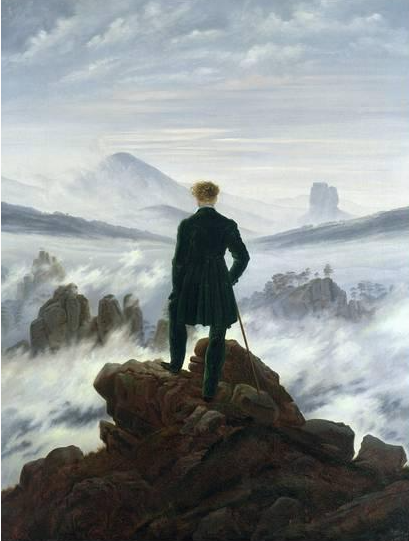 Below: The Hahnen is a mountain of the Urner Alps, overlooking Engelberg in the Swiss canton of Obwalden. It has an elevation of 2,606 metres above sea level. (from Wikipedia article on The Sublime) 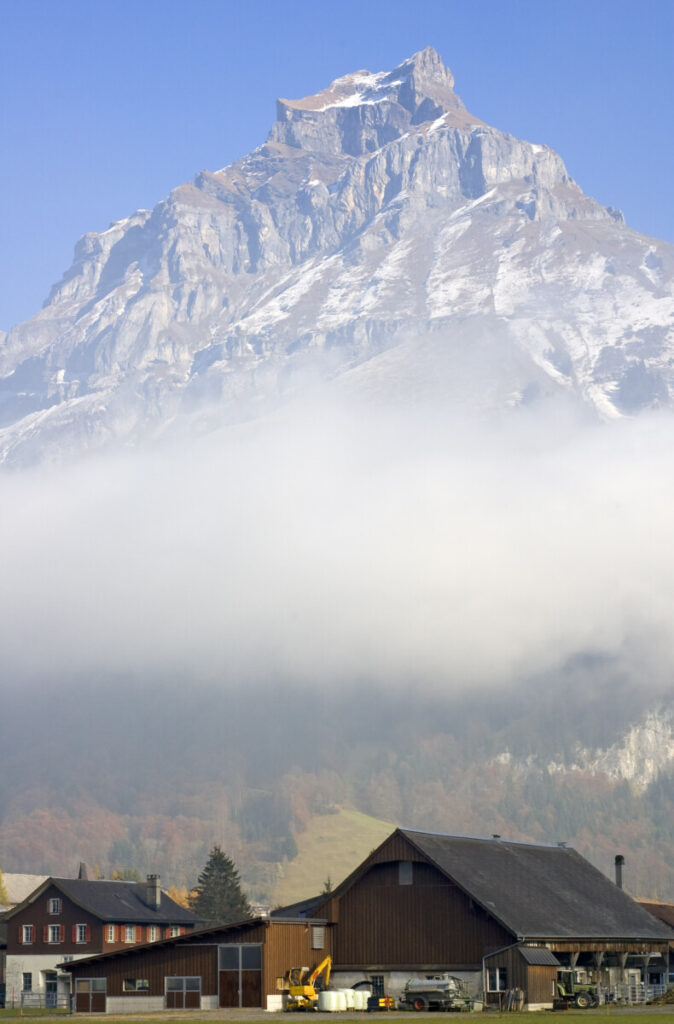 Great questions today. I hope that each of you was able to benefit from all the questions/answers

2–I’ve posted the Terror/Horror handout and the Paragraphs/Sentences handout on the Readings menu tab.

3–We will discuss “The Enormous Radio” and “The Veldt” on Monday (I promise!).

This class is Online and Synchronous