For my route I chose to take the A train at a different stop than normal on my way back home. I went one stop down which was Hoyt & Schermerhorn street. I attempted to do this walk on Monday, but ended up doing it on Tuesday because it was pouring rain. The weather was a lot more dry which I prefer no rain, but it was also very cold, if it were Spring that would be better weather for me to chose to take a walk in. I did my walk after class which was around 2:15. What guided me was the stores around the area and also finding a less crowded area. I was curious to see what places I could find on my walk.

To start I walked to Jay Street Metro Tech where the A, C, F, and R trains are and I kept walking down that street. Jay Street is pretty much always crowded and loud. There’s either the sound of construction or people rambling and moving about. I walked across the street from the Mariott into where you’ll find Five Guys, Chipotle, and many more food stores. There’s a lot of places to sit here and just relax. It also looks very beautiful at this time of year because it’s decorated for Christmas! There’s also a huge Christmas tree right across from Five Guys. Behind the tree you’ll see a work of art that changes every few months. What I found that looked very cool is the art itself but also the trees around it all had no leaves and were in rows, it looked very cool! I then turned back to the A, C, and F subway station and continued walking down Jay Street. Once I walked past the scaffolding which was the area of the subway station, I noticed a lot more stores than when I had began walking. I was walking in a straight line for a while and Jay Street turned into Smith Street. It was still quite crowded but I wouldn’t say as much as the Jay Street area it was much busier there. With everyone rushing, the more you walk down the more it dies down to me.

Once I got to a block of Smith Street that had a car parking service on it I saw that Schermerhorn was on my left so I went that way. The parking service area isn’t hard to spot, you’ll see a bunch of cars and a giant sign that says “Park Fast”. I would say that block itself was very empty, which I liked because there weren’t anymore crowds. Once I was walking down Schermerhorn Street looking for the subway station, I noticed how much more calm the area was. It wasn’t because it had more trees or any of it’s nature aspects but more of the fact that there were less people there. That’s one of the keys that led my walk. Although if someone were doing this walk in the night I wouldn’t recommend that.

Right when I turned I also noticed on the side that I was on there was a giant building that seemed to be made of stone, while across the street there was a building made of mostly glass and metal. It looked like a juxtaposition and had caught my eye. On the side of the glass building, as I walked down I saw another car parking service while across the street there were more stores appearing, still being in stone buildings. As I walked down I saw more stores, there were some cafes and restaurants that caught my eye and I might try to go back to some day. After walking 2 blocks down I saw the subway station for the A, C, and G trains. Right next to it is a goodwill which also caught my attention, and I would probably go back there to visit that store too. During the entire walk down Schermerhorn street it was far less crowded and there was less noise. Even if it wasn’t a park, it still seemed more calm and very interesting to see the new places that I discovered. 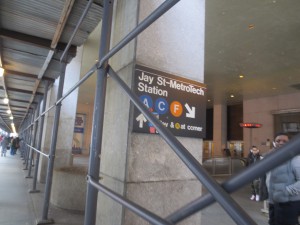 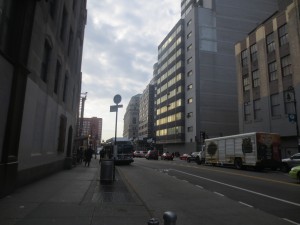 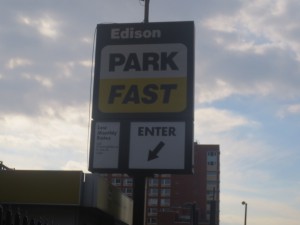 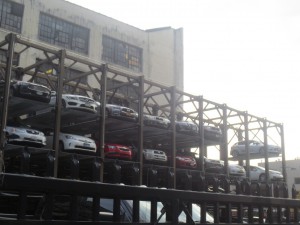 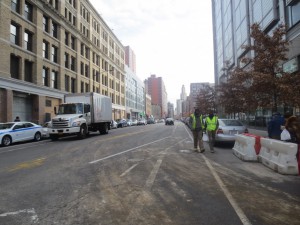 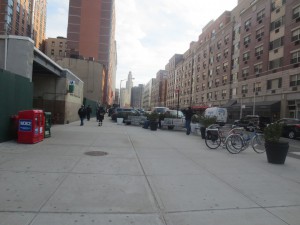 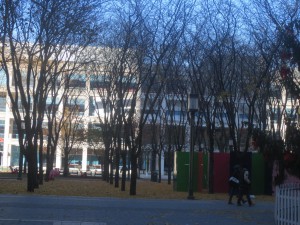 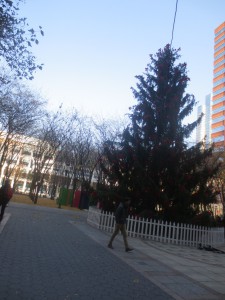