Posted in Uncategorized | Leave a comment
Posted on December 14, 2016 by Peta-Gaye Keane 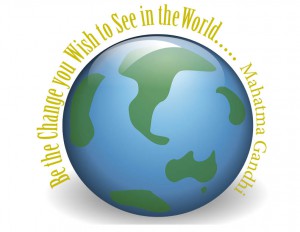 There are many quotes that were very inspiring and related to me in many ways. However, this quote by Mahatma Gandhi, speaks volumes because our world is in such a chaotic disposition that change is needed before we destroy each other and our earth. Most see the trouble that afflicts us, but most don’t look inward to think of “What can I do to change the world?” With this design, the words ‘Change’ and ‘World’ mainly stood out. I went with a simplistic design to get the message across as clearly and as precise as the words. The font used for the font itself was Birch STD/Regular, and the font used for Gandhi’s name is Minion Pro. I played around with many fonts of course, but through process of elimination, it brought me back to the more direct approach.

McDonald’s restaurant first opened its doors sometime during the 1940’s by brothers Richard and Maurice McDonald in San Bernardino, California. However, the franchise didn’t get started until 1955 when Ray Crock walked into the brothers’ restaurant and liked their efficiency and speediness. Mr. Crock approached the brothers about expanding their business and therefore invested into the McDonald’s name. McDonald’s then only served food items such as burgers that were quick to prepare and serve, bar-be-que, however, the now famous fries we enjoy today was never to the menu until much later. Their quick efficient service was nicknamed the “Speedee service system”, which lead to the logo shown below: 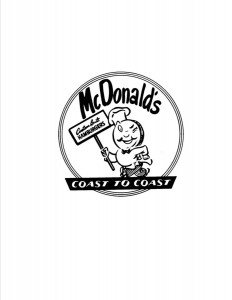 1948: Speedee service: Tubby chef Speedee was designed by Richard and Maurice McDonald in 1948 to help communicate their ‘Speedee Service System’

By 1958, McDonald’s had sold its 100 millionth hamburgers and 1961 Ray Crock bought the exclusive rights to the name McDonalds and was now on a mission to create a worldwide entity. The menu grew to include Nuggets, milkshakes and other variation of burger. Drive-thru was now incorporated to provide an even a much faster service. At this point the logo experienced change with a sleeker design and the debut of the Golden Arches which was designed by Jim Schindler in 1961:
1961: G 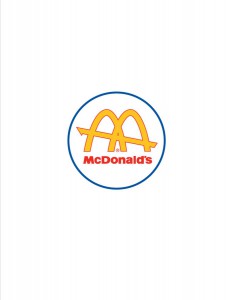 Archy McDonald was used on POP and delivery trucks around 1962. In addition, he was featured dancing around a counter in McDonald’s first TV commercials the same year: 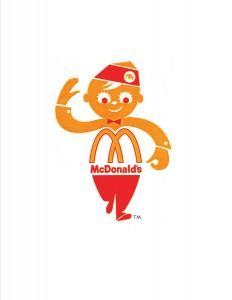 success continued to grow especially after the expansion of the interstate highway system. In the 1970s, the Golden Arches
had become an instantly recognizable icon and would remain the company’s logo for decades to come. The logo experiences many changes since then, according to the McDonald’s website:
Between 1975 and 2006 they were framed by a solid red rectangle; a glass version was used on the windows of some newer restaurants from 1976, and from 1992-2009 the arches were given a brighter highlight and raised to stand on a red trapezoid featuring the brand name. A standalone shadowed version also came into circulation between 1993 and 2010.
2003: I’m lovin’ it 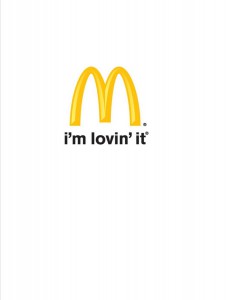 The 2003 campaign logo was the most successful advertising campaign in McDonald’s history and was created by Heye & Partner GmbH. The campaign started in Munich September 2003 but was soon after brought to the United States. Today the official logo exists in a few shapes and sizes, but all feature the stripped back yellow arches accompanied by the official motto “I’m lovin’ it”. 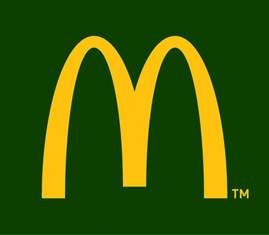 The story behind the McDonald’s logo | Logo design…
www.creativebloq.com/logo-design/mcdonalds-logo-short-11135325

A Day In My Life

Posted on May 23, 2016 by Peta-Gaye Keane
Posted in Uncategorized | Leave a comment