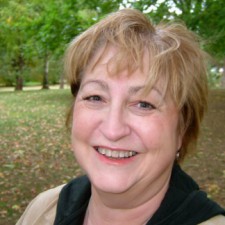 This month we’re profiling Professor Jackie Blain, an adjunct lecturer in the English Department who teaches Composition (ENG 1101 and 1121), Technical Writing (ENG 2575), and Developmental Writing in the First Year Summer Program. In addition, Professor Blain taught an interdisciplinary course with the Computer Science Technology (CST) Department, and is involved in the First Year Learning Community (FYLC) program. She joined the City Tech community as a Tutor-Assistant in the Learning Center in Fall 2014, became a Consultant with the English 1101-1102 Tutoring Grant in Spring 2015, and became an Adjunct in the English Department in Fall 2015.

How were you introduced the platform and when/how did you begin actively using the platform to support your pedagogy?

I began using the OpenLab when I did my first FYLC class in Fall 2016 because it was recommended that we explore using it. The workshops run by the OpenLab made it easy to set up and use, and I saw that it could give me a range of student interactivity projects that I couldn’t really get with Blackboard. However, to be honest, I really fumbled around at first and tried to make the OpenLab simply replace Blackboard. But as I’ve learned more about the strengths of the platform, and looked at the courses that have been spotlighted by the OpenLab Community Team, the way I use it has changed to help support my pedagogical goals, and it’s been easy to do.

Why did you decide to start using the OpenLab?

As I mentioned, the FYLC program recommended that we look at it, but I’ve long been interested in multimodal literacies and the role/use of computers in the composition classroom. I have taught online and hybrid as well as in the classroom and used a variety of LMS software over the past 15 years, and I ran a WordPress blog of my own some years ago. So the OpenLab seemed both like a shiny new tech object (which is hard for me to ignore) and a place where I could try to pull various threads of my own pedagogy together using everything I had learned about teaching online and face-to-face.

Can you describe the ways you have integrated the OpenLab into your pedagogical practices?

My own pedagogical practice is very student-centered and interactive, and while I push
students to be more critically aware of their world, I also try to meet them where they are. The difficulty many of our students at City Tech have in getting time on a laptop or desktop computer shouldn’t be underestimated, and the OpenLab, because it is based on a responsive WordPress template that’s easy to use on a phone, has increased my student engagement, especially on low-stakes writing assignments. Yes, they often do them on the train, but they do them. Pedagogically, that is always my goal.

How I do this is I have students post their responses on to questions I ask about the reading on the OpenLab (often using their phones, and often do so while they’re on the train), but, again they do them. I then use those responses to build on their critical thinking skills by having them discuss in class what they wrote, first in pairs, then combined with another pair to broaden the discussion. I walk around, watching, listening, and asking questions to deepen their thinking before bringing the whole class together to ask the groups to share their biggest takeaways. The OpenLab gives these students a chance to write quickly without worrying about a grade, and over the term they become more confident in both their writing and in their ability to analyze something critically.

Overall, I have three general areas that I use OpenLab for. First, I simply house course materials including handouts and links. Two, teams post their final group projects (although this is still a work in progress for me and something I need to learn more about doing well). Finally, and most importantly, it serves as a powerful vehicle for those low-stakes writing assignments I mentioned. One additional nice thing has been that if a student has a question, I can usually say, “Look on the OpenLab,” they pull out their phones, and “Oh yeah. Thanks, Professor” as they walk away. They learn quickly.

Aside from courses, how does the OpenLab support your pedagogical practices and ambitions? (Note: Think broadly about public education initiatives, course coordination, non-academic student support, clubs, and projects, etc.)

This Fall, my students will be involved in the Our Stories Project, which I hope helps them through the difficult adjustment into college. As an adjunct of a certain age, my career ambitions are pretty modest, but I would like to pull together a research project for the Spring about the effect of First Year Learning Communities on First Year Composition using OpenLab to help gather information.

Each month, different OpenLab community members will share the diverse and creative ways they are using the OpenLab to support their pedagogy. 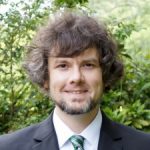