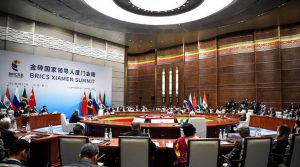 During the last 20 years, China’s media has expanded extensively throughout China. With rapid development of the economy and significant increases in literacy rates, the results are a growing number of better informed citizens. These citizens want access to a greater amount of information from the outside world and a selection of perspectives, rather than that of the government’s. Newspapers and magazines have also been following the trend and increasing rapidly. In 1968, there were 382 Newspapers, today there are more than 2,200. Today there is now an estimate of 7000 magazines and journals in China. (“The Chinese Media,” 2007)

In 1978, a rough estimate of 10 million people had access to television sets but currently a billion people have access to television sets in China. Likewise, in the past, China had a meager 12 television stations and 93 radio stations; today China has 700 television stations, 3000 cable channels, and 1000 radio stations. (“The Chinese Media,” 2007) All television broadcasts are controlled by the Chinese Central Television (CCTV), it is the country’s only national network. The Chinese Central Television falls under the direct control of the Propaganda Department and the Ministry of Radio, Film, and Television. All network directors and officers are appointed by the state. CCTV is the country’s most powerful and ubiquitous television network. It holds a state monopoly on purchases of programs from overseas and all local stations must carry CCTV’s 7pm news broadcast. It is estimated that 500 million people across the country watch this program regularly. (“The Chinese Media,” 2007) 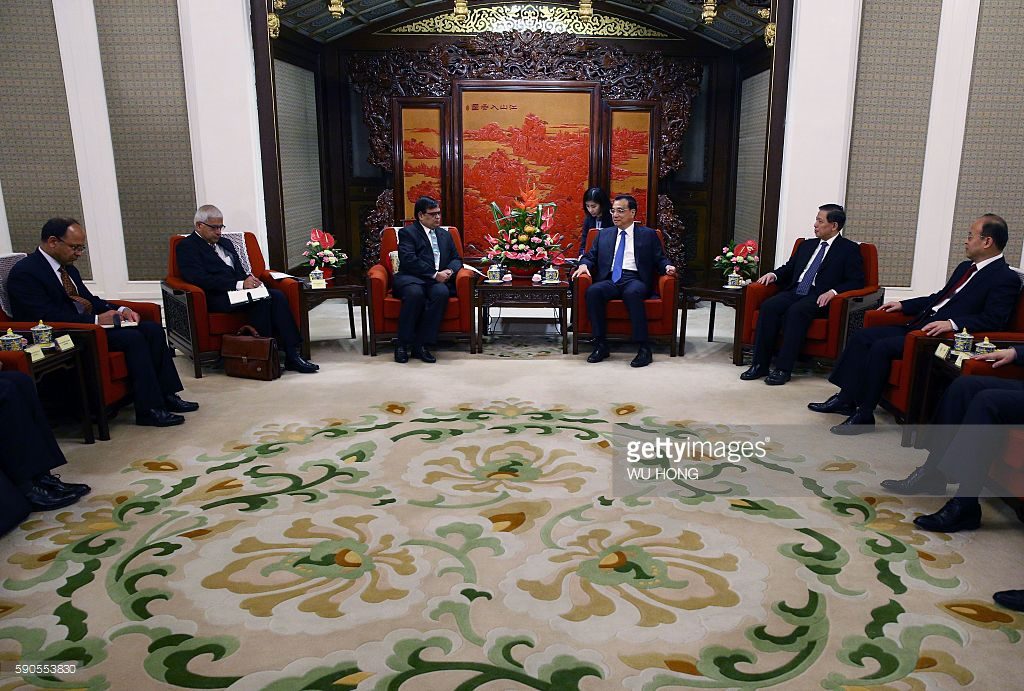 According to the CIA website, China has been gradually becoming more autonomous and diverse since the death of Mao Zedong in 1976. (“The Chinese Media,” 2007) The emergence of Deng Xiaoping and his social and economic reforms have also been reflected in the media. An example used by the Central Intelligence Agency is People’s Daily, which historically has been used against Mao’s political enemies. It was known as the direct mouthpiece of Mao during the Cultural Revolution. However, after Mao’s death, it was reformed and the paper greatly expanded its coverage. (“The Chinese Media,” 2007) The newspaper encouraged public criticism through the form of letters to the editor. During this time period, the media was also beginning to diversify its content. Additionally, the Chinese media began to criticize party cadres and even published debates on issues like the rule of law, freedom of press and human rights. The only restriction was the unwritten rule that no one was allowed to challenge the party’s legitimacy and authority for policy making, with severe consequences if broken. Another small space for media liberalization is the radio stations, specifically talk radio. Radio stations began to adopt a new form of model; they deemphasized propaganda and geared towards citizens’ concerns.(“The Chinese Media,” 2007)  Competition was also key to the diversity of content. Radio stations competed with call-in programs that discussed politics, lifestyle, and sensitive social subjects. The radio stations did not require callers to identify themselves; as a result, much candid discussion were allowed to take place in comparison to television programs. (“The Chinese Media,” 2007) Sensitive discussions are generally permitted and least regulated on radios, journals and magazines. However, as media reaches national levels, it becomes highly regulated. 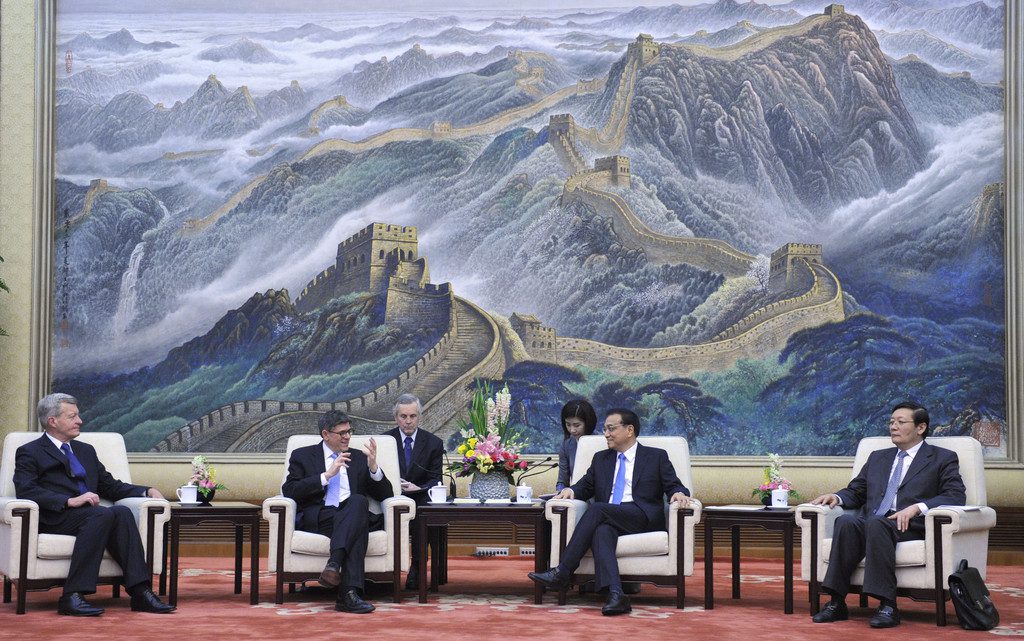 Despite the increase in people with access to traditional media, the internet has become the fastest growing platform. Whether it is social connectivity or access to information, the internet has become the most convenient and diversified in all forms of media. (“Media Control In China,” 2017)  Chinese citizens have been able to access uncensored information. They are also able to share sensitive information on elite politics and even bring the government to concessions with microblogging. In 2012, there were public outcries of corrupt officials causing train tracks to collapse at high altitude. (“Media Control In China,” 2017)  The top leadership immediately sent investigators and arrested the officials. Nonetheless, China’s media system is rated 83 out of 100 and considered not free. According to Freedomhouse.org, article 35 of the Chinese constitution guarantees the freedom of speech, assembly and publication. The problem is that all institutions and organizations are regulated by the Chinese Communist Party. China’s media is mainly state owned and the judicial branch is appointed by the CCP (Chinese Communist Party). (“Media Control In China,” 2017) This creates an unchecked balance of power. Freedomhouse.org also states that there are no laws that protect journalists from violence or harassment. The CCP frequently uses a “national

security law” to punish dissidents that break the unspoken rule of advocating for the overthrow of the government. The Chinese Central Propaganda Department directly controls the boundaries of what is considered permissible reporting. The media is used by the CCP to cast a positive light on the government and condemn their enemies. They allow state controlled media to cover potentially damaging news in a careful and selective manner. (“Media Control In China,” 2017)  They also restrict other media by ordering them to report a pre-established narrative. The government not only restricts media systems in China; it also prevents Chinese citizens from accessing media sites outside of the country. For instance, Facebook, YouTube, Google, twitter, Instagram is all banned in China. Any social media/connection platform that can potentially spread news coverage outside the control of the CCP is blocked. China has an approximately 560 million online users, that is roughly 42 percent of their population. In addition, over 400 million microblogging accounts have been created. (“Media Control In China,” 2017)  The internet is growing in prominence and importance to the average Chinese citizen. In 2012, a study revealed that public opinion and crisis management reports online accounted for 65 percent of breaking news reports, while only 30 percent for traditional media. (“Media Control In China,” 2017)

There has been a consistent pattern concerning news coverage and censorship in China throughout the years. Media is generally regulated on a national level and important conversations are usually permitted to be discussed. However, when political instability arises, the leadership immediately attempt to chokehold all media platforms into silence. The New York Times reported on the “clamp down” on the Chinese Internet portals. (Forsythe, 2016) Much of China’s independent journalists use the Chinese equivalent of twitter, Sina Weibo, and microblogging app, Wechat, to spread sensitive information. However, the article mentioned that the Cyberspace Administration of China ordered the websites to either shutdown or filter the content that was being circulated. (Forsythe, 2016) The article speculated that the clamp down was due to an important party meeting that will be held in 2017. The article also stated that the party often puts in more rigid media restrictions than usual before an important event, often highly political ones. (Forsythe, 2016) It is still unclear whether these strict regulations will kill off the vibrant independent reporting that Weibo has inadvertently created. Chinese journalists up until this point had been playing a “cat and mouse game” with government censors; they would publish content without authorization and wait to see if the government censor would take it down. The article also quoted a Chinese reporter that said, even with the large amount of government censors, it was difficult to control news in a space invigorated by hundreds of millions of readers. (Forsythe, 2016) On top of that, these readers are metaphorically equated to a “flood” that’s hungry for news, alternative to government propaganda. The Cyberspace Administration issued a statement that said they were going after eight Internet companies that chased after economic gains and their “ideological thinking wasn’t high enough.” (Forsythe, 2016)

Although China is highly integrated into the global economy, it is being carefully watched by other nations. Many countries are also suspicious of Chinese intentions. China being full of complexities does not help how the Chinese is perceived by the world. China has a fundamentally different political system and one unfavoured by many countries. It is an authoritarian regime with a Communist legacy. China may be a global economic power on the world stage but its media power is meager. I would characterize China as a semi-peripheral media power and a central economic power. With China’s highly regulated media, there is not much of an audience internationally. Besides having light influence on the diaspora and having smaller channels in other countries, the influence is slim. Chinese state media and censorship also crushes competition causing it to improve on a much slower pace than American media channels.

China is a very perplexing country in western perspectives. It is a living contradiction. It is highly developed in the coastal cities and other parts of the country, while other provinces are still developing and very poor. China has had a history of liberalizing its media after the death of Mao but it is still highly regulated by the CCP. In addition, depending on the political climate censorship may lighten or strengthen dramatically and almost overnight. Economic liberalization has also followed this path. It use to be much easier for international corporations to conduct business in China; however in the last few years, the Chinese economy has become unstable. As a result, the government has pushed foreign companies into an undesirable position. At the same time they have taken stolen technology and given it to their own companies to outperform international corporations. Their political system is even more of a contradiction. They call themselves Communists and claim to use socialist ideology with “Chinese characteristics”. Yet the discrepancy lies in the fact that China is a capitalistic economy and not at the same time. The government highly regulates the economy and controls certain sectors that the government believes are vital to national well being. For example, the CCP directly controls the banks, energy sector, currency, and raw materials. However, the government also allows many sectors to liberalize and let the market allocate resources on its own. They also greatly believe in free trade and encourage it internationally. Thus creating a half state owned and half private sector economy.

The Chinese Media: More Autonomous and Diverse — Within Limits. (2007). Retrieved August 09, 2017, from https://www.cia.gov/library/center-for-the-study-of-intelligence/csi-publications/books-and-monographs/the-chinese-media-more-autonomous-and-diverse-within-limits/1.htm

Media Control in China: A Model of Complexity and Thoroughness. (n.d.). Retrieved July 31, 2017, from https://freedomhouse.org/blog/media-control-china-model-complexity-and-thoroughness