Posted on April 8, 2013 by William Maldonado

Your out camping with the family and its too cloudy to see the stars, and everyone wanted to see a movie that just came out in dvd and luckily you bought it and saved it on your Jecter. What is Jector? Jector is a watch projector and just as the name states it is a watch that is also a projector. A film nerd that loves to watch films but cant always sit down in front of my computer and watch the movies I want because of other activities I have to do i can sit down this watch projector somewhere near me and aim it an empty space on my wall and watch my film of choice. This would be something that would be helpful to me and useful anywhere I am and have my friends or family watch it with me as well. What the watch will be able to project is not only videos but also photos. The user will be able to choose from multiple ways. One way is by streaming videos from your video providers such as hulu and Netflix and the other ways is that you will also be able to store videos you already have on our cloud service or a micro SD card. The watch will also have two small speakers one on the left side of the watch and one on the right. Now you and your family can watch that new movie you’ve been meaning to watch together.

The way Jecter will become an everyday gadget is by simply displaying the time and date when it isn’t projecting your favorite movie or show. In the market there are similar 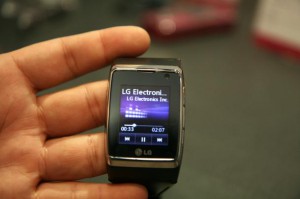 devices are being worked on as you read this such as Apple’s iwatch and LG’s smart watch. They are not the only company’s working on a smart watch, others like samsung and sony are also working on similar ideas. The only way these smart watches are similar to the Jector is that they both use a touch screen user interface and they show time. There still isn’t definite descriptions of these other smart watches will be able to do.

On the portable projector in a device side, there has been a phone from samsung that has a built in projector called the Samsung Galaxy Beam, along with other phones such as the Micromax X40 and Spice M9000 Popkorn. There are also pico projectors from Aiptek mobile cinema products that connect to apple products and display what they show. All these devices I have mentioned require some form of charging through an electrical port.

The Jector will be solar powered by having thin film solar panels as the strap for the watch so charging wont be a problem and the Jector will need a lot of power to keep the projector on to watch a film until it ends. The kind of projector that will be inside the watch will be a DLP projector because it is more efficient for the size of the watch and water proof vents on the top left side, this is also where the micro SD card slot will be and top right side will also have a water proof vent. The watch will have a capactive touch screen that will also be water, dust and scratch resistant. There will be two built in small speakers on the front of the watch one on the left one on the right. The lens will be on front side and have a small ring that if you turn changes the focus of the projector. On the bottom of the watch there will be four small retractable stands on each corner so that you can take off the watch and rest it upon a surface for a better movie experience. A small fan inside that only turns on when the projector is on to make sure it does over heat.

The body of the watch will be encased with carbon fiber material and the bottom of the body of the watch will be metal coated with black paint. The on the right side of the watch there will be a button that helps lock the screen so the touch screen is disabled and another button next next to it will be the button that turns on and off the projector. The user interface of the watch gives u the option of five buttons that leads you to different things that the watch can do. There will be a watch mode button, videos and photos button, bluetooth button, connectivity settings button and main settings button. You can connect to your video provider through 4g or wifi.

This entry was posted in Assignments, Midterm Papers. Bookmark the permalink.