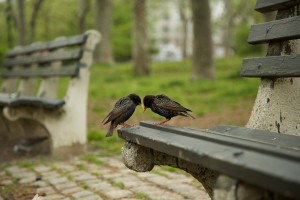 This is the best photo that I took today. The depth of field is very strong, the background turns into blur. It lets us focus on those two birds on the center of picture, so that we can see every detail of the birds. Also, it seems like these two birds were kissing at that moment. It makes this picture more dynamic and interesting. 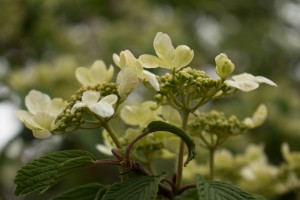 I feel this is my best photo as it’s a good example of a shallow depth of field. The sharp focus of the flowers make it easy to distinguish them from the background.

Speaking of which, depth of field is an element in photography used to create a sense of depth in a photo. Ultimately, it controls what is in focus. Whatever is in sharp focus in a photo is the main subject. Depth of field helps viewers pinpoint what is the main point of interest in a photo that may be harder otherwise. 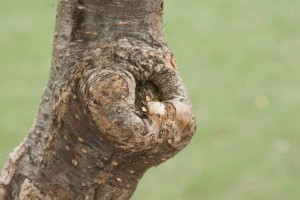 Depth of field is perspective that shows a noticeable difference between the camera, object, and the background of the object. The background creates a different level of blurriness depending on the distance. The factors that should be kept in mind for it is the camera’s aperture, the space around, the focal length, and the camera’s sensor size. I find this photo successful because I took it very up close to see every detail of the tree trunk and it’s clear that there’s grass and leaves in its background. There’s depth of field between the tree trunk and the grass. Also, there is strong contrast between the object and the background. The object is a strong brown and the back is green. 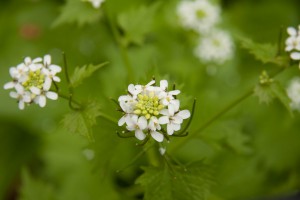 Overall this is my best picture. The depth-of-field is very strong, and the colors are vibrant. Placing the flower in middle works good for this photograph because it increases the effectiveness of the beauty of the flower. This is important because the flower is the main subject. Also the out-of-focus flowers in the background, makes this picture more dynamic. Field-of-depth is creating contrast between subject and background. It allows us to focus on subjects we intentionally want to standout. 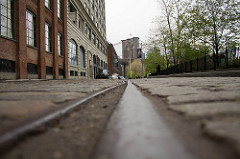 I feel as if this was my strongest photo from today because of the perspective and point of view it was taken from. It was taken from a worms point of view but everything in the background can be seen even if it is far away. For example, the bridge in the background is a bit burry but you can make out what it is and there are building and a fence that help create leading lines to move your eyes forward straight into the picture.

Prieto, A – LL8 Depth of Field 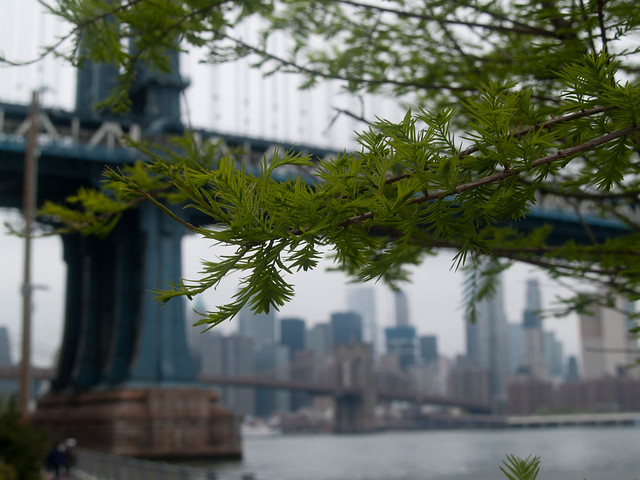 I chose this as my best image because I think it has a lot of elements that make it very dynamic. The way that the bridge intersects with the branch makes an allegory for the man-made vs. the organic elements since the branch mimics the direction of the bridge. The little leaves of the tree mimic the shapes of the steel structure of the bridge, which make for an interesting composition. Another point of contrast is the lively green and the blues and grays of the rest of the image. They provide a background for the branch to stand out.

The shallow depth of field is exhibited in the way that the branch, which is closer to the camera is in focus while the bridge and the skyline behind it are out of focus and very soft. I like that the image also has three levels of perspective, from closest to farthest. The closest being the branch as the foreground, the bridge as the middle ground, and the skyline as the background. 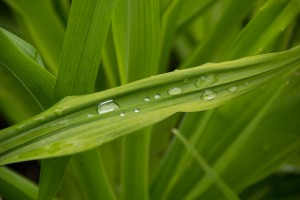 The reason I chose this as my best is because I feel that the strong horizontal line is strengthen by the verticals behind it. Also the drops of water are sharp and strong along with the leaf they sit upon. As for Depth of View, it is the range from near to far(to the camera) of focus; therefore to get better control of DoF you need your aperture, focus length, space and sensor size. 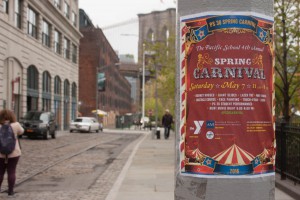 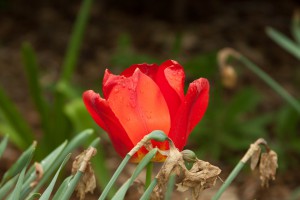 I chose this photo as my best photo because the background gives it a shadow depth of field and the red flower gives it a crisp beautiful look. Also I like the comparison between a dead flower and a new flower with drops of water on it. When seeing this photo makes me feel calm & relax and just takes you away from your daily life. Its an amazing photo.

Posted in Learning Logs, LL8-Depth of field | Leave a comment 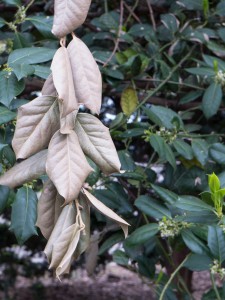 I feel that this image is my best out of the ones I took. It has a powerful concept that I believe was worth taking a picture of. Spring is known as the season of life and with life also come death. The stark contrast of color between the subject and background is what is      striking. The position of the leaves off center gives it a nice isolated feel.

Posted in LL8-Depth of field | Tagged learninglogs | Leave a comment