Skip to toolbar
Life in CityTech

The Harvesting and Sustainability of Snow Crab in The Ocean 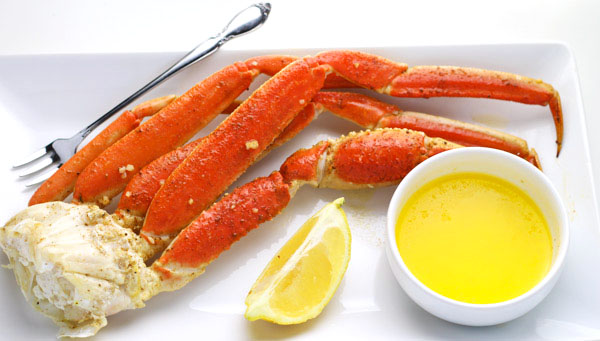 What is Snow Crab?

Snow crab, which is mainly found in the North Atlantic and the North Pacific Ocean are sometimes also referred to as Queen crab as the length of their legs is comparable to that of the king crab. They belong to the family of crustaceans and have a flat body with five pairs of legs like that of a spider. The front pair of which are used as claws by the animal. When these crabs grow, they shed their outer shells on a periodic basis and this process of shedding its shells is called molting. Just after molting has taken place, these crabs have a soft shell for few days before it again gets hard and are then called soft shell crabs. Soft shell crabs are preferred as the most popular form of seafood.

Snow crab can also stop the process of molting and grow at varying rates resulting in crabs of various shapes and sizes. The sizes to which the snow crabs can grow vary for both the males and females. For males, it can go up to 15 cm where the largest make animal can be almost double the size of female snow crabs. When it comes to harvesting the snow crabs there is a minimum limit on the size of the male crabs. Only male crabs that cross the minimum limit of 95mm size are fit and suitable to be harvested.

The average life span of the snow crabs is around 14-16 years and it generally takes 7-9 years for the male snow crabs to reach the legal minimum size required for harvesting. The best quality of snow generally come from the Gulf of St. Lawrence, where the processing companies try to make the best products by making use of the cryogenic freezers. Snow crabs generally prefer cold and deep-water conditions which are suitable for their sustainability. Considering these conditions, Canada is the largest producer of snow crab in the world.

How is Snow Crab Caught?

Snow crab is trapped by the fishermen in sandy and muddy bottoms. The depth of catching them varies between 50-600 meters. Harvesting of the snow crabs is carried out by vessels exclusively. The length if the vessels used for harvesting should be less than 20 meters. Although the harvesting season is variable, it is majorly done in spring and in summers. Sometimes harvesting is carried forward till November too.

Specifics of Harvesting and Conservation Measures

Harvesting of snow crabs is managed annually on the basis of total number of catches allowed by the department. Fisherman who hold a license for the same are assigned a particular quota of snow crab to be caught annually. This makes it easy for them to catch crabs without much hassle. Also, only the male crabs which meet the eligibility criteria are allowed to be hunted during the fishing season. There is also a prescribed minimum mesh size of 13.5 cm, which allows only the hunting of male snow crabs.

Female crabs and those males below the prescribed length, if caught are allowed to escape in the waters again. Also, grids are used to assess the number of soft shell crab caught. If the number is large, that particular fishery remains closed for the particular fishing season. From past years, there has been a drop in the harvest number of the snow crab due to various reasons. The numbers of legal size male snow crabs dropped drastically. Another observation of the studies conducted have indicated a higher mating rate.

Snow crab harvesting offers a great boost to the economy, as snow crab is eaten by large number of people. Moreover, when combined with a reliable company for food processing, snow crabs offer the best treat to the seafood lovers all over the world.  Key sustainability data and statistics also point towards the need of conservation of snow crab species if we want to enjoy their delicacy in our culinary treats.

Thus, conservation and harvesting of snow crab species when they are going through the molting process becomes an imperative regulation for all the fishery and food processing companies to abide by.  Crabdynasty.com is one of the few direct suppliers of snow crab, and they adhere to the proper harvesting techniques and follow the best seafood sustainability practices. They understand that by adhering to these guidelines, the future of crabbing will be preserved with a plentiful supply of snow crab for all.