Does it matter if the Apple Company has transformed iTunes into a massive media convergence? One of the sole purposes of technology is to make life easier and its obvious that some people have a problem with that. Personally to me, it does not matter what new inventions come out or how it will make my life easier. I just know that technology such as iTunes gives me all i need in most cases to keep me entertained. Technology convergence is also more convenient for many people such the usage of the iPhone for example, which can tell you just about anything you want or communicate whenever and however you wish. The expansion of the internet or the application of iTunes is the evolution of tomorrow and it is very interesting to see how these inventions turn out to be and may someday be everything.

In chapter one of Content, Computing, Communications, the authors Meikle & Young talk to us about how ITunes developed. ITunes was introduced by Apple in 2001. You could use ITunes to listen and organize your music It was introduced so that users could ‘rip, mix, and burn’ their music. In 2003 Apple introduced the ITunes music store, where it was both digital and networked. By introducing the music store, it gave you the opportunity to buy not only music but movies, TV shows, books, games, and images as well. Technology went from being something small to something that is so big which continues to change and grow.

In the introduction of the text of “Content, Computing, Communications”, Meikle and Young both explain how Itunes went from a software where you can put and organize your music into a software where media content is now converged into its space.

In 2001, Itunes was introduced by Apple as a means for Macintosh computer users to rip, mix, and burn their music collection. But then in April 2003, iTunes became a networked media environment thanks to the introduction of the iTunes music store where now you can buy music, watch tv, listen to the radio and even buy and watch films. Now you can even view and share pictures.

But what i want to know is why did Apple take a simple software where you can store and organize your music and converged it into the social media field? Why did Apple not simply make another software?

Human beings started crawling, walking, running, swimming, driving, and finally flying. Content is making similar progress from being physical to now digital. Meikle and Young undoubtedly recognize the way technology is changing. They recognize these powerful changes and understand we play a valuable role in the way we choose to cook and digest our communication’s technology. A few examples can be seen by Sean Poynton Brna talking about MP3’s being “burgers” and “vinyl”s being steaks, if our quality of music is being downgraded by MP3’s compression technology. Ben Sisario writes about a music downloading service Muve, making phones with their program, and the monthly cell phone bill including downloading fees. The last example is music artist still need record labels in Serona Elton’s article. Do artist self release their albums digitally, or do they need a label behind them handling every detail for them. We are capable of controlling technology, the question is in which direction we will head? Like a Bonsai tree we must shape technology using the knowledge we have. 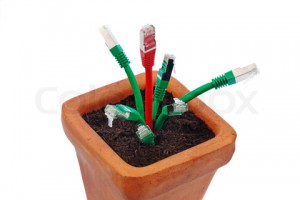 Basically what Mikle and Young are telling us in their introduction,is that we have so many resources where we can get information that are needed.Newspapers, television,websites, social networks ,chats,world around us.As an example authors use a activist site WikiLeaks,that become very famous in year 2010 ,after publishing several secret information of U.S. Government. This website came under extraordinary political pressure.,but still they found ways ,how to deliver information to the rest of the world.Authors also tell that we spend more time reading media,than we sleep or spend time at work.Media become something very very important in our life.Its no longer what we listen to or read , its what we do.