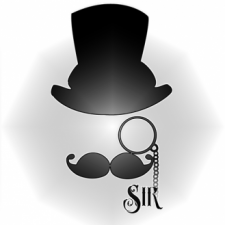 On the webpage you will find the documentation, proposal, SIR zine, works cited and link to video. The group members were myself, Frank, Ohlynn, & Dimitri. Please feel free to email anyone one of us regarding any questions.

Being able to document information gives evidence of cause-and-effect, making organization easier and more effective. Edge and Robinson both discuss the value of documentation in their readings. In “Write it Down!,”  Edge uses cause-and-effects in lab experiences to show the importance of documentation. Being able to have the same results in experiments, is a valuable tool in teaching students. Robinson, Christine discusses the importance of documentation as evidence in her reading, “Documentation Dilemmas.” The conservation of information allows us to have concrete evidence in building a complete understanding of our world. For example we can take the Genesis creation story from the Bible and look at it as form of documentation. There is no one that can say how really accurate the story is, but it is still a documented account of how the world was created. Creating evidence by documenting gives people security to know who, what, where, when, and why things occurred efficiently.

The only thing that i can relate to a process documentation would be a manual for an aircraft. It gives a small description on how the system/parts work. There are time when more than one manual is used for a single repair. The manual will take you step by step on how to do the job with caution notes inserted between steps. Every little repair or replacement of a part must go according to the manual and FAA standards. Depending on the task at hand missing one step or ignoring a step could be difference between life or death.

Similar to Kimesha, I decided to research a pie recipe that would satiate my friends and family. Mind you, it’s been quite a while since I baked from scratch, two to three years, so I was pretty rusty at it. The recipe seemed simple enough to produce a pretty well done pumpkin pie but I had messed this up quite a bit. Though, all of the ingredients and instructions were listed on the site. The instructions seemed quite simple but I chose not to listen to each step because my hunger got a hold of my mind. The instructions did say to cool it off completely but not the filling  had not completely set so I destroyed what was my pie and instead became pumpkin soup and crust. If I followed all of the instructions then I should have had this:

But instead, what I had was a “pie” with a soupy consistency. Had I followed the instructions that was included I should have had a beautiful looking pie but since I didn’t follow the steps perfectly I had created an excellent tasting pumpkin pie “smoothie”. Maybe if there was a video included in this website, demonstrating the steps this wouldn’t have happened. As with all process documentations, not everything can be guaranteed unless you follow the instructions to an exact point. Had I not known what a pie looked like, I could’ve assumed that what I had was the correct image of a pie. Thankfully, there were pictures to show me my mistakes.

An example of process documentation that I located was a spiced apple cider recipe. The recipe tells you what materials and how much of each you need to make the cider. An important thing it also mentions is how many servings you will get from the recipe. There isn’t much to the recipe though, all you have to do is combine all the ingredients in a pot and boil. It would be hard to have any problems with this recipe but I am sure it is still possible. As with all recipes, it is impossible to know how it tastes and if you will like it until you are finished preparing it, but that however has less to do with the process and more to do with the ingredients.