Here is the PowerPoint we used today using a student sample to better integrate sources and use in-text citations:

Here is more work for proofreading for in-text citations and language clarity.

Here are materials that have been distributed in class for our Research Essay. Please remember, your brainstorming and planning sheets are due with your typed essay.

We will discuss the Works Cited page and in-text citations this week.

This is the handout I distributed in class. This offers tips for formatting your first page and sequential pages in MLA format, the proper header/page number format, a preliminary introduction to citing sources, and references to the Purdue OWL website sources on these topics.

OVERVIEW:
In class we have recently read two essays that discuss ways to develop skills through education and through personal growth.

ASSIGNMENT:
Write a five paragraph argumentative essay that clearly argues for (your thesis) one change that could be implemented in an educational environment that would prepare students better for the future.   You may address students in a high school or college environment. Your essay must reference both Gardner’s and Wallis and Steptoe’s essays using paraphrase, summary, or paraphrase plus quotation.

What is strong about this summary? What could be better?

In the film 127 Hours, Aron Ralston, an overconfident, prideful adventurer that was traveling alone in the mountains in a desert, and after meeting some people and showing them around, he splits away from them to continue on his own journey. As Aron is making his way through, he gets trapped by a rock that fell on him and trapped his right arm between the rock and the wall of the small rift he was in. In the end, after Aron cuts off his own arm and became free from the rock, he said “thank you” for the reason that it was the moment in life that everyone has to through and see what they become on t he other side. For Aron it was a huge shift in priorities and personality. He lost his arrogance, overconfidence, and is now a more humble person, and always tells people where he is going, so the same situation does not occur. 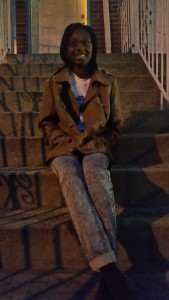 A pen from a friend that was a grade above me became one of my treasured items. One day during class I couldn’t find a pen, so she was nice enough to give it to me even though her uncle brought it for her. The pen was a gift when her uncle had visited Florida. It’s important to me because when I have no other pen, it’s there for me, and the thought of her giving it to me is what’s important. The pen and the cap have a black background with surfboards and flowers on it. The clip is silver with the ‘Florida’ engraving on it. 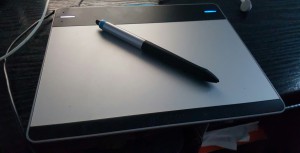 I use my Wacom Tablet on a daily basis. Using the tablet for at least an hour daily helps me relieve stress. It helps me forget about everything for that exact moment of usage. From where I live, finding this tablet was a struggle. I had to go to four different stores until I finally found one. Luckily, this tablet was the last one on the shelf. This was the first thing I’ve bought for myself, therefore the value of this tablet has great significance to me.

My two bangles on my right hand mean everything to me. Initially it was a ring that had my middle name “Nadia” on it. It was gifted to me by my father on my 13th birthday. When I was younger I would die for a piece of jewlery with my name on it. I never took the ring off. As I got older, my finger got fat and the ring would take a long time to come off. When I turned 18, my mom melted the ring and made the two golden bangles instead. These mean a lot to me because I don’t usually wear jewlery. 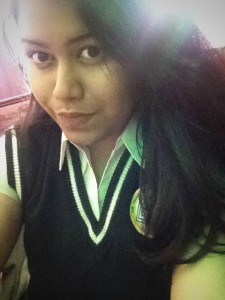 Fyruz Ramisa in her old uniform!

On graduation day, getting rid of the school uniform that had always gotten me into trouble was a relief. But who knew it saved me from a lot of unnecessary work in the morning/night before school? In the past, all I needed to do in the morning was just put on the uniform and walk out the house, and now I waste time on finding something to wear. It was always a drag to wear it everyday, but now looking back, it sure was a useful piece of clothing.