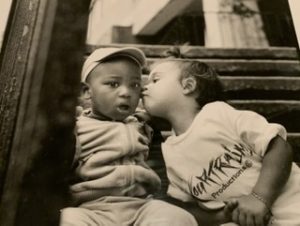 This is a photograph taken by famous French photographer JR. Something that has always got my attention about this image is about how simple yet powerful this specific photograph is. In most instances, a photograph is just plain and simple , not this one. Although it is as basic as it can get, two little children, one giving the other a kiss in the cheek. There is a huge message behind it which is that love is universal, no matter the color of your skin, religion, or social group you belong to. We should all share the same love for each other. (This image was taken a the Brooklyn Museum at the “JR Chronicles” exhibit. 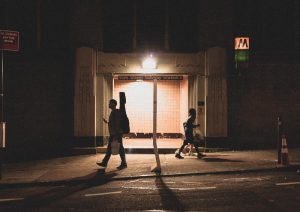 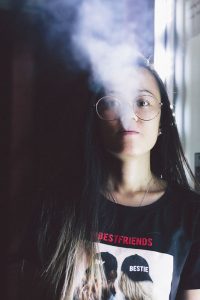 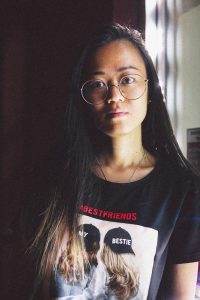 For this assignment, we had to use outdoor light and shoot portraits. It was a pretty fun and simple task due to the fact that I already had an idea what this whole idea was about. My picture of the york street station was not a portrait but I thought the light in that image was pretty effective. 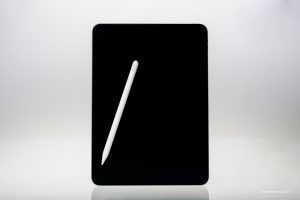 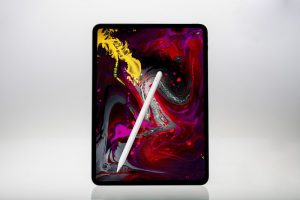 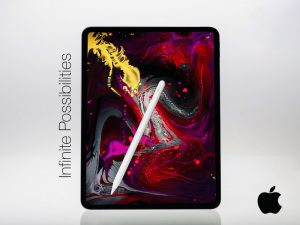 For this class, we had to photography a product that we brought to class. At first I was using a starbucks cold brew glass bottle but the color of the bottle and the background didn’t seem right to I had to switch it up. I decided to use my iPad and it was a success. The most difficult part of this assignment was figuring out how I was going to add the actual screen to the iPad using photoshop. I ended up figuring how to photoshop the screen and then went ahead and made a little ad for Apple. 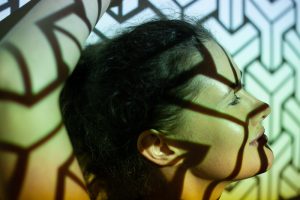 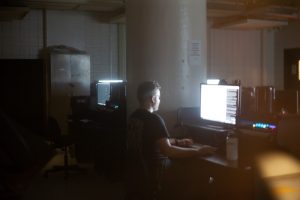 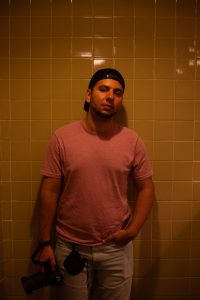 For this assignment, we had to go around the school building and find interesting sources of light and take a picture of someone or something under the light. This was a pretty difficult task due to the fact that the Voorhees building barley has any good lights to take some pictures. The first picture was actually taken in class under the light of a projector. The other two were taken in a bathroom and the other one in a classroom. 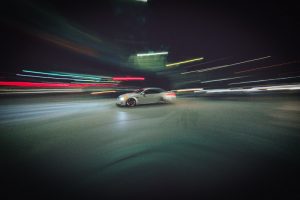 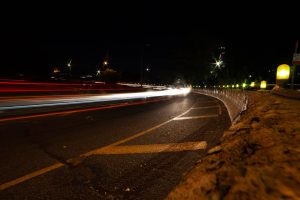 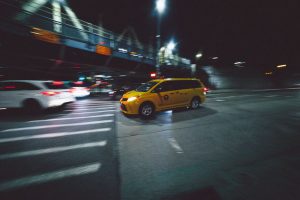 For the long exposure photography class. Professor Labrozzi had us go outside since it was dark already. We had to create several images that represented long exposure which means that the shutter is left open for several seconds longer and the camera takes in more light creating light trails and bright lights. These are 3 photos that I took the night of and one of them is a motion . photograph with a touch of long exposure.

I decided to create a modern look for rain rain, go away. It is black and white to give depression and how gray it is when the sun is not out and how the last photos are in color to represent the sun out. 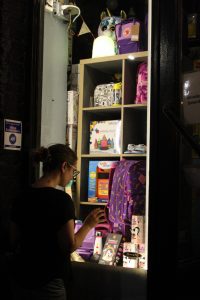 This week we went outside to take photos at night. Though many cameras had misconfigured settings many of us still had many great photos. We ere told to use the setting on the camera with the light around to create portrait photos of each other. 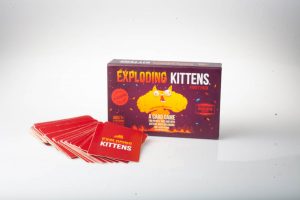 During class we were taking photos of our products. We were learning and additive use to a whit round background and tools to enhance the image better as of removing gloss and hiding scratches. There was also aid in correcting hues on colorful products. 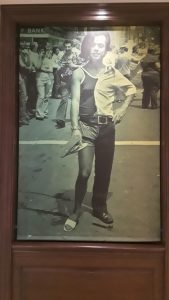 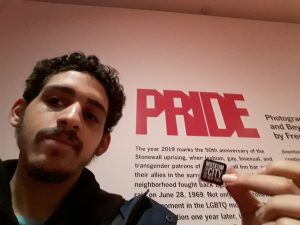 I saw at the exhibit that all photos were of expressions of freedom. The pride exhibit did not have many photos. But they were considered self explanatory. As that there was not much needed context or in description to see the events on the photos. Though the irony of that all photos are in black and white, yet symbols of pride are very colorful.

Imagining the photos in real life really brings out the color and its almost completely vivid of the hues on the scene of the color. what stood out to me the most was a photo of a person that dressed half like a man and half like a woman. What caught my interest was that, that person can be anyone a man or women.

To me the message of the photo mentions the separation between sex and gender. With pose of prideful expression there is the lack of fear being shown and the strength of being one’s self no matter the gender or sex classification. While everyone is one or the other, why not be both.

I’ve chose the fairy tale – Goldilock and the three bears. I decided to be very close to the story plot, and to be literal with the storyboard, as I want to recreate authentic mood. That is why I prepared props a day before, first I planed to shoot my friend as a main character Goldilock, but there was a conflict of time the day of shooting, so I was left with nothing but become a main character myself and asked for a friend to shoot me under my directing. That is why it took me longer even after instruction what kind of shot to took and how to frame, so I was checking every photo taken to be sure, that it is what I want. The difficulties I faced was setting the camera to shoot in very  small room, that is why I need to be more creative with angles of shots. So I live in loft I have a ladder to the attic, that gave me a chance to shoot from above.