For this week i took the time to revise everything that i did and started to edit the final video. Over all revised it 5 times and even with the final time i came across a few problems like setting the name for the project in the project settings and parts of the code when unity didn’t understand what i meant when i said Raycast. But in the end i fixed it and it came out pretty well.

Here is the link:

For this week i went to follow the steps from the document i wrote based off the video i seen and i got a program that i can use to record my screen. As i was working on setting up the unity file i realized when i got to the part when i had to set up the player settings one of the parts were grayed out and i couldn’t get access to it. so i decided to look up what the problem was and people said to delete the java 9 or 8 , but i didn’t understand what they were talking about. another person said to tray and use 2019.2 and it should work but another person said they did that and they still had that problem. Based off of that i decided to use 2019.1 and it worked there. Starting in another version i had to restart the process. another problem that came up was when i started working on the code and unity didn’t recognize some of the stuff that was typed. i some how fixed the first code and got the AR function to work on my phone but by with the second code to get my object to spawn was not working at all and i’m still working on fixing it. I’m just happy that i’m getting somewhere. the next thing i need to work on is to get the object to spawn and show how to export as an FBX from MAYA and Blender and bring it into Unity.

For this week i am working on creating a tutorial on how to work with AR Foundation in unity. With this week i took the time to focus on looking at tutorials on how to work with AR Foundation. There are different ways of doing it through unity but i feel AR foundation is better to work with because it’s free. If i were to work with Vuforia in unity  would have to pay for it to get the API. most tutorials that i saw mostly worked around vuforia and i found that doing through there is easier but its too expensive. So i’m deciding to work with the Foundation instead. As i was looking the tutorials i wrote down a step by step process on how they created the app so i can see if i can follow my notes and create it myself and the other part i’m going to add in is how to export a model from Maya and Blender as an FBX and import it into unity. i could show how to make simple model but the main focus is on the AR app it’s self. The platform for the AR that i will be focusing on how to show is on a Android platform.

This is the video for my room that i created for VR Chat. Click the link below to see video

For this week, we were to take photos of a object and put those photos into the program Metaphase where it will take the photos and make it into a 3D model. And we have to take that model and place it into our custom made VR room.

this is the original photo 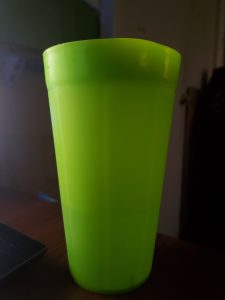 this is how it came out after putting it into metaphase 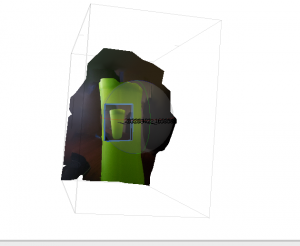 i didn’t integrate this model into my Vr room because it doesn’t look the model.

I used the Tafi program to make my custom character to upload to VRChat. with this program i found not difficult to make the character. when i uploaded the character to VRChat i didn;t see my character when i was trying to change my avatar at first so i went back to the Tafi program to see if i had did something wrong. But everything looked ok, so i went back to VRchat and i see that the character finally uploaded. i believe it had to load that’s why i didn’t see it the first time. The main reason i chose to use this program is because when i used the other one it was giving me problems and it wasn’t able to read the character that i made for some reason. 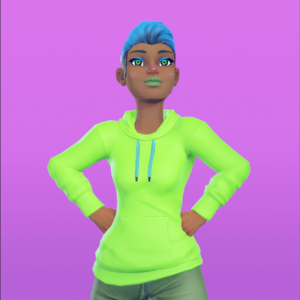 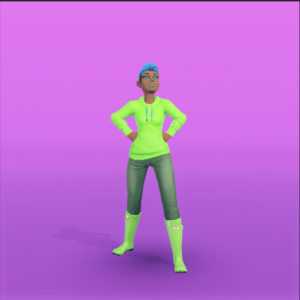 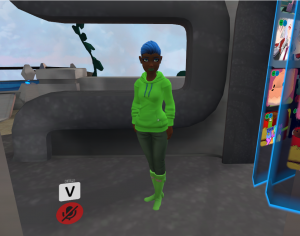 This is the room that i made without texture

with this one i got the mirrors to work and i wanted the room to have a simple look to it.

I played with the lighting in this one that’s why there is an abundant amount of light placements. I still have a problem with testing the room and uploading it to VRchat. 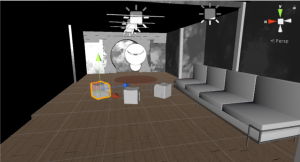 this is from the template room and i just added texture to it.

this is the outer view of the sample room that i modified. Adding the textures wasn’t challenging.

dealing with mirrors wasn’t so bad at first but for some reason i cant get the mirrors to show the reflection. it was working before but i didn’t properly save my project so this ended up happening. i had to get use to the lighting it was a little confusing at first but i got the hang of it. it took me three tries to get right. The main problem that i had was trying to test  the room. unity said i have to get a program in order to test it and i cant upload it to VRCHAT because i didn’t use VRChat long enough.

6 photos that inspire me

This show is called Orange and this image inspired me because this show teaches you the true meaning of friendship. 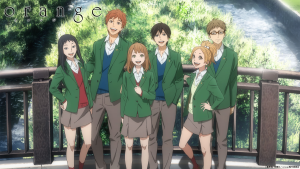 This one is called persona 4 and this inspired me because this show mainly focuses on finding your true self and not be someone your not and when you act like yourself you attract people that are similar to you. 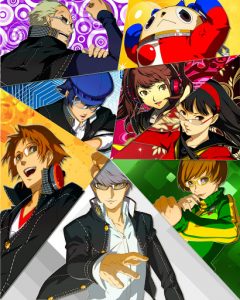 This one is a song but i found the cover image to it. The song is called Lean On Me. This is one of my favorite songs and its like every time i hear it i get emotional. This was one of the songs my late mother use to listen to too. 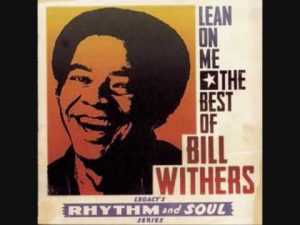 this is an image of Dragon Ball Z and this was one of the first animes i have ever watched when i was a kid and it’s all because of my mom that i watch anime so much now. 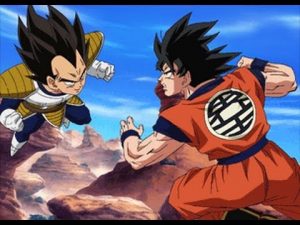 This anime is called Your Lie In April and this show inspired me to play the Piano. 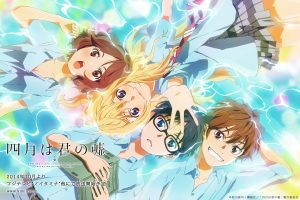 This anime is Called One Piece and this inspired me to not give up on my dream and to work hard for what you want. 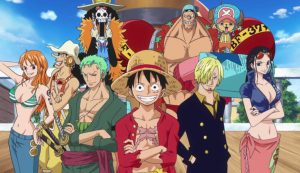