3D Printing is a process by which an object is printed in a 3-dimensional form made of plastic, polymers or other materials (depending on what is being made), looking like the actual physical object itself, instead of a flat 2-dimensional image. This kind of printing can only be done after one has created a digital 3D model of a desired object on a program. The object is created by millions of horizontal slices put together vertically in the shape of it. It is known to be an ‘additive process’.

In the beginning of 3D printing, it was used to make sample physical models of other objects. But it’s evolving to the point where it can make actual parts that fit into complex creations, and even help make them easier to build. 3D printing has been used in the medical field for making dental implants and accurate prosthetics for patients. It has also been widely used in the manufacturing world and is seen as a grand innovator in the future of industries. It was never thought that 3D printing would grow with accomplishments, because no one believed you could just make things out of basically nothing, and a lot of the public just saw it as ‘making products out of cheap plastic’, but its possibilities are really getting out there.

At its disadvantage, 3D printing is expensive and lacks end-product quality, but it is much faster, more flexible (because it can print almost anything), and it wastes way less material than any manufacturing company would.

For my Html Animation Project I want to try and animate a cartoon turtle (possibly made of shapes) swimming across a small body of water. He will move from left to right and his arms and legs will wail in swimming motion. The waves will be in motion too.

*This idea is subject to change. 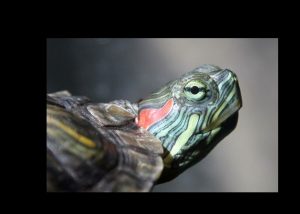 A black background gives the image a serious tone. It makes your focus more one the image itself and on the subject (the turtle). It feels like something important about the subject wants to be expressed. I chose black for the black in his eyes and shadows. 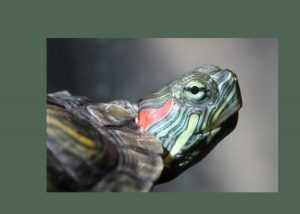 A green background similar to one of the greens on the turtle’s skin, gives the image a seriousness without too much weight in it. This color feels like it’s reflecting what the turtle is and how it is part of nature, and it makes the image feel more relaxed. 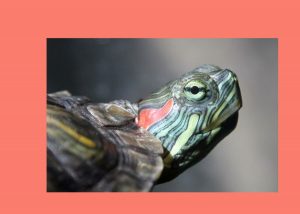 A peachy/orangey pink color makes the image more playful and it makes the subject pop out more because it contrasts its overall color. The color matches the streak of color that is the “red ear” in a “Red Eared Slider”. 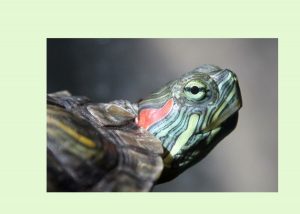 A light green offers a monochromatic color scheme that in my opinion makes the image feel softer and brighter. The light green matches his lighter skin color.

Technology is always evolving into something more. Imagine going from daydreaming about sitting on a cloud, then actually feeling like you’re on it, and then realizing it’s only a very well-made illusion. That is an experience an individual can have if he participates in a Virtual Reality simulation: an immersive and interactive digitally-produced environment where someone can see and feel real life sensations in an unreal setting. Virtual Reality is relatively new and has been a complex concept since its beginnings, yet it has managed to benefit and expand many other fields of study in the growing realms of technology in the past decades.

The concept of Visual Reality has been around since the 1930s, but it’s useful period never really began until the 1960s, where it was mainly seen in experiments and research. It didn’t receive its official name, “Virtual Reality”, until a computer scientist known as Jaron Lanier, also founder of the Visual Programming Lab, gave it that name. Even after that time, it advanced pretty slowly, mainly because of a legal clash involving the patent rights to the components that made up Virtual Reality. Sun Microsystems ended up owning the rights and they set standards for what hardware and software were to be used when creating virtual environments, making Virtual Reality a much more stable concept. Another reason Virtual Reality isn’t as widely used as expected, even today, is because people can’t afford it, nor the hardware they need to make it work. Computers used in handling Virtual Reality programs are very pricey since they need to have large processing power.

Virtual Reality lets people explore a world that realistically doesn’t exist by crafting senses that make them feel like they are in the real world. Certain elements are necessary to make Virtual Reality possible. Hardware and software from a computer are the first components needed to create and display an artificial environment. In order to run these kinds of simulations, the computers used to make them must be able to process large quantities of complex data. 3D modeling software and programs aid the making and designing of the environment seen on screen. The second main important element to making Virtual Reality happen is the Head-Mounted Display. This device is like a big pair of goggles that carry monitors in each eye lens. The lenses display two slightly different images of the same environment that when looked at together create a 3D illusion. When the individual moves, the images shown are supposed to move with the person in order to keep them up with the illusion. Sounds in the environment usually come from speakers in the headset. To make the experience physical and not just visual, gloves with fiber optic wires are also used so that the individual can feel different sensations. They even use haptic enhancement to let people feel as if in real life they can grab and touch objects that exist only in the virtual world.

Although video games are probably the most evidently known digital media to have used artificially crafted simulations, Virtual Reality has been beneficial in many other fields. For example, the government has invested in the creation of programs that simulate battles or crime scenes in order to provide more practice and training for military and law enforcement officials. Medicine has used Virtual Reality to make simulations of internal organs to help guide surgeons during complex surgeries. Education has used it in various manners, like for showing students replicated environments of countries that are halfway across the globe or the aquatic environment under the sea that they will never get to learn of by first-hand experience. Even psychology has used Virtually Reality as a form of therapy to treat patients with PTSD and help individuals overcome phobias by exposing them to artificially created scenarios related to what they are afraid of.

Aside from the high prices and complexities, Virtual Reality has also received criticism due to some of the side effects it can cause. Excessive use of Virtual Reality in any way can make some individuals lose the ability to distinguish what’s real and what’s not real. For example, police officers who spend too much time shooting at artificial criminals might struggle to distinguish whether someone is a criminal or a civilian, or they might feel paranoia often and assume that everyone they cross paths with is a possible criminal they should deal with. Other side effects include poor hand-eye coordination and bad eyesight caused by the extensive watching of screens. Also, people who undergo Virtual Reality sometimes experience a form of car or sea sickness, where feelings of nausea take over them. This happens when the artificial environment being viewed, felt or heard by an individual, lags in comparison to the expected speed. Sensors in human ears, skin, and joints send messages to their brains about what they hear and feel. When information from the virtual world and the real world don’t match up, but instead are contradictory when displayed to them, it can throw them out of balance and make them feel sick.

Virtual Reality is not the only of its kind that lets people interact with artificially generated scenarios. Augmented Reality is another digital media very similar to Virtual Reality. It uses the same hardware and software for the same exact purposes, but instead of putting the user in a whole new unreal environment, the user stays viewing the real world while computer-generated information and objects are laid on top of his reality so that he can interact with them. CAVEs, which stands for Cave Automatic Virtual Environments, are like experimental Virtual Reality made in a whole different way. Instead of using head gear and gloves, a CAVE’s main component is a room where the walls, ceiling and floor are all screens. The images are displayed on these walls by projectors and controlled by a user inside the room. More than one person can interact inside a CAVE at once. This turned out to be pricey and a little dangerous as people sometimes end up walking into the monitor walls.

Virtual Reality is an amazing technology that lets people place themselves in any environment and scenario, according to their needs and use for it. Even though it isn’t seen as much, it’s still very revolutionary and it’s still a growing technology that can be used in many different fields and benefit a wide range of people. The use of Virtual Reality in education, psychology and medicine to help students, patients and doctors learn in a more creative way is very advantageous when it comes to showing or teaching these kinds of people places, ideas and objects that they probably could never see or understand in real life. This technology is also slowly growing and limitedly used because it is expensive and not everyone can afford it, but in the future with more advances in technology it could become more reasonably priced and maybe even a little less complex. The same goes for Virtual Reality’s co-technologies, Augmented Reality and the CAVEs. A moderate use of these digital environments shouldn’t have anything but beneficial side effects. The most important thing people need to remember when using any artificial reality program is to not get caught up in it because even if it looks authentic, it will never be the real world.