Hello. My name is Jamal Taylor Jr. I am a Sophomore at CityTech, and I am studying within the Communication Design Major or better known as COMD.

I consider myself to be very creative and sophisticated. Right now I’m focused on building my design skills, and creating a brand for myself. I’m learning about all aspects of design and where it can take me in the future.

Other than a designer, I’m also a poet and somewhat of a musician. I’m a moderate piano player, learning to produce music, write poems and lyrics along with recreational photography.

Cipe Pineles is considered one of the most prominent designers of the twentieth century. She broke barriers when she became the first woman to join an all-male design company. As well as being the first female art director in a major magazine. She was born in Vienna, Austria in 1908, and attended both highschool and college in Brooklyn, NY. She attended Pratt Institute from 1926-1931, and won a Louis Comfort Tiffany Foundation Scholarship.

Pineles became greatly independent working with M. F. Agha and designed a number of projects independently. After that, she was soon credited for her significant art direction of many acclaimed publications. This would include Seventeen, Glamour, and Charm—where she developed her jolly modernistic style through a variety of treatments of illustration, image, and type.

Cipe changed the aesthetic of Seventeen Magazine through her applications of simplified/lowkey type. Under her direction she made the aesthetic focus on subtle elements of which was called a “classical” style. She ended up being the first female designer to incorporate illustration with fine arts since in that time this style wasn’t popular to most design companies. Her works within Seventeen Magazine were the first to be seen by mainstream media. Her approach opened doors for other young talents that were later well-known. “Cipe was a pioneer, not only because she was a woman in a typically male profession, but because she had a vision for innovation and wasn’t afraid to make it real.”(https://www.cipepineles.com/about-cipe).  For example:

Cipe’s philosophy in design was to educate her readers through the act of visually portraying what was needed in her designs. She wanted to show the best-innovative art solutions possible to capture the essence of her work. Cipe Pineles joined the faculty of Parsons School of Art and Design in 1963 and also worked as the school’s director of publication design. Until her death in 1991, her design career had spanned for almost sixty years. Throughout her career, Pineles consistently broke the glass ceiling and paved ways for the next generation of women in the graphic design field, which had remained as an all-male industry for a long time. 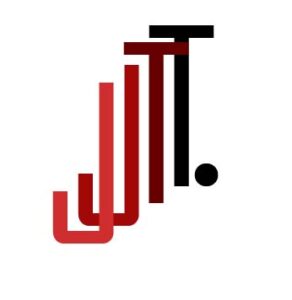 Out of the three, this has to be my favorite. It has such a bold and dense graphic color. The transition from orange-red to black and the overlapping letters shows distance between the foreground and background. I chose a Helvetica typeface to cater to the modern aesthetic. The period adjacent to the the last black “T” indicates the end of the initials. This design is supposed to express the many layers of my being, and how deep of a person I truly am. I feel that this logo truly expresses my being. 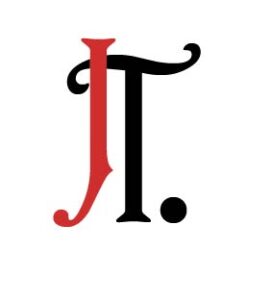 For this logo design, I used a serif font with curves and accents to express a luxury design to the logo. I intended these letters to express the way I am as a person, rough around the edges while simultaneously soft and sophisticated. 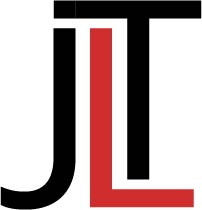 I used a Helvetica typeface because it expresses a modernized and sophisticated tone for this age of design. I placed watch letter adjacent to each other ,and closely spaced to bring out the contrast of the foreground and background. I also utilized closed spacing and negative space to portray a maze-like form inside the letters. 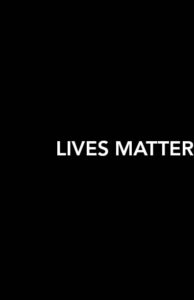 This design is inspired by Sean King’s “Black Lives Matter” movement to protest against systemic racism and police brutality. I decided to make a twist on the iconic quote by only revealing the words “LIVES MATTER” and having the entire page engulfed in black so the viewers mind would subconsciously know that the word “Black” is said without it having to be visually present. 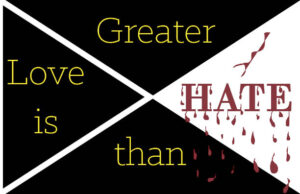 This design demonstrates the structure of a less than “<” & greater than “>” mathematic symbol of an inequality equation. The word “HATE” is gory and spilling over to express the potency of hate in society. I used the negative space to create the lesser/greater than symbols between “LOVE” and “HATE”. 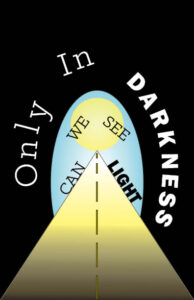 My intention with this design was to express the contrast between Light and Dark. The words “Only in Darkness” is placed within the tunnel walls conceals from the outside while the outer words “Can we see light” is located on the horizon. It expresses the quotes overall message of the majority of darkness being absorbed by the light.

Microsoft has been in existence for more than 4 decades, and is one of the top technology companies globally. The company’s iconic logo looked completely different in previous years. In fact, the company’s logo has gone under five revisions. The first Microsoft Logo was produced in 1975 by two of its founders, Bill Gates and Paul Allen. The logo was created using an old computer software called BASIC. It has a fairly simple design. The logo is separated into two lines with “MICRO” on the top while “SOFT” sits below it. Both words are adjacent to each other with concentric lines in order from darkest to lightest. Each letter is encompassed with several of these lines. Bill Gates and Paul Allen created their first logo with a retro style to appeal to the 70s Disco era. The specific font used for the logo is called “Moton”.

Microsoft then transitioned into another logo design change in the 1980’s only five years after their first logo. The company rebranded itself with a major change. They transitioned the logo from two lines to one, displaying “MICRO” & “SOFT” together as one word. The new logo’s characteristics consist of sharper edges and longer ends. It also has extremely tight kerning with letter stems that exceed past the baseline of the word. Some letters are separated by a small line space while the majority are conjoined together with no space in between them. This abrupt change from the original logo was to appeal to the metal and rock-and-roll bands of the 80s. This logo executes the heavy metal theme well because the sharp-long edges represent the shape of electric guitars. The bold lettering distinguishes Microsoft as loud, robust, risk-taking, and confident. The theme also appeals to a younger audience with the logo’s “edgy” frame.  We can see that there is a trend from Microsoft attempting to stay relevant to the times. The type is a Helvetica font in italics.

Two years later, in 1982, Microsoft transitioned into another logo design called the Bibblet logo. Microsoft decided to go for a more corporate theme. The Used a different color scheme along with an icon centered with the company’s name. The logo uses a sans serif font which makes the lettering more structurally sound and professional. This logo uses very tight kerning, but has little space in between so each letter isn’t touching the other. The logo also uses a green background color that acts as a complementary color to contrast with the yellowish-white text. The “O” is called the Blibbet, and has extremely bold horizontal lines that represent a disc. This design version is a complete one eighty degree turn from the 1980 theme. The difference in the color scheme, font, and kerning provides a softer element to Microsoft that would appeal to corporate businesses to use their products.

The next logo revision is called the Pac-man logo, designed by Scott Baker in 1987. This was Microsoft’s most consistent and successful logo since it was used for more than two decades before being changed again. The Pac-man logo is simplified and without color. It makes use of negative and positive space to create silhouettes of hidden objects. This logo uses the Helvetica font in italics. The logo uses a bold typographic color. Also, there is slit in the letter “o” which is why this logo was nicknamed the “Pac-man” logo. Microsoft wanted to distinguish themselves as a powerful and competitive company in the tech industry. The kerning for the text is still very tight, and only five out of the nine letters overlap each other.  This logo is bold and very straightforward.

The current is the most successful Microsoft logo because it displays their technical adaptability and resilience to change. It shows how Microsoft has been able to keep up with the times and remain one the best tech companies to the modern world. It’s also the most unique logo since it has an icon flag on its left-hand side to indicate its four major services. Outlook, Excel, Xbox, and office. Red represents Microsoft Office, Green Represents Xbox. The color blue is to represent Outlook. Finally, the color yellow represents Microsoft Excel   . This logo is colorful and elegant. The text is light-gray while the colorful icon grabs your attention.  The kerning is normal and only the letters “f” and “t” overlap each other. This logo was made for Microsoft’s newest Windows software.

Microsoft has had many drastic and subtle changes over time since its creation. Almost all of Microsoft’s logo designs related to the significance of the times/era in order to obtain mass appeal. It is important to understand the relevance of logo history because it shows designers and consumers that it is necessary to change in order for a brand or product to grow. When a brand/company demonstrates its ability to change the longevity of that brand/company is drastically increased. The final message to take away is to understand that just because a brand/company may not have the number of sales, profits, consumers, or partners in the beginning, it doesn’t mean those number won’t increase. Those stats would increase based on the longevity and adaptability of that company. In closing, Microsoft has demonstrated great flexibility, experimentation, wisdom, and progression over the years and currently in the present day through it designs.

Papadopoulos, Loukia, These Are the Five Logos Microsoft Has Had Throughout The Years, Interesting Engineering, April 4, 2019, https://interestingengineering.com/these-are-the-five-logos-microsoft-has-had-throughout-the-years

Hello. My name is Jamal Taylor Jr. I am a Sophomore at CityTech, and I am studying within the Communication Design Major or better known as COMD.

I consider myself to be very creative and sophisticated. Right now I’m focused on building my design skills, and creating a brand for myself. I’m learning about all aspects of design and where it can take me in the future.

Other than a designer, I’m also a poet and somewhat of a musician. I’m a moderate piano player, learning to produce music, write poems and lyrics along with recreational photography.