I love video games. I absolutely love playing them. They provide an escape that’s important to anyone who needs an escape from everyday life. To think about what goes into making universes and characters out of nothing is inconceivable. I’ve always admired anyone who’s ever made contributions to gaming. That’s why I hold Satoru Iwata with such high regard. He shaped the childhood of millions of children in the best way possible. He was responsible for the revitalization of Nintendo in the early 2000s with his innovative mind and passionate love for gaming. In the late 2000s to early 2010s, thanks to him, Nintendo experience a boom period of revenue, making them a contender as the best gaming company in the world. His influence on the gaming industry left a major impact that is still felt to this day. What was most important to him was how good a game was, as opposed to how good the hardware could be. He wanted to make games that everyone could play and enjoy. He was one the most beloved icons in the gaming industry, solely for the fact that he loved to interact with his employees and fans. Not that many CEOs of billion dollar companies are willing to interact with their employees or anyone below their pay grade for that matter. He was the president of Nintendo from 2002 up until his untimely death in 2015. One of his most famous quotes is “On my business card, I am a corporate president. In my mind, I am a game developer. But in my heart, I am a gamer.” 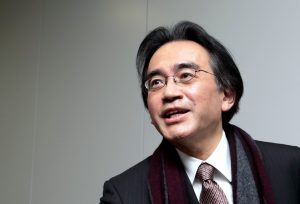 Born on December 5th 1959, a young Iwata showed a keen interest in computers and computer programming. One of his first experiences with computers came from playing during his middle school years at a subway station. He became intrigued by the ability to being able to play a simple game on one of the computers available there. He mustered up the money needed to buy an overly expensive HP calculator. Fascinated by the magnetic card reader that came with the calculator, he began to tinker with it, creating miniature games that he shared with his fellow classmates. This triggered within him feelings of pride and from that moment on, he dedicated his life’s work to bringing joy to people through his games.

His dedication with learning about computers lead him to become enrolled in the Tokyo Institute of Technology in 1978, where he majored in engineering and computer sciences. There were no specific programs for game developers back then when he started, so that was the closest thing to a game programming program. It was merely a foot in the door into the world of game programming. During his time off, he would go to a department store near his college. It was here where he met other people who shared interest in computer programming. They decided to form their own company, going by the name HAL Laboratory. They chose this name as a homage of the antagonist AI named HAL, from the Stanley Kubrick film, 2001: A space odyssey. They also chose this name because the initials of HAL were one step ahead of another company, IBM. He wasn’t a founding member, but he was one of their first employees. 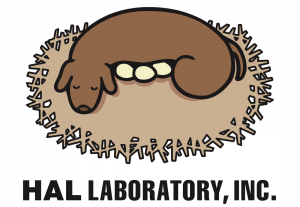 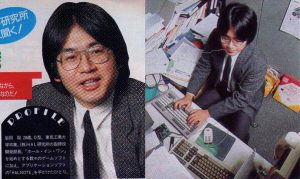 This man is the epitome of what communication design means. His goal was always to make games that appealed to everyone. Everything he’s done for the gaming industry and perhaps the entire world can be summed up in another one of his famous quotes, “Video games are meant to be one thing. Fun. Fun for everyone!” While other gaming companies focused on more powerful hardware for their home consoles, Iwata wanted to make games that were fun and easy to play for everyone.This manner of thinking about the software and games instead of the hardware and how powerful a console could be lead to him being associated with some of the most popular games ever created. When we was still a game programmer for HAL Laboratory, he was in charge of creating HAL’s first original game. This game came to be known as Kirby’s Dreamland. The ‘Kirby’ series, spanning 20 games, has since sold over 34 million units worldwide. Another game popular game franchise Iwata contributed to was the ‘Super Smash Bros.’ series. There were issues with the development of the second game in the series, ‘Super Smash Bros. Melee’, and Iwata stepped up and fixed the bugs and various glitches that plagued the game before it could hit its deadline. He did this while being a member of the board of directors for Nintendo, under the leadership of then President of Nintendo Hiroshi Yamauchi. A retiring Yamauchi took notice of Iwata’s leadership skills and, with just under two years as a board member, he promoted Iwata to President of Nintendo in 2002. Iwata was the first outside of the Yamauchi family to become head of the company. That goes to show just how dedicated and driven he was to the completion and perfection of his games. 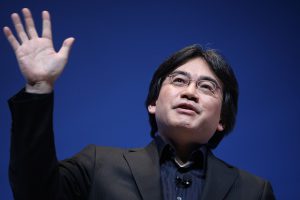 His achievements later in life were concrete proof that he opened the door for other companies to follow in his footsteps. His vision made companies take a different approach on how to offer games that appealed to everyone. The idea for the Nintendo Wii, which Iwata chose to include motion control input when the development of the Wii first started out, has pushed other gaming companies, as well as other tech companies, to include motion control in their games and hardware. PlayStation has since made PlayStation Move and Xbox introduced the Kinect, their answers to Nintendo’s Wii motion controls. Other companies took notice as well, and they started working with motion control and VR technology. For example, PlayStation released their VR companion, PlayStation VR, to go along with the trend. Microsoft as well are considering making a VR headset for the Xbox One. Not only did the Wii become an important console in Nintendo’s history, but the Nintendo DS as well. It was a massive step forward in the push towards mobile gaming. The appeal of the small two-screen console, with the introduction of games that appealed to general audiences, such as NintenDOGS and Brain Age, made the original DS, which was released in late 2004. The DS would go on to become Nintendo’s best selling handheld console, as well as the 2nd best selling console of all time, with over 154 million units sold since its inception. Then in 2006, the Nintendo Wii was released. This too would go on to be extremely successful, with over 100 million units sold. 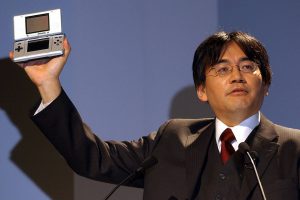 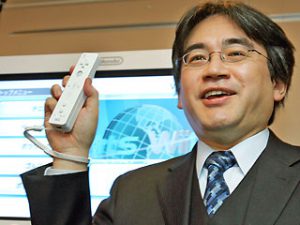 As much success the Nintendo Wii and DS was for the company, profits took a downturn when the Nintendo Wii U was released. Consumers didn’t really gravitate toward this console, and it being dominated by PlayStation’s PS4, and Microsoft’s Xbox One. The financial downturn in revenue promoted Iwata to take a  50% pay cut of his salary. He didn’t want to fire any of his employees, as he saw this as ruining the spirits of the employees, and he didn’t want that. Although he saved his employees from possible termination, he couldn’t save himself. He had developed a rare form of cancer, bile duct cancer, and this caused him to miss out on Nintendo’s press conference at E3 2014. He got slightly better but then was back in the hospital a year later. He missed E3 2015 and thanked his fans for their warm wishes. No one did really grasp the severity of his illness and one July 11, 2015, he had passed away. He was 55 years old. His untimely death shocked the entire world and an out pour of gratitude as given from fans and people in the industry. He is dearly missed by the entire gaming industry for his innovative mind, his kind and gentle demeanor, his care for his employees and fans. Above all else, he be missed because he was one of us. 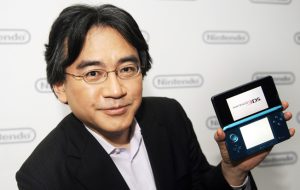 I can say from first hand experience that he was right. He was right about everything. His instinct for contributing towards games that appealed to everyone paid off. When my mother bought me my wii in 2006, I didn’t know she was going to play with me, but she did, and it was fun. The rest of my family followed suit and even today we plug it back in to enjoy a trip down memory lane. His games were easy to pick up for beginners and gave a challenge to experienced gamers. Satoru Iwata’s games and vision have a lot to do with Communication Design. He was more hands on with the technical side and programming, but he still wanted to convey an important message. That message being the everyone can be a gamer. Games are meant to be one thing. Fun. 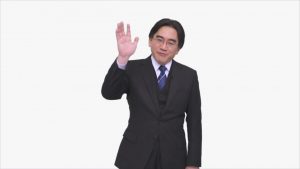