1. Implementation of Terrain, Trees, and Grass

4. Changed many times from Distance Grab to Regular Grab

6. Added Lighting for the Game 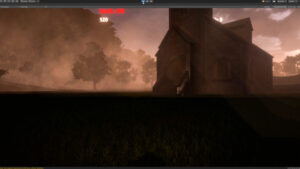 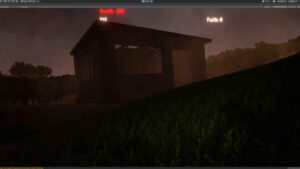 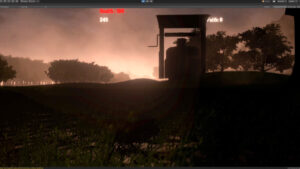 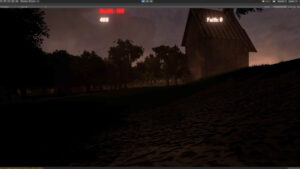 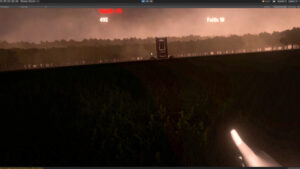 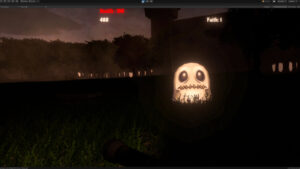 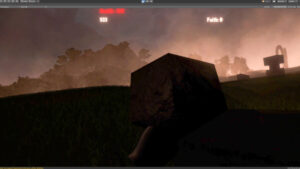 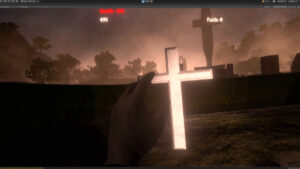 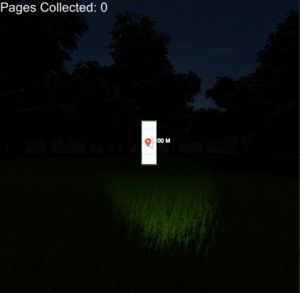 Step 10: Move the Cube Further from the Camera and Rotate it

Step 11: File, Build Settings, Make sure Run Device is your Android and hit Build. Transfer the file into your Android.

Step 12: Open the File in your Android and Eureka, it works!

Step 1: Made An Account
Step 2: Add Project, Gave it a Name and Clicked Basic
Step 3:  Took a Picture of a poster in my house placed it on the “Drop Image Here”.
Step 4: Downloaded a video off of YouTube with a Green Screen and placed it on “Drop Video Here”.
Step 5: Checked “This Video is Transparent
Step 6: Changed The RGB to Green Only
Step 7: Pressed Add on the bottom and then the option in the middle that says “Yes, Please Adjusts The Video”
Step 8: After it’s being processed, press play and you get to witness magic happen.
Step 9: Open the app on your phone and go to the poster and boom, it works. 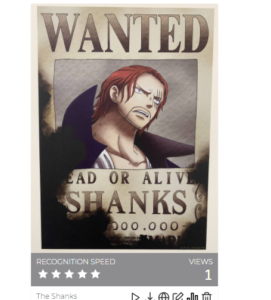 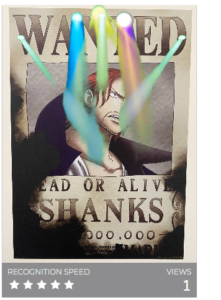 -Pick an anime or movie

-Brief description of the show

The description of the show is that you follow the main protagonist named Kirito and this VR game has finally been released called Sword Art Online. Many citizens around the world purchased the game and were able to log in seamlessly.  After a while of everybody playing the game, some people are ready to call it quits for the day but the logout button isn’t there. A strange entity tells everyone in the game that they are forced to stay logged into the game until somebody beats the game. Everyone’s avatar comes to life and looks like how they look in real life. If they are killed in the game, they are killed in real life. Also, if someone were to remove it in real life, a shock will be sent straight to the brain and the user will be killed.

A game of life or death, who will survive this fantasy world?

-What XR apparatus do they use?

The XR apparatus they use is Virtual Reality called NerveGear created by Argus.

-Who uses it and for what purpose?

The people that use it are citizens willing to play NerveGear where they are put into this sleep and have full control of their avatar once they’re in this virtual world. The sole purpose is for entertainment but as other games were created overtime, the military ended up using it for training.

-How does it work?

It works by completely controlling the player’s consciousness by redirecting the signals the brain sends to the body and sending its own waves to stimulate the five senses.

-How is it designed?

It has a single interface that covers a player’s whole head and face.

Overtime, the 2nd generation, which was a lot safer, was released to the public called AmuSphere.

-How can it be hacked?

-Other shows that use similar tech?

Other shows that use this technology are Log Horizon, BOFURI: I Don’t Want to Get Hurt, so I’ll Max Out My Defense, and Overlord.

-How would you improve it?

I wouldn’t improve its functionality because over time, the technology used to produce this functionality is phenomenal and I wish it were real. However, if I were to improve it, I’d make it look much more realistic looking.

-Does it exist in real life?

No, it doesn’t exist in real life but it’s similar to the concept of Virtual Reality but we are not there yet. Also, they released a movie as well that dealt with Augmented Reality and it looked like an ear piece.
-Prepare a video where we see it in action (no more than 5min)

The Link on the bottom has pictures to showcase everything.

A technological misuse is the airdrop feature in Apple products. It is used to send personal messages seamlessly in less that a few taps on the screen, however, there are people that use it differently. If you have your airdrop available to the public, random strangers will send you pictures of unpleasing things or even messages. Another technological misuse is flash drives. It is used to transfer personal information across different devices. However, some people would grab information from other computers without permission. It’s an invasion of privacy. Privacy is a major issue when it comes to Technological misuse because people would use it’s purpose for invasion rather than safety. 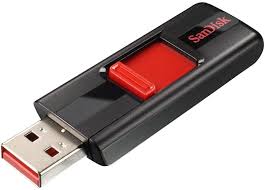 These are the steps I took 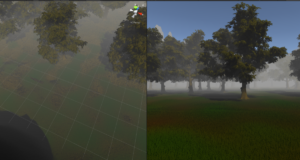 The essence of story-telling in a game will keep the player immersed in the story and characters. It inspires me because over the years of playing games, watching shows, movies and reading books, the thing that will always keep me sticking to it is the story. There have been games that I’ve played with mediocre gameplay but the story kept me playing till the very end. Example (One Piece World Seeker). I want to be able to create a story that helps people feel emotions to the core. 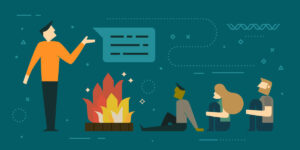 I’ve been playing video games since I was 7, probably longer but I can’t remember. I love how captivating a game can make you feel the more you play it. The immersion sense makes me feel as if I’m really there. It can also be to just have fun, rage, cry and many more emotions. Video Games is my inspiration. 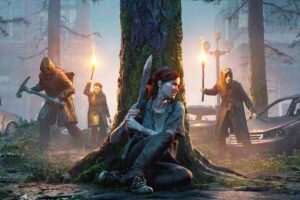 Click*. Photography has become a small hobby of mine. It inspires me to be able to capture moments in life and transform it to an art piece to my eyes. I’ve got to get better but I enjoy making moments in real time. Going from setting to setting, you can capture something that looks better than ever before. 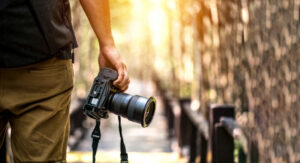 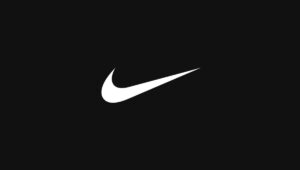 It’s my favorite brand for years and years. The people I’ve enjoyed watching in the company have inspired me to be the best person I can ever be. With hard work and determination. Speak your mind, you are your own person. As well as many more, this company inspires me to be better,

This is my Solar System made  in Unity. This was a fun project to do because it helped dive into the game world of things. In order to make this. I created a 3D sphere of each planet, moon and sun. I would place an image on that sphere so it can look like something you will see in space. I would add rotation to each planet so it can orbit around the sun since that is how it’s like in Space. The only thing not orbiting around the sun is the moon. The moon is orbiting around the Earth and has a different speed and rotation space. For the sun, I added fire as a sound effect. I then implemented a picture of space in my background so it can look like our Milky Way Galaxy. This is my creation and I hope you get to enjoy it.

After gaining a lot of experience with after effects from the group project, I decided to make a postcard that had a nice ambiance to it. I implemented a bubble turning into an ice on the part where you can open the envelope. I had to mask it from one video to the still image. Then, I inverted it to show the part I wanted onto the envelope. I changed the opacity to a cooler tone because it is a bubble turning into ice. Afterwards, I ended up noise to the video. Noise is like a static you get from a TV. I made this noise and made it into my own fog. I changed the opacity enough to be able to see the envelope. I added evolution so it can look like its moving but it is still in the same place. Also, I had to use offset turbulence in order for it to move around to the right so it won’t just be not moving at all.

« Older posts
Write a brief paragraph to introduce yourself to your visitors and explain what they will find on this site. Be sure to add more developed content to your About Me page. (Edit this paragraph in Dashboard > Widgets > Text)