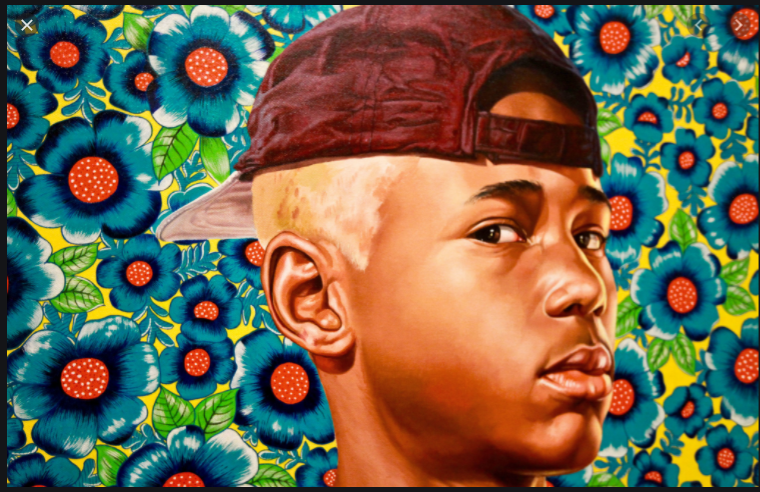 The Brooklyn Art Museum was the last trip I went on before quarantine and it was worth every minute. On my way there I passed by the Brooklyn Botanical and enter the giant 5 story building that holds 1.5 million pieces of art and 9 exhibitions that I was lucky enough to see before the temporary closure. Of those 9, my Digital Media Foundations class focused on two such as the JR Chronicles on the first floor where the artist created these giant moving murals of people. A popular one was ”The Gun Chronicles “ where we could hear the different voices and stories of people who “attended” the meeting and it was created for the cover of Time Magazine in November 2018. The other one that we focused on was the Jacques-Louis David Meets Kehinde Wiley exhibition in the Schapiro wing on the 4th floor that included Wileys 2005 piece “Napoleon Leading the Army over the Alps” that was of a black male subject wearing a contemporary outfit with bright colors. The museum fits the artwork of Kehinde Wiley and Jacques-Louis David together for the viewers to see the parallels between their work and what Kehinde expanded on. Both of these artists showed us a unique way to change the social-political level of this world and how it changed them from art activist to a world-renowned artist. Kehinde Wiley who was inspired by David created a beautiful mix of classical portraits with hip hop culture by putting rap stars in a style that we’d usually see powerful leaders from the 1800s in 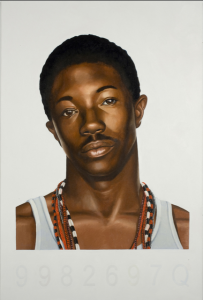 Kehinde Wiley started by traveling NYC streets and asking men if they would like their photo taken and painted and this moved to him traveling worldwide and adding women to the mix. Wiley would push what he could do with the photo to include elements like flowers and flamboyant fabrics that would soften the masculinity of subjects through his portraiture. He’s creating contemporary iconic images choosing his own heroic figures and sumptuous modern backgrounds. His paintings are made for the modern world who is used to shiny magazines and advertisements with a contrast to the classic subdued color pallet hence why pinning the artist he based his work on next to his 10-foot paintings shows great contrast in time and colors. Wiley is moving a word with his work, he was deeply influenced by what the black male goes through and how little they are given so he’s trying to showcase or “street cast” them in paintings as his contribution. Everything is an explosion of life and color while saying “We Are Here, We have our own identity, We exist, We are beautiful and powerful”. He doesn’t seem too worried about opinions or slam articles that claim he’s exploiting cultures because he knows his message whether it’s clear for others or not. What put him into the street casting was a mugshot of a black male with all of his information on it that almost blew past him but he caught it and thought the criminal would’ve made a perfect painting. 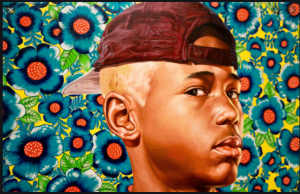 In the museum, we made comparisons of the “Napoleon Leading The Army over the Alps” painting and the original by Jacques-Louis David painted in 1801, placing these masterpieces next to each other a spectator can reflect on how art is used to influence minds. Both of these painters had a goal: send a political message of power and victory such as Napolean eager to show his success in war and exposing a long time undervalued heroes of the black community. By installing his uncommon and unknown black model in the same context as an emperor, Wiley pushes us to think further and show us how the symbolism of images is used in characterizing social reality.  The size of the “Napoleon Leading The Army over the Alps” is what caught my attention with his work. I brought my friend whos a black male to this museum and when we saw it all we could do was stare in awe. We analyzed every inch of that one giant painting and he even mimicked the pose that the subject was doing, at that moment it hit me that this was who it was for. The representation that it shows and how it makes my friend feel is what this painting was made to show and be perceived as. I prefer seeing the men that look almost identical to my family and friends in 9-foot paintings in a classical location with a contrasting background. He has been famously commissioned by Barack Obama, Micheal Jackson, and MTV and has his work in multiple museums now but he started in the Brooklyn Museum on the eastern parkway. Kehinde’s work has shown me and the world that we can all be leaders in our own stories and the main focus of a painting without it being based around our race every time. Thus hopefully changing the way society sees people of color in artwork and real-life since Wiley picked his subjects right off the street. 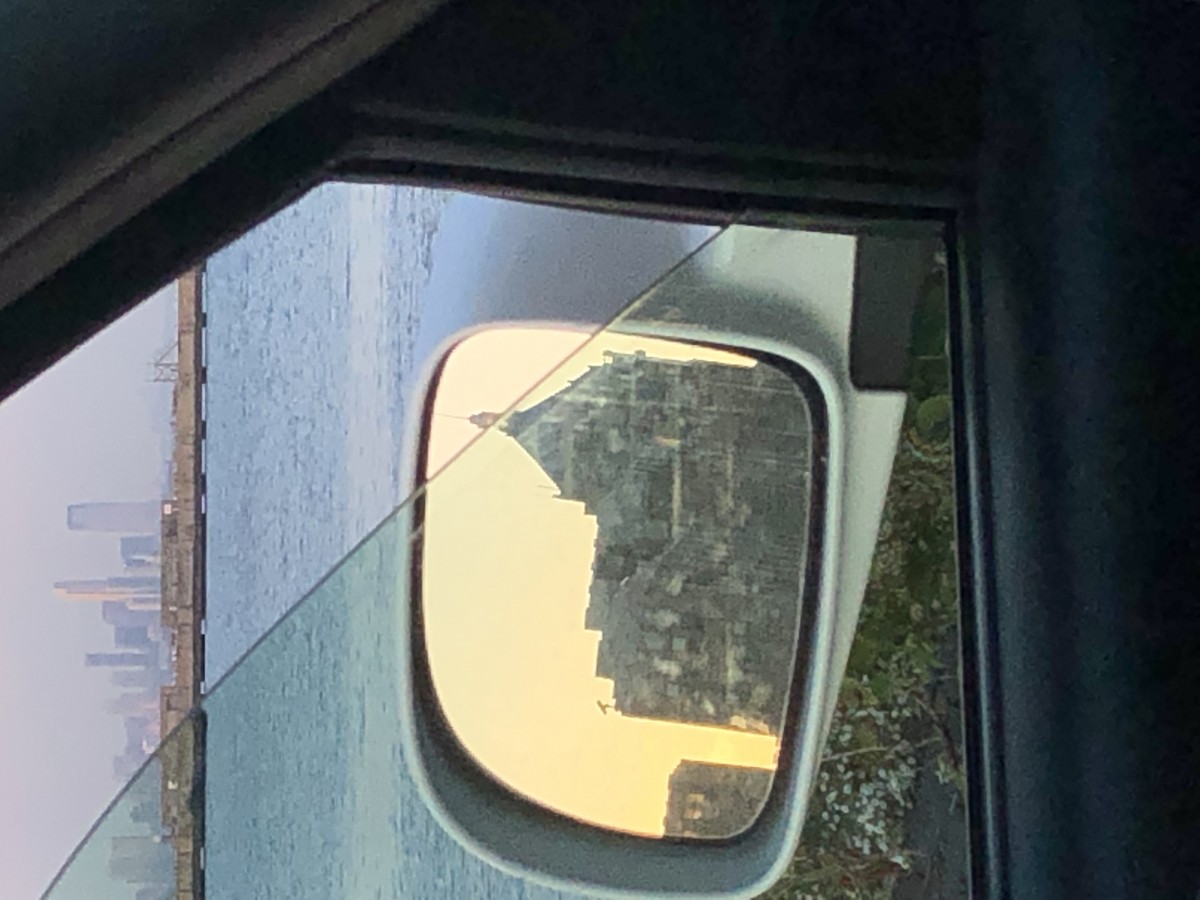 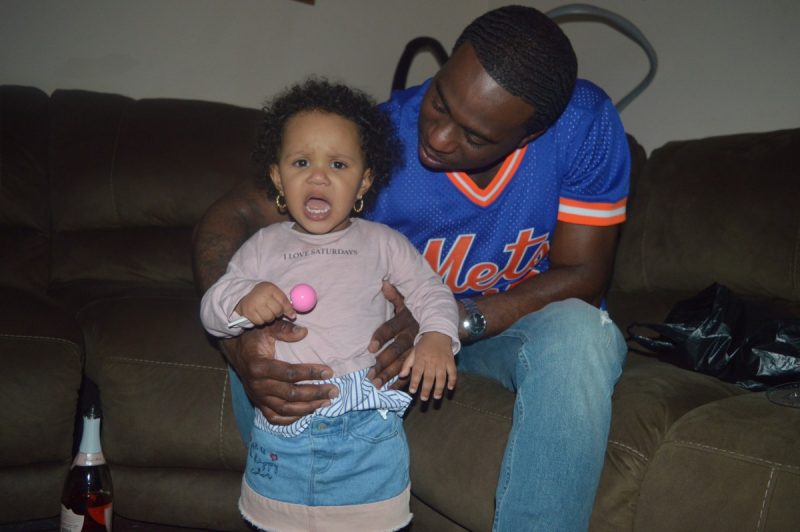