Adidas which is known as one of the greatest clothes company, has made a huge impact on society today. Eversince it was invented the brand has been used and warn in all around the world through clothing. As stated in the article “History and background of Adidas” it states that Adidas is currently the largest supplier of athletic shoes in Europe. The founder of Adidas is known as Adolf or AdiDassler. The invention of the adidas shoes began in the 1920s with the help of his brother Rudolf Dassler who created a shoe company called PUMA AG. Adi created Adidas after realizing the need for performance athletic shoes.

In, addition, AdiDassler’s goal when making his shoes was to provide every athlete with the best equipment. As he would plan his creation, he would keep 3 objectives in mind. The 3 objectives were to design the best shoe for the requirements of the sport, protect the athlete from injury, and make the product useful. The company’s clothing and shoe logo designs have three parallel stripes, and this same design is used into Adidas’s current official logo. For years the only symbol associated with Adidas was the trefoil (flower) logo design. The 3 leaves symbolize the Olympic spirit, linked to the three continental plates as well as the heritage and history of the brand. Another adidas logo was a three-Stripe brand mark which became the worldwide Adidas corporate logo. This logo represents performance and the future of the Adidas branding identity. The closest font you can get for the ADIDAS logo is ITC Avant Garde Gothic STD DemiBold font.

At the age of just 20 Adolf Dassler was motivated by a single idea when he made his first shoes in 1920 which was stated in “Adi Dassler – The Man Who Gave Adidas Its Name” . Adidas become worldwide to the point that the company worked with celebrities know as Stan Smith, Kevin Garnett, Tracy McGrady aka TMAC, Missy Elliot, and many others. Adi Dassler focused his work on track and field. Athletes wore special shoes from his workshop for the first time at the 1928 Olympic Games in Amsterdam.

In conclusion, after the Adidas invention, Adolf became very popular. His creation made huge improvements on the sports equipment. It was more protective and valuable. 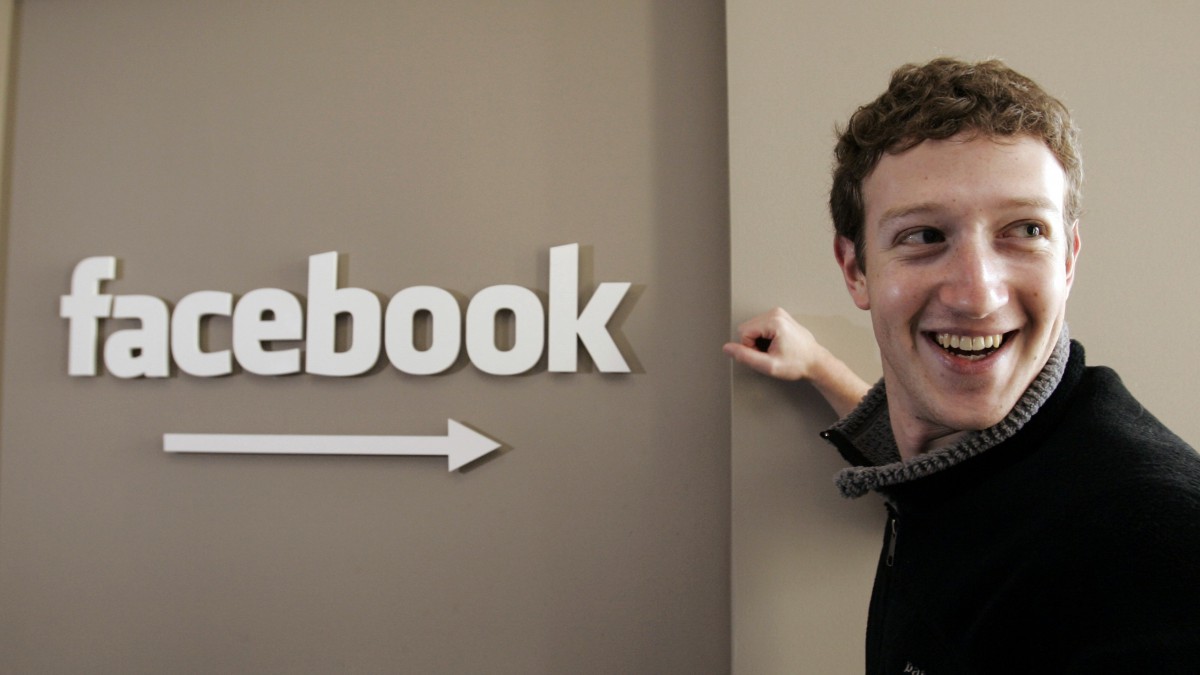 Mark Elliot Zuckerberg who is the chairman, chief executive, and co-founder of the social networking website Facebook was born on May 14, 1984. He was also an American computer programmer, Internet entrepreneur, and philanthropist who attended to Harvard University. At Ardsley High School which Zuckerberg had attended,he was an excellent student who did well in all his classes. Since he was such a dedicated student in his early school life, he won prizes in science, math, astronomy, and physics and classical studies. At Harvard College, he was great at reciting lines from epic poems such as The Ilia.Zuckerberg began using computers and writing software in middle school. His father taught him many things such as Atari basic programming in the 1990s.To improve on Zuckerberg skills, his father later hired software developer David Newman to tutor him. Zuckerberg took a graduate course in the subject at Mercy College near his home while still in high school. Overall he was very bright.

In addition, when mentioning his accomplishments, when taking classes in Harvard, Zuckerberg achieved a reputation as a programming prodigy. While still in high school, he created an early version of the music software Pandora, which he called Synapse. Many companies including AOL and Microsoft had a interest in buying the software, and hiring the teenager before graduation. Mark invented so many programs since he enjoyed working with computers. He built a programs such as Course Match, which helped students choose their classes based on the course selections of other users and he also invented Facemash, which compared the pictures of two students on campus and allowed users to vote on which one was more attractive. His inventions had made him very popular in the field he was studying which gave him the opportunity to accomplish many of his dreams. Now when it came to creating Faceback as one of his biggest accomplishment ,he first was going for a program that he was going to create with his fellow students. This program was known as Harvard connection. In the article Mark Zuckerberg biography it states “This site was designed to use information from Harvard’s student networks in order to create a dating site for the Harvard elite.”Zuckerberg then dropped out of the group and decided to make his own social network along with his friends. The idea of Facebook was that it allowed users to create their own profiles, upload photos, and communicate with other users. The name for Facebook came from the publications that some colleges pass out to students at the beginning of the year to help students get to know each other better, called a Facebook.Zuckerberg dropped out of college to devote himself to Facebook full time, moving the company around the world and by the end of 2004, Facebook had 1 million users.

Mark Zuckerbergs accomplishments are so appealing to COMG and CDMG because his accomplishments have to do with these majors. COMG and CDMG have to do with communication design such as first advertising design which refers to the creation and organization of visual artwork used in advertisements (ads) for products and services. We also have a web designer which is someone who prepares content for the Web. This role is mainly related to the styling and layout of pages with content, including text and images. There’s a graphic design as well which is the art or skill of combining text and pictures in advertisements, magazines, or books. Even though there are more fields in this major, what I’m basically trying to say is that Zuckerbergs accomplishments relates to these fields and these fields inspired him to accomplish a lot in his life. Zuckerbergs accomplishments involved web design mostly and because of his dedication to his invention, his creation became popular.

Mark Zuckerbergs success relates to COMG and CDMG because his accomplishments have to do with designing. As stated in the article about the history about Zuckerberg is in early life it states “Zuckerberg took a graduate course in the subject at Mercy College near his home while still in high school. He enjoyed developing computer programs, especially communication tools and games. In one program, since his father’s dental practice was operated from their home, he built a software program he called “ZuckNet” that allowed all the computers between the house and dental office to communicate with each other. It is considered a “primitive” version of AOL’s Instant Messenger, which came out the following year.”

The main reason why I selected this person was honestly because of his facebook invention. His invention inspired me to want to get to know more about the creator of the social network. I basically wanted to research on what made him want to create this program? What lead him to this invention? Mark Zuckerberg caught my attention also because I enjoy using facebook and interacting with others. His idea was genius because it allowed people to get in contact and share photos and media with others. For example in the article about Mark Zuckerberg it indicates “Mark Zuckerberg is the CEO of Facebook, which he founded in 2004. Facebook is a social utility that helps people communicate more efficiently with their friends, families and coworkers. Mark is responsible for setting the overall direction and product strategy for the company. He leads the design of Facebook’s service and development of its core technology and infrastructure. Mark attended Harvard University and studied computer science before moving the company to Palo Alto, Calif.” The fact that he was young and he accomplished all this brings hope in my life that one day I can do the same thing and create a invention that the whole world will adapt into using. It will take hard work and dedication just like Mark showed. Mark Zuckerberg was the youngest billionaire who ever lived.Thats another thing that caught my attention.For example in the article about Mark Zuckerberg it shows “ In this success story, we are going to share Mark Zuckerberg biography, the youngest billionaire on the planet who created the Facebook social network that now has 1 billion monthly active users. Thanks to Facebook people around the world can easily keep in touch with all their friends. Not long ago, society just did not have such opportunity, but now everything has changed.” How useful has facebook become. The idea of a young billionaire has made a huge impact on the world. It brought unity to families and communication as increased. It allowed people to meet new people and it gave people a chance to experience social media in a whole new way. For example the article states “ However, Facebook is not limited only to communication and acquaintances. There are numerous interest groups and fan pages that help to rally the people together. This is not counting the fact Facebook is also a huge database of profiles, exceeding the most popular dating sites and chances to find your second half are impressive.”

In conclusion, Mark Zuckerberg who was the founder of facebook was a very successful young man who accomplished his dreams. He was very talented in what he enjoyed doing and because of his work and his dreams he became a billionaire and most importantly his inventions impacted the world. His work inspired me so much and this is the reason why I choose to write about him. 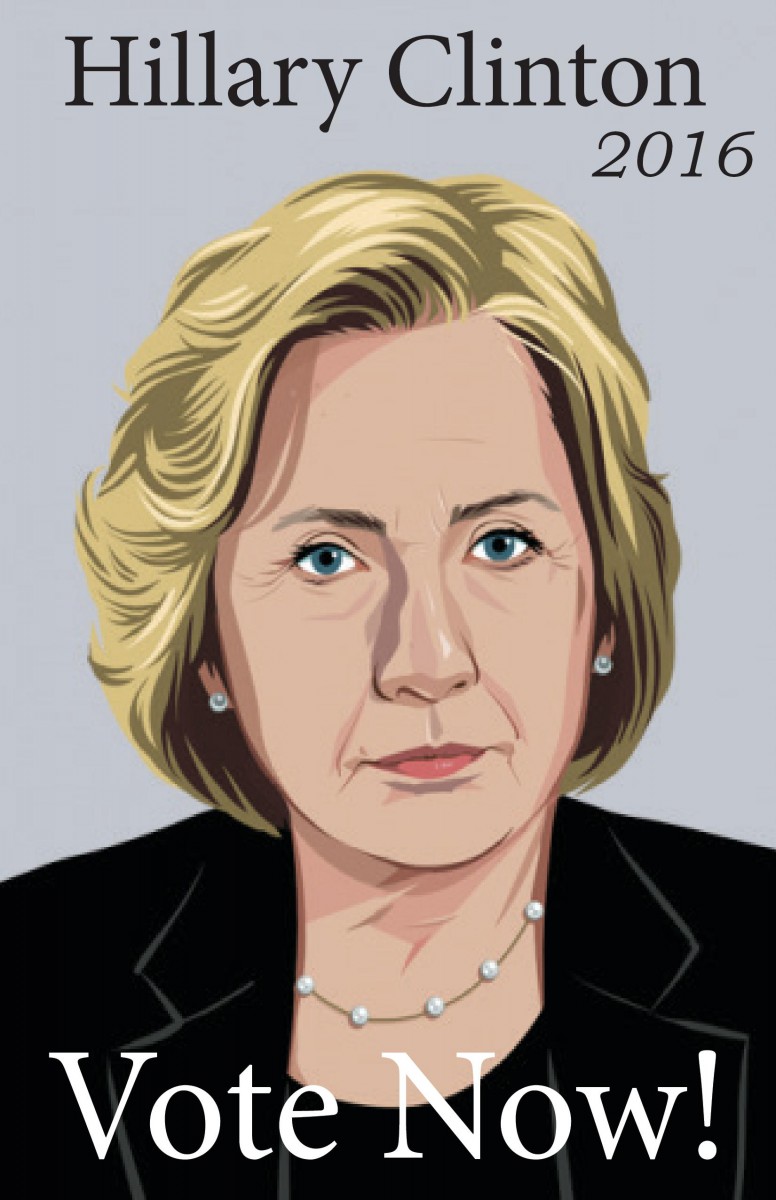 In the field trip to United Federation of Teachers, I’ve had a great experience with my fellow classmates. Most importantly I learned so much. As I was entering the building of the UFT print shop a lot has caught my attention. First of all, when going to the building and going to the floor of the printing shop, everything reminded me of a factory. There were many types of printers and they were printers that had its own function that really impressed me. One of them is called Combination Press. Combination Press can is ideal for a wide range of applications including, films, foils, labels, cartons, printed electronics, lottery tickets and others. Another item that caught my attention and that I felt was important to me was the silk screen printing. The silk screen printing is a printing technique whereby a mesh is used to transfer ink onto a substrate, except in areas made impermeable to the ink by a blocking stencil. Also Gravure printing is a type of intaglio printing process, which involves engraving the image onto an image carrier. In gravure printing, the image is engraved onto a cylinder because, like offset printing and flexography, it uses a rotary printing press. These were important because they played a big role in the printing shop. 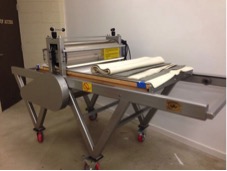 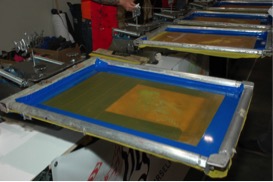 The Life in a Day video