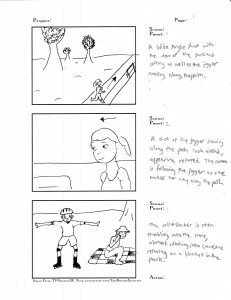 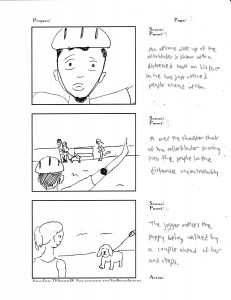 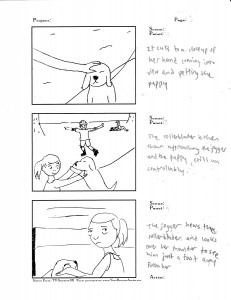 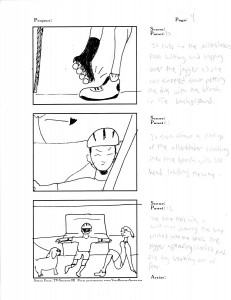 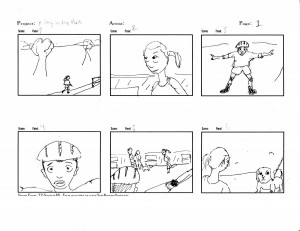 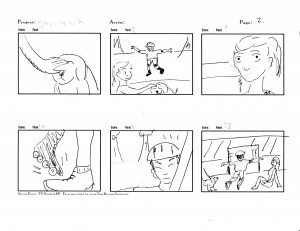 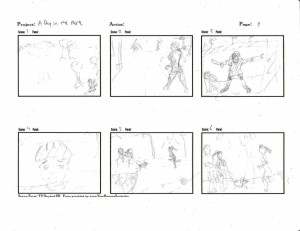 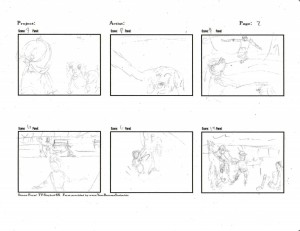 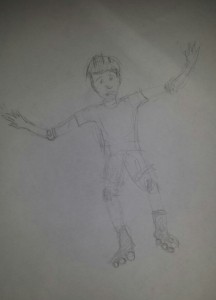 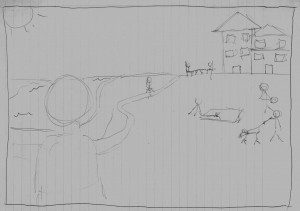 Letterpress printing is a method of printing where physical metal type is set into the bed of the printer, inked and paper is rolled onto the inked metal type. The metal type is movable and can be arranged to make whatever words necessary. In hand presses a crank is pulled that pushes the paper onto the inked metal type. The invention of Letterpress printing with movable type lead by Guttenberg was one of the most important invents in history as it lead to the fast production of materials like flyers and books which in turn educated and spread information faster. 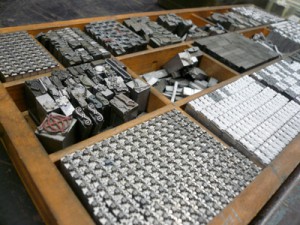 Example of the movable type

Offset printing is a method of printing where rollers, ink and water are used to print high quality images. In offset printing a ink rollers and water rollers fill the image of what is to printed as water does not mix where the ink has set. After the ink has been applied evenly to the plate it is then rolled onto the paper where it is then rolled onto the blanket cylinder and finally the paper.  This method of printing allows for fast and high quality production of text and images for print materials such as newspaper and magazines that require constant and fast prints. 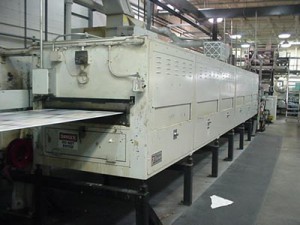 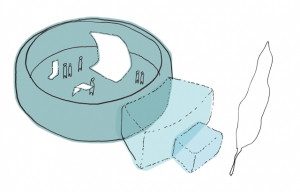 One piece I found interesting on the AIGA site was a concept design of a new modern workspace or studio for todays business. The article details how the private, cubicle office has demised and openness and inclusiveness has emerged in the office setting. Since offices are about employee bonding and collaboration, AIGA has launched an initiative to design a studio for 2015 that takes all that into account. The studio illustrated in particular is completely round and open which allows everyone inside to face one another and push communication and collaboration. 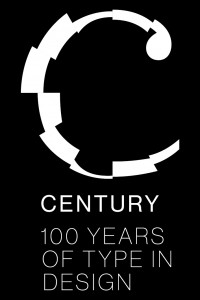 Another interesting graphic design piece I found on the AIGA site was for an exhibition of type put together by AIGA. This poster in particular is black and white with what seems to be the letter C  in the middle. What is intriguing about this letter C , after further examination, is that it is made up of completely different fonts and arranged in way to make one letter. You can see the different strokes and weights of the serif and sans-serif fonts and how combining them creates a visually intriguing design in and of itself while still representing a C for the century of type in design exhibition.

Paradigm shift: Need something in space? Print it, don’t ship it

This article discusses that a 3D Printer will be launched into space this year aboard commercial space flight provider SpaceX’s dragon capsule. The CEO of the company Made In Space, Mike Chen, describes this as a “proof of concept” for the efficiency and convenience it provides for astronauts in orbit. Since it is incredibly expensive to launch crucial objects into space, Chen says that physically printing the object or tool in space would save the headache and money of creating it here and launching it into space on a shuttle. Chen further details that the power of printing in space allows people to print objects that exists in a no gravity environment. This article is a look into the technological power that a 3D printer provides for once seemingly difficult tasks, such as creating and reproducing specially engineered objects.

For Adobe, the Future Is in the Past

What I took away from this article is the deliberate attempt by Adobe as a company to revert back to the methods of old when it comes to design and creating work digitally. For years now with the advent of the personal computer graphic design has been in a paradigm of point and click when it comes to designing. What Adobe is trying to do is bring back the old hands, physical involvement that was graphic design before computing with their touch displays that they are developing. I think it is an exciting development that Adobe has undertaken and see a whole new way in the method in which designers created their work digitally for years to come. Giving designers more liberty with touch but maintain its digital makeup is a very intriguing proposal.

MASTERS OF DESIGN 2009: WHY COKE’S DAVID BUTLER IS THE REAL THING

In this article David Butler of Coca-Cola is developing a new marketing strategy for Coca-Cola through its visual design. They have experimented with the packaging design and the bottle itself with sleek aliminum and ferrari insipered beverage dispensers. Through all their attempts what is at the root is that Coke is trying to adapt to a changing consumer base that is moving away from sodas and in hopes of rebranding itself retains that universal appeal that has made Coca-Cola a household name.

Google’s Chromebook and its price is discussed in this article concerning whether or not it is good to market your product with a low price as compared to competitors or not. The article discusses how people and users often dont automatically link to the lowest price. In this digital age and the instant connectivity of media such as movies, tv, music, games people often find paying for what they want the more trusted and accustomed safe bet to get what they want. Features such as tech help and reliability are brought up as points as to why people would go towards more expensive brands ash opposed to the cheapest one.

During the visit to the printing workshop we got to see two demos of letterpress and offset printing. In the letterpress printer there was a plate of cast type set in a plate. Red ink was spread across another plate that the ink for the type was rolled onto. After setting the paper and cranking it into place, sheets of paper with type and an image were produced. In the offset printer paper was loaded into the front and the blue ink was spread across a roller on top of the machine that when activated quickly printed sheets of paper based off of a design on a translucent page.

My name is James Mateo and I am currently studying design. You can find some of my work here so feel free to take a look around!