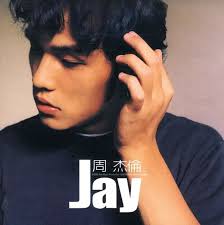 Jay Chou is a Taiwanese singer, songwriter, record and film producer, director, and actor. He released his first album titled Jay in 2000 at the age of 21. While the album was well-received it was not until a year later when he released his sophomore album “Fantasy,” that he became a bona fide star. At the time, his music was dramatically different from the other types of mainstream mandarin pop, including themes and his vocal delivery. To date, he has released 14 albums.

With his huge following in Asia, it would come as no surprise that Hollywood would try to tap into his popularity. Chou would make his Hollywood debut in 2011 in the modern-day remake of “The Green Hornet,” where he played Kato (a role formerly played by Bruce Lee in the 1960s Television iteration) costarring alongside Seth Rogan’s Green Hornet. The movie was panned by critics but made a profit. While Chou has never been tapped to play another leading role, he has made an appearance in 2016’s “Now You See Me 2.”

The emergence of Jay Chou has opened the era of Chinese Mandarin pop and Chinese R&B. His songs are active among people aged 10 to 30, because each song’s rhythm, melody, lyrics, and tone are familiar and unique to his own personal style, which makes his songs can be recycled for a long time without changing. So that’s why Jay Chou can become one of the most popular singers in this era. Although he has not released a new album in these years, his songs are still active on most mobile playlists. Many singers and rappers in China are jay’s fans, many people want to cooperate with Jay to produce songs and sing songs, few people will not know Jay, but they must have heard jay’s songs.

Jay Chou was born and raised in Taipei, Taiwan. Both his parents were secondary school teachers: his mother, Yeh Hui-Mei, was an art teacher who taught fine arts, while his father, Chou Yao-Chung, is a biomedical researcher. His mother noticed his sensitivity to music and took him to piano lessons at the age of four. During his childhood, he was fascinated with capturing sounds and songs with his tape recorder, which he carried everywhere with him. In the third grade, he became interested in music theory and started cello lessons. He was an only child and loved to play piano, imitate TV actors, and perform magic tricks. His favorite composer was and still is to this day, Chopin. His parents divorced when he was 14 and he was teased by his classmates, which caused him to become reclusive and introverted. He had no friends and preferred to be alone, listening to music, contemplating, and daydreaming. At Tamkang Senior High School [zh], he majored in piano and minored in cello. He showed a talent for improvisation, became fond of pop music, and began to write songs.

Chou’s mother initially inspired Chou to become a music teacher, while Chou remained relatively clueless on what to do with his life. Without his knowledge, a friend registered both their names in a talent show called Super New Talent King in 1998. Chou played the piano accompaniment for his friend, whose singing was described as “lousy”. Although they did not win, the show’s host, Jacky Wu – an influential character in Taiwan’s entertainment business – happened to glance at the music score and was impressed with its complexity. Wu then asked who wrote it, discovered Chou and hired him as a contract composer and paired him with the novice lyricist Vincent Fang.

However, Wu told Chou that he would help Chou release an album after he wrote 50 songs, and he would pick 10 from there. Chou already had an arsenal of songs he wrote for others but had been rejected, so among those he chose 10 for his debut CD album, Jay, released in 2000. The album established his reputation as a musically gifted singer-songwriter whose style is a fusion of R&B, rap, classical music, and yet distinctly Chinese. His fame spread quickly in Chinese-speaking regions throughout Southeast Asia.

Book: Grandeur de D Major. Chou published his first book titled Grandeur de D Major on 25 November 2004. This 200-page book features a prologue written by his family, friends, and co-workers; the main section is a compilation of his personal attitudes, philosophies, and recollections of childhood experiences along with pictures from his music videos, many of which have never been released; and lastly, a list of the artist’s major awards, musical and lyrical compositions, and discography. For the usually low-profile singer, this book revealed his personality and convictions that have served as the basis of his musical and public image.

Chou formally entered the film industry in 2005 with the release of the movie Initial D. He has since acted in three other movies, directed one film and more than a dozen music videos. Chou, who once said “I live because of music”, ventured into movies because he felt the need for a new challenge. As fans have grown concerned that movies will compromise his music career, Chou has repeatedly reassured us that movies are a source of inspiration and not a distraction; at the same time, he realizes the need to balance both careers and maintain his place in the music field to garner the continued support of fans.

In 2000, under the recommendation of JR Yang, Jay Chou began to sing his own songs. Chou launched his debut album Jay under Alfa Music in 2000. Chou arranged the compilation, harmony, and production of all the songs. The album combines R&B, hip-hop, and other musical styles. Among them, the hit song “星晴” （Sunny Star）won the 24th China Top Ten Chinese Gold Songs. The album was promoted heavily by Jacky Wu in the entertainment shows he hosted. Chou himself also appeared on a few television programs to promote the album. Chou was marketed as a talented singer-composer with a unique tune. His collaboration with Vincent Fang and Vivian Hsu on the release brought about a few hits.

After promoting his debut album, Chou returned to the studio for the next twelve months to record and produce his next album, 范特西 (Fantasy) which helped him become an established star. This album was released in September 2001 and became a big hit, selling an estimated two million copies in Taiwan alone. Fantasy helped Chou secure ten nominations and five wins at the 13th Golden Melody Awards in 2002. R&B hits such as “(Simple Love) (Love before BC), which won Chou the Best Composer award, and (Can’t Express Myself) are considered Chou’s signature songs and are still sung in concerts today.

In 2004, his album Common Jasmin Orange, released by Sony Music, excelled in the Greater China region. In 2004, his album Qilixiang, or Jasmine, released by Sony Music, excelled in Taiwan, Hong Kong and China Mainland. Despite overwhelming piracy in Taiwan-which has reduced the recording industry to 5 to 10 percent from its heyday-as a Taiwan singer, Jay produced an album that sold a record 300,000 copies. In Hong Kong, his album surpassed local albums with sales of 50,000 units. In China the official figure reached 2.6 million units, a figure no other Chinese artist has attained. The World Music Awards in September 2004 held in Las Vegas acknowledged him as the most popular Chinese singer based on sales. In 2005, his album Chopin of November continued this record of success with sales of 2.5 million units in Asia.

What Jay brings to me is confidence and courage to do what I like. When he talked about the most difficult time in his life, he still did not give up creating music and doing his own thing, which I think makes me admire him.  His efforts began when he was a child, and he never gave up learning music until he went to college. Basically, he made friends with music every day, which enabled him to have a particularly good foundation of music and knowledge of music theory to create music. And his musical talent can make him can write 50 different songs, so I conclude that at the time of having the talent to learn basic things, in a more standard and professional to study hard, and is to have the interest and enthusiasm to study of like things this stuff, the part must have the talent. Only doing their own good at things will progress quickly, foster strengths, and circumvent weaknesses. 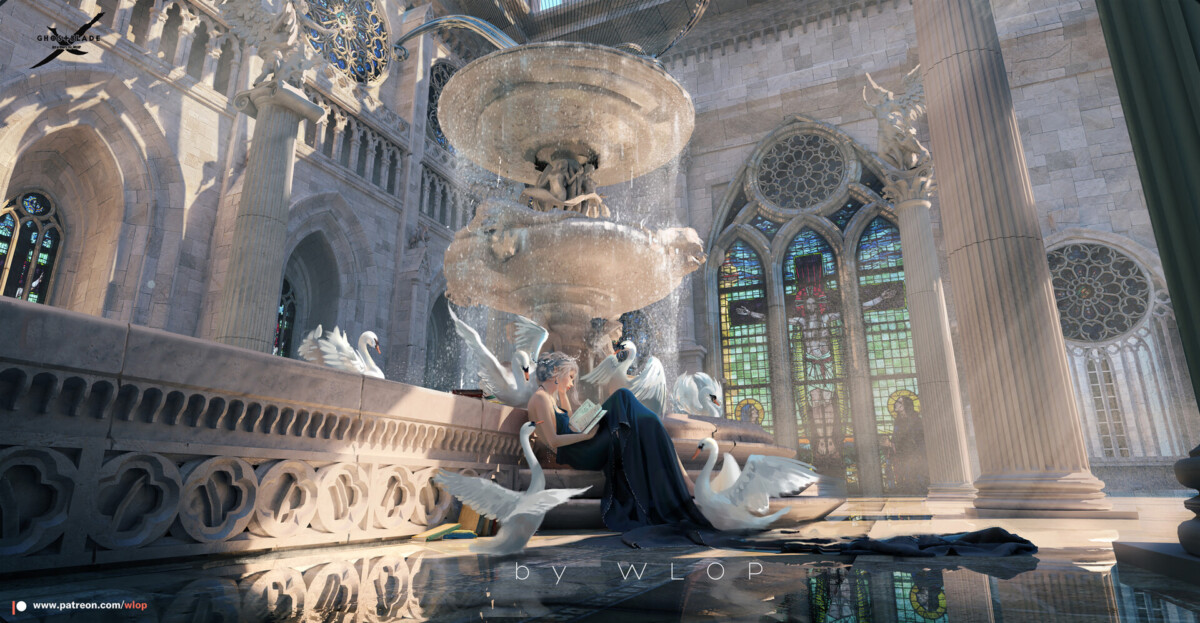 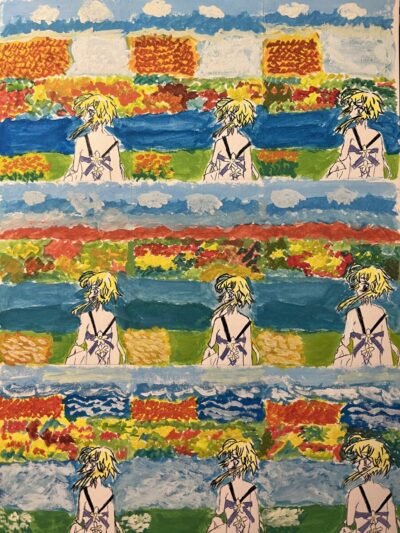 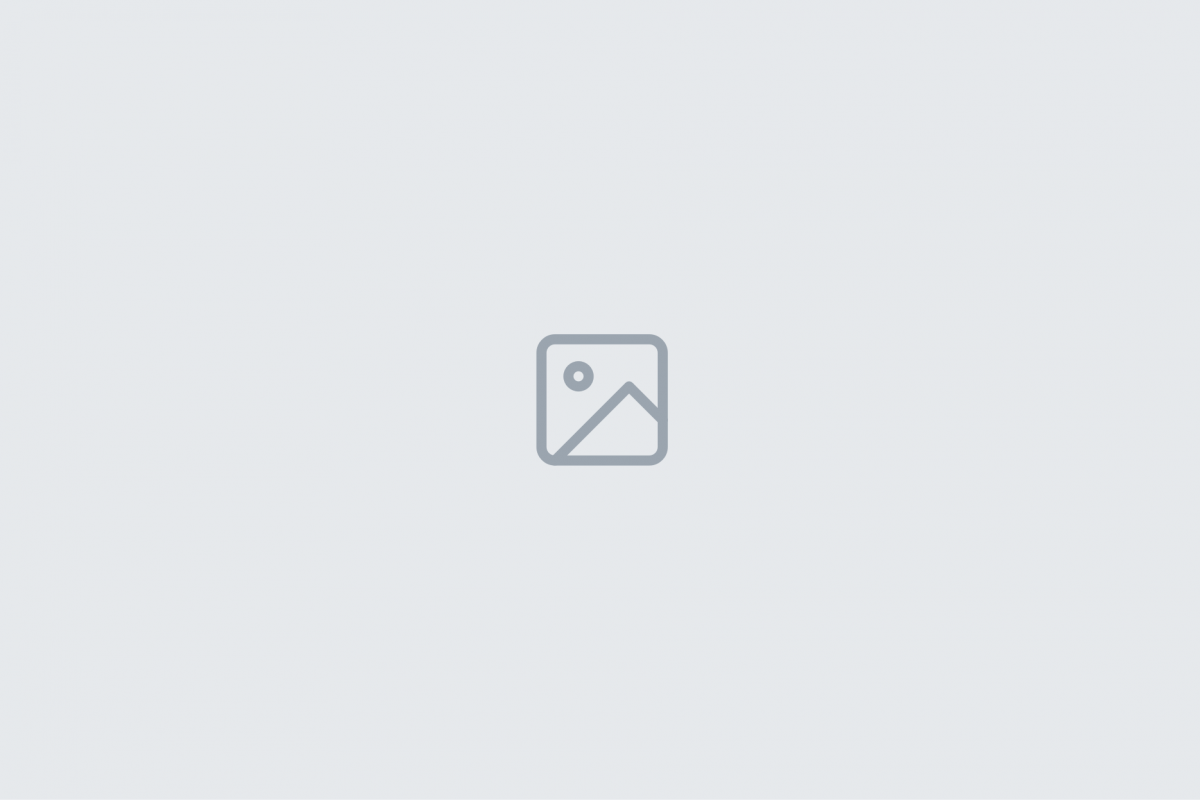