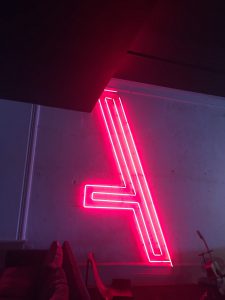 As students I feel like we can sometimes forget that usually the best learning occurs outside the classroom. From the Daily News trip to the spring break networking assignment, the knowledge gained from these experiences couldn’t be conveyed as ef
ectively through a textbook. If the Daily News and networking trips were appetizers, then Anomaly was the main course. The offices of Anomaly are a unique fusion of life and workspaces, which isn’t an easy balance to achieve. Many companies try to recreate this but often fail due to the lack of ingenuity and/or finances. Plush couches, kitchens, and custom furniture establish an inviting, mellow vibe that is conducive of quality work. 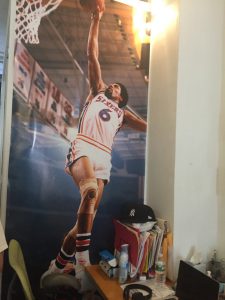 One of the first things that I loved about Anomaly was their understanding of lighting. In the traditional office format, lighting is usually of a white-hot variety. While this ensures maximum visibility, I find it uncomfortable after several hours. Anomaly understands this with its blend of natural and warm lighting. It may seem insignificant, but it made an instant good impression on me. Next our guide led us throughout their offices. We passed through various workspaces and specific work divisions. Since Anomaly can afford 5 floors, Anomaly successfully distributes their workflow in an efficient and organized fashion. No once did I see any elements of chaos or people rushing around in confusion. Maybe our group arrived a time of day when Anomaly is relaxed, but I believe majority of the time they work with focused precision. 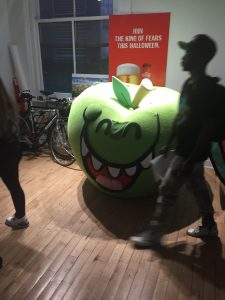 After a swift tour of their various floors, we were brought into a small lounge with a large screen on the wall. At first I bristled at the thought of another typical power point presentation, but the speakers exceled at keeping my attention. One of the few things that stuck with me that also served as an “AHA” moment was when we were shown various advertising publications and awards that have acknowledged Anomaly. The tour guide remarked how in this industry we are “sort of talking to ourselves”. I never heard of most of their awards nor have I seen any of those publications in person, but I realized that most people aren’t meant to know about them. It’s interesting because its an industry all about presenting things to the world, but like any other industry it has its share of niches and concepts unknown to outsiders. 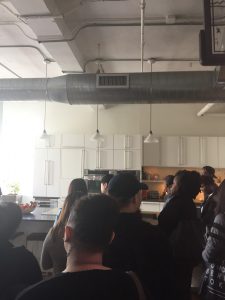 One such piece of info I learned is that when on a job interview for an ad agency, to ask how they bill their clients. “They might be like why do you want know that”, remarked the guide. “But that’s a really good question.” Most ad agencies bill by time and follow time sheets. Like their namesake, Anomaly doesn’t do either of these things, which is probably why they are so successful and loved. According to their website, they do not even consider themselves an “ad agency” but more so a marketing service/business development partner. “They were intriguing to us because they weren’t mired down in a lot of layers”, says Sara Schmid of Adweek. “They were great creative and strategic people on a mission to create a vision for their agency to solve client problems”. 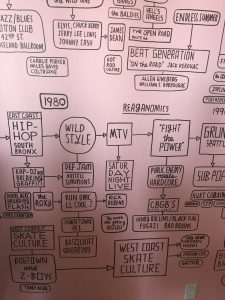 Despite Anomaly’s inviting feel, I can admit I felt quietly intimidated by Anomaly. However despite this feeling caused by the sheer greatness of Anomaly, I could definitely see myself working there. I don’t know what role I would be given, but since their internship hire rate is 100%, I would be grateful for almost any position with Anomaly.