Today I decided to visit The Brooklyn Museum.  I always love to visit the museum because it’s so close to home and is always a peaceful environment to be in. 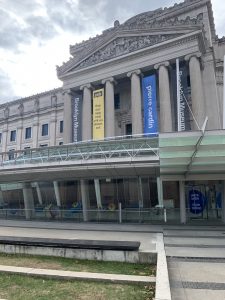 I must say I really enjoyed myself at the Museum, I was literally there for hours. I didn’t plan on seeing a specific exhibit but fell in love with JR’s exhibit.  This is the first time I’ve ever been so amazed by an exhibit. I literally didn’t want to leave the museum.

JR started off as a graffiti artist from Paris.  He loved being able to showcase his work all over the streets of Paris with his friends. 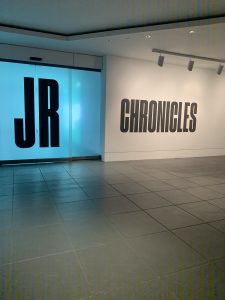 In 2000 he found a camera on a train and started captured the behind the scenes of graffiti and the process of how to get art on the craziest places.  He started pasting his photographs of his friends all over buildings. He felt that the city is the best art gallery because not everyone is able to go to museums. JR was able to get his art worldwide and gain an audience of all types of people.

The first artwork that stood out to me was “28 Millimètres” In this part of the exhibit, there was a series of close up shots of people.  What I loved the most was the expression of each model. Their expressions were able to show their personality, simply by just looking at them. 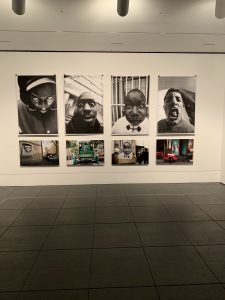 JR shot these images with his 28mm lens which means he had to be really close to the subject.  In one of the clips being played in the museum, he stated that he liked being able to get up close and people often liked making silly faces. JR said the media often portrayed people a certain way and they are using zoom lenses but he wanted to show the real them. He was being genuine by getting up close while the media was too worried about her their shot for their stories.  He wanted his friends to be seen how he saw them.

The second artwork that stood out to me was this picture.  JR found out that this building was being knocked down and wanted to add his art to it. 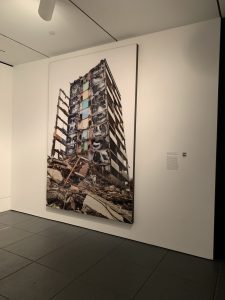 The building meant a lot of people and it being destroyed meant a lot of people are losing their homes.  JR wanted to bring it alive one more time before it vanishes. I love how he was able to bring together different facial features together. What I loved about this exhibit is that there was a video to show the process.  Though it was illegal to be on the property he and some friends still proceeded. The view of the building was so beautiful. Even me watching the video do it being destroyed, it was a weird beautiful. The photographs being ripped into pieces so another art itself.

Lastly, JR came to NYC and made a beautiful mural.  He went to every Bourgh and captured all types of people.  It was amazing to see such a big artist like him to be in NYC, a place where I was born and raised. 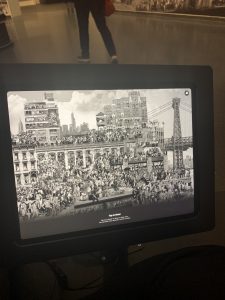 The mural was so beautiful, it’s amazing how he was able to put some many stories together. Seeing Thor mural had taught me to appreciate my city more, we are filled with such diversity! What was so amazing about this artwork is that it was interactive as well.  In the museum there were iPads where you can zoom in the mural, you then can tap on someone of your choice and hear their story. Each person had their own voice note and being able to put the face and the voice together made it feel even more real. I was able to learn so much more about New Yorkers.

I’m glad I went out to The Brooklyn Museum, I fell in love with a new artist JR. 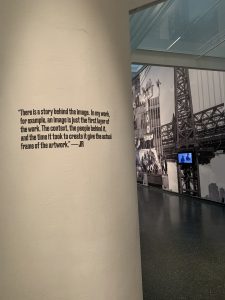 He’s a dope artist and leaving his exhibition has motivated me to continue your art.  His exhibition has taught me that art is for you to express yourself even when others may not see your visions. Making art means taking a risk and not caring about what others think. 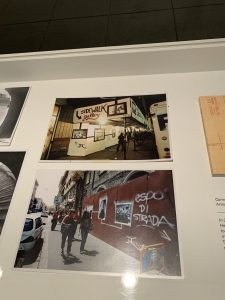