1 : the monetary worth of something : market price
2 : a fair return or equivalent in goods, services, or money for something exchanged
3 : relative worth, utility, or importance a good value at the price the value of base stealing in baseball had nothing of value to say
4 : something (such as a principle or quality) intrinsically valuable or desirable
sought material values instead of human values —W. H. Jones
5 : a numerical quantity that is assigned or is determined by calculation or measurement let x take on positive values a value for the age of the earth
6 : the relative duration of a musical note
7 a : relative lightness or darkness of a color : luminosity
b : the relation of one part in a picture to another with respect to lightness and darkness
8 : denomination 2
— valueless play  \ˈval-(ˌ)yü-ləs, -yə-\ adjective
— valuelessness noun
https://www.merriam-webster.com/dictionary/value

In the “ real world “ when people think of the word value they think of the quality of something. These days when someone says the word value the first thing that comes to their head is that this determines the worth of anything. Value can be important in many different aspects to someone’s life and can have such a huge impact. In many different communities value can have a different meaning but when I personally think of value I think of how worthy something is to me and the quality level of it. People talk about value money wise which is the worth or people can speak about, value quality wise which is how good something can be.

The community I’m choosing to talk about is a relationship community. One where two significant others decide to build a relationship built off of things such as trust, love, and honesty. When I think of value I don’t think of one meaning, value itself is the base for many other aspects. As in trust, if two people don’t trust each other they would constantly accuse one another of false allegations. Another thing is the love for obvious reasons. Commitment, making sure you two are committed to each other only. Respect is also so important. Relationships in this time of age rarely have respect for one another. I’ve seen couples fall out and lose all kind of respect for each other. Cursing each other out on social media, bashing each other in front of other individuals, airing out each others personal business. Not being caring of each other’s feelings. All these things equal to what value is.

I think value means a lot because if you don’t cherish and desire your relationship that’s just a recipe for disaster. It would be toxic for people to just waste each other’s time instead of actually appreciating the bond. People often would ask “ do you value your relationship ? “ . Meaning would you care if you guys separated today or do you respect it to not cheat and make bad decisions or make your partner look a fool ? This should be important because it really answers if you’re ready to settle down and have a long lasting committed relationship. Trying not to embarrass your significant other in the public’s eyes and behind closed doors. When you’re with someone you have to be actually happy to be with them. Don’t let how other people view your partner affect the way you see them.

In this day and age I don’t believe people really value and appreciate the relationships they’re in. They don’t get into relationships for all the right reasons or don’t set goals and aspirations. They already get into relationships with a short term mindset and are often misdirected which leads them to make bad decisions and make wrongful actions. As I previously said don’t feed off of what other people tell you. If someone tells you things about who you’re with don’t be quick to believe everything you hear and look at your partner differently. Consult your partner and speak things out with them. If this generation actually valued the relationships they get into there would be longer more healthy relationships around us spreading off a positive energy and start more respected relationships. The relationships I see around me are very toxic and even though I know we’re young and still trying to figure ourselves out it’s at a point where people get hurt in a relationship that another person did not value as much as they did and decide they wanna hurt other people they get in a relationship with causing a never ending cycle. Sometimes you have to let that hurt go and move on with your life and understand that not everyone’s the same. Someone out there wants to see you do better and better yourself as a person and wants to help your grow mentally, emotionally, & physically. You just have to be ready to forgive and forgive.

In conclusion, value in a relationship is just the foundation that other aspects are built on. To display why you need to go into a relationship with an open and mature mind. You need to sit back and look at every part of your relationship and think do you value each part of it ? Are you willing to make changes and vice verse for your partner to make things work out with one another. Some of the same rules can apply for other kinds of relationships. You have to remember every relationship has its bad days you just have to be the one to decide is that person worth fighting for. 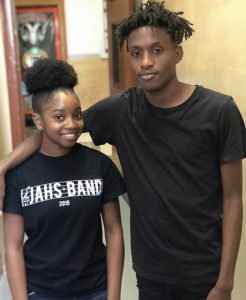