It is no secret that in recent years video games have taken an important place in the lives of our youth. In a study conducted by NPD(A Market Research Company), in October of 2011 “91 percent of kids (approximately 64 million) ages 2-17 are gaming in the U.S.” This is a huge number of children who are online with a controller in their hand, and they are learning. It has already been reported that video games can change the player’s behavior. A study reviewed by Saleem el al suggest “that prosocial video games increase prosocial behavior in the short and long terms, and do so by increasing prosocial and reducing antisocial cognitions.” If a video game can change a player’s behavior, it can change research habits. Incorporating a research tool into a video game to help students learn a step by step way to write a research paper can be very helpful to them.  Because of the amount of television and video games the youth take in, picking up an iPad and playing a game would be more helpful than having to read a paper, on writing a paper.

The sources we used to help us with this proposal were chosen because of the research they conducted. The study by the NPD was chosen because as a marketing research group, it is their job to do the research and get it right. The NPD’s research helped prove that the larger majority of students today play some sort of video game in their spare time. If we can harvest this time for learning, while still letting them play a game, it could help them become better students while they are playing. In our other source, Saleem el al did an amazing job of researching and analyzing others research. It showed that gaming could change the behavior of the player even after they put the game down.  This helps us because if your behavior can be changed by a game, then you can also change other things. One of these things that would be changes by our game is the way the player researches sources for a paper. From personal experience we know that playing a game, even a few times, can change the way you play other games.  If a strategy works in one game then as a player you try to transfer that strategy over to a different game. If while playing our research game the player realizes that the highest points are awarded to library websites and scholarly journals, and the least points to Facebook and YouTube, the next time they are looking for a source to write a paper they will instinctively go to the higher points.

Our game is simple but effective.  It is designed to be played on an iPad or some sort of tablet.  The game is called Research Champions and it consists of five levels. The player starts off with 100 points and if they pick the best answer in each level they don’t lose any. There will be some answers that if picked will have a negative effect on the points. The first level is Research. On this level the player will be given several sources that all lead to the same point. These sources will all be different and will range from the best answer, a library website, to the worst answer, a YouTube video. The second level is the bibliography. On this level the player will be given sources laid out in different styles. The best answer being a source in MLA style, and the worst being a copy and paste of the sites URL. The third level, which is the Outline, and the forth level, which is the first draft will be similar to the bibliography. For the fifth level, the final paper, the player will be given several sections of the paper and have to put them in order. They will have a title page, an introduction, a body, conclusion, and bibliography. These will not be labeled for them therefore the player will have to read and assess what part of the paper they are reading. Putting the paper in correct order, Title page, introduction, body, conclusion, then bibliography will earn the highest points. 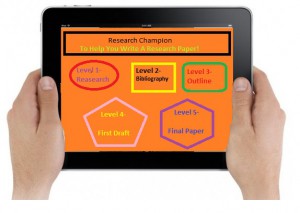 Fig. 2. Positive affect as a function of trait physical aggression and game

Welcome to CityTech Sites. This is your first post. Edit or delete it, then start blogging!