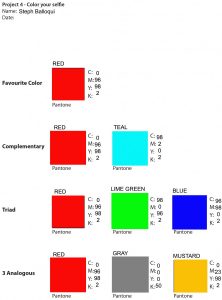 My favorite color is red. While I do love any color of red, my favorite shade of red is fire engine for it’s bright intensity. The color red is associated with energy, blood, danger, strength, power, determination, passion, desire, lust, and love. It’s many different meanings and the fact that it’s the most emotionally charged color is another reason why I love red.

To determine the colors for my list, I used my color wheel as well as consulting this site! 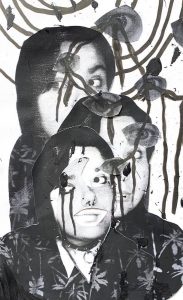 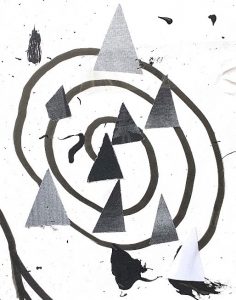 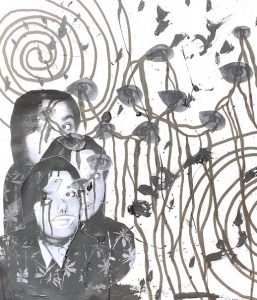 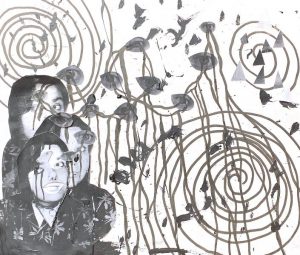 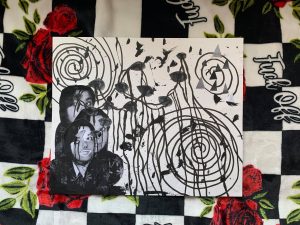 So the emotion I chose was fear- and the motion I chose was a spiral. Fear can lead you to spiral down into paranoia and madness, and I wanted to capture a melancholy, uncomfortable kind of fear with my piece- the kind of fear most people are living with nowadays. My focal point is my eyes- when afraid, people tend to cover their eyes, so I kind of wanted to do the opposite- opening your eyes up to the fear and embracing it in a sense. I sought out to capture the emotion of fear while turning myself into an object or creature to be feared.

I will the first to admit it- it’s a little messy. my original idea with the eyes failed because my printer ran out of ink. I used ink pens and acrylic paint to highlight the spirals and splatter “blood” around the piece, and my greyscale is even in the shape of a spiral!

4/3/20: EXTRA SKETCHES! Note that these are photographs, not scanned in, and not on a white background so the intention is not as clear. ALSO- there are some finishing touches that I want to do that I feel would ruin the cutouts I currently have so I’ll try out those finishing touches when I cut out more eyes/faces! 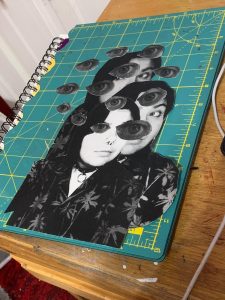 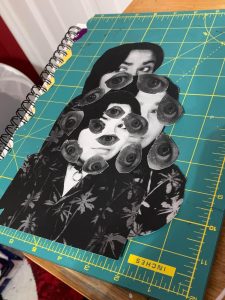 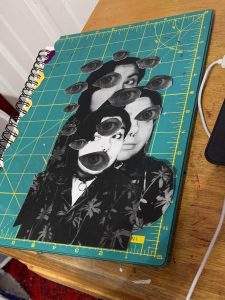 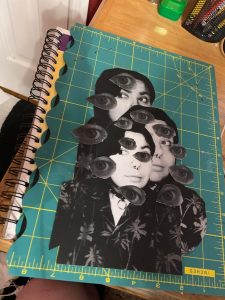 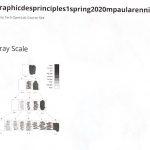 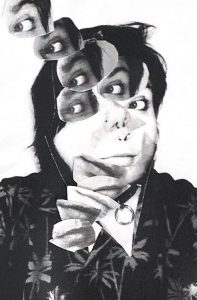 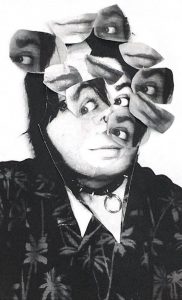 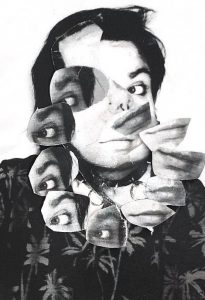 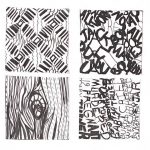 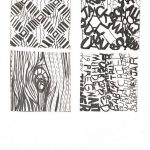 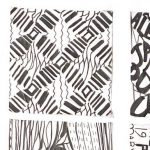 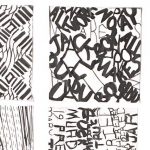 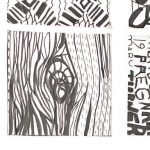 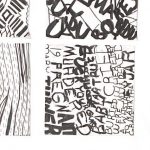 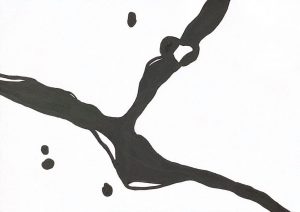 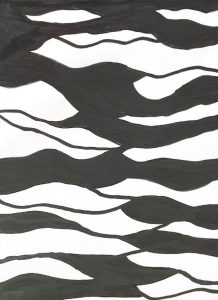