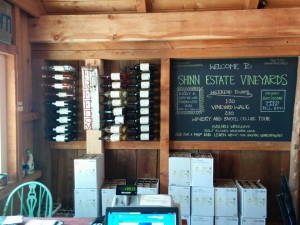 The winery that I decide to go over spring break on April 13th was to Shinn Estate Vineyards located at 2000 Oregon Rd, Mattituck, NY which is in Long Island. I went to the Vineyard with my sister and with the help of her friend who drove us. The drive from the city took almost three hours to get there.What they had essentially was one very large farm house that conducted everything. They used it as a store front selling wines to local and whom ever that wanted wine, the tasting was also done within there. The interior was beautiful with wine bottles lines up and had tables and chairs set up and they even offered outdoor seating too. That day when we got there it was still windy and when I looked at the vines there was nothing since spring just started and it was still too cold to grow. It was disappointing as I was looking forward to seeing something at least. 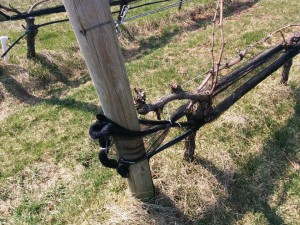 The service as Shinn was wonderful the moment we walked in to the house we were greeted  by someone. She was very accommodating to our need such as what we wanted to do first since unfortunately though when I got there tho they were having an event so they were not doing tours that day even though we were told they were doing the tours when we called in a week earlier. The tour would have costed us $30 each a person Luckily they had an option of actually doing a free self guided tour which didn’t make this visit a waste.he reason I had originally chose this place was because they offered a tour around the vineyard and included a barrel tour. That I though would make this visit more knowledgeable since it would show the entire process of making the wine. 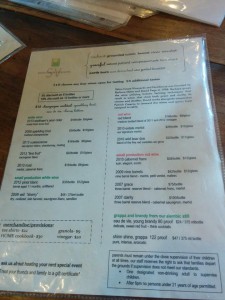 First thing we did when we got there before we did the self tour though was a wine tasting. They gave the option of $10 to taste four wines of our choice from a list and it would cost another $3 for every wine after which i though was a bit on the expensive side as a bottle at the estate only averaged at $20 a bottle. The person serving was very knowledgeable as she told us what was in each wine we choose. The first one I decided to to try was a bottle of 2013 Wickham’s Pear Cider; the flavor notes were more fruity and acidic and hints of apricot, apples and pears. Secondly I tried a bottle of 2013 Rose; it had honey notes in it and a bit on the dry side but was very fruity. The Next one I tried was 2013 Coalescence this was Actually my favorite one of the four that I tried. It was very refreshing consisting of notes of zesty citrus, honey, and crisp apple. Last I tried was actually a Sparkling wine that was made with method Champenoise called the 2009 Sparkling Brut consisting of on hundred percent of Chardonnay it had nice bubbles hint of apple and also citrus but I though it was too dry for me. 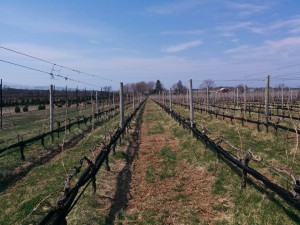 A booklet was given to me for self tour explain how the vineyard worked. It gave a brief history and then it directed us to follow numbered markers in which helped describe what was going on. Such as the way they produce energy at the farm which they actually has two sources and making them very sustainable. First method was a wind mill and second way was solar panels on the roof of the farm. They has a irrigation system that help bring water to all the grapes. The book let also told of what type of grapes each section was growing they had most of the  leading grape types which of course have to be Pinot Nior, Sauvignon Blanc, Cabernet Franc, Melbac, Chadonnay,  Reisling and many more. Lastly we made it back to the house and took a tour of the barrels. The fermentation of wine at shinn are done in giant bulks. They were made in stainless steel kettles then into giant wood barrels. 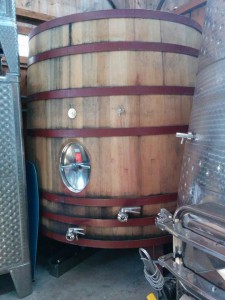 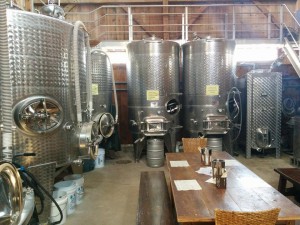 Over the course of the entire trip there weren’t many interactions between us and the staff though they were willing to answer everything we asked. The service was wonderful and they did get very busy when we were about to leave it got crowded. I though it was a great experience over all but probably would have been better at a different time of the year when there are actual grapes growing and probably a real tour and not a self guided one.