The Strong Rope Brewery is a brewery based out of Brooklyn, New York located at 524A President street in Carroll Gardens. It is a brewery that has many partners with other local breweries all around New York, they believe in supporting local businesses. My boyfriend and I visited, and luckily enough he actually lives not too far from the brewery! We got a seat at the bar and decided to take care of the taste test first and attend the tour after. We were very excited to taste the nine different beers on tap, the cider, and many options of wine.

The menu had a five beer flight taste option where you could get five, six ounce glasses. You also had the option for a premium or standard platter. The premium included the cider so I concluded on getting the premium. I decided on getting the number three called “Spring Fire”, it was a smoked light Ale. the taste wasn’t too hoppy and it really didn’t taste that smoked either. In general I actually really enjoyed this beer. The second choice was the number one and it was called “Backroad Odysseys”. This was a pale ale and had an alcohol percentage of 5.7%  This had a very sweet taste and was very enjoyable. It wasn’t too heavy and it wasn’t too dry unlike some place ales I’ve had before. The “Golden Fest” or number 6 on the menu was my third choice. It was a golden ale and was actually my favorite of the five. I could just imagine myself actually drinking this beer more than just this one time. Number eight or “Everyman’s Porter” was my fourth beer option. This beer really didn’t catch my attention. I thought that it had a syrup texture and was very bitter. My last sample was the cider, it was called “Descendant Succession”. It was a sparkling cider, that was way too dry for me in my opinion. The flavor was very impressive surprisingly, considering how dry it was, you could taste the apple flavor. Once we finished, we made our way towards the back of the bar to tour the actual brewery!

The ingredients that the Strong Rope Brewery uses includes; grain which is mostly malted barley, but they also use other grains as well. Hops; which are grown in different varieties. Yeast; the yeast is responsible for fermentation. Lastly, Water; which accounts up to ninety-five percent of the beers content. The system that the Strong Rope uses is an electric two barrel (bbl) system but before they actually opened the brewery in 2013 the owners had a different plan. They actually planned on using Portland kettle works to fabricate a new 3.5 bbl gas fired system, but Rockaway Brewing Co. had a used system that was a perfect fit. Strong rope serves straight out of the serving tank instead of serving out of kegs, and works perfectly with their business because they sell most of their alcohol out of the taproom. The brewery also uses tap because of their partnerships with other breweries.

Jason is one of the owners and was our bartender when we first arrived at the Strong Rope he also took us on the tour of the brewery. He was well informed when it came down to answering the questions on my choices of beer. While on the tour he demonstrated the process of pouring the beer from the serving tank. He also informed me on the farming process they used to make grain. It was a traditional floor malting process, where the grain is germinated on a tile floor and is raked by hand. He explained it was a more labor intensive method but it is a process that is creating a fantastic product. He also explained another approach that is more modernized that uses high tech equipment that helps automate and control the process to their exacting standards. Jason was saying that the biggest benefits of working with local farm, hop yard, and malt houses is it allows the brewer to help develop those flavors and characteristics you want in your beer. There was no limit on how many different ways they could approach making a beer. Seeing the techniques the farms used and being able to taste the product helped figure out how to utilize the ingredients.

In conclusion, I highly recommend this brewery. The company was fantastic I felt very welcomed. Being a brewery out of Brooklyn, I was highly impressed with the way they outsourced to many brewing companies all around not only in NYC but also in New York State. I will be visiting this place again, considering it is very close to a area I’m in quite often. I was very impressed by the customer service so this will also be another reason for returning. I felt the bartenders knowledge was outstanding and he was on point with his question answering. The beer was very rich in flavor, malty and delicious. 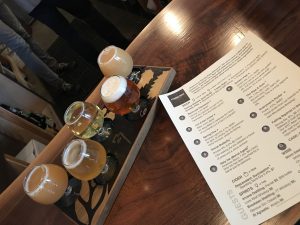 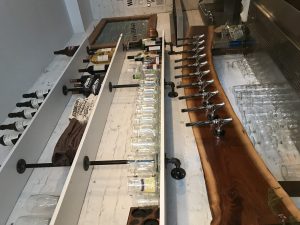 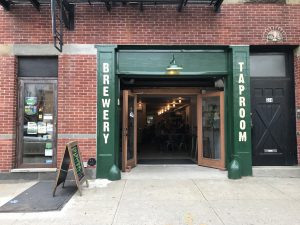 About The Brewery — Strong Rope Brewery®. (n.d.). Retrieved from http://strongropebrewery.com/about-the-bewery/

I visited Henry Harde’s Wines and Liquors store established in 1933. It is new my job in Bay Ridge, Brooklyn. Everyone in this neighborhood knows of this store especially that it is local and on the expensive side. It is in the middle of a busy neighborhood full of restaurants and bars that will always need their last minute bottles of anything and this is always open. It had a nice feel with books and toys around the shelves, it made it feel homey. 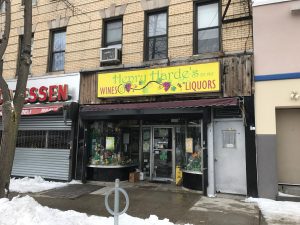 I spoke to a semi nice gentleman that I asked if I could take pictures and he told me to take some and go because its a illegal so that was a nice talk but I took some before he noticed. This place had sections for each country as in Italy, France, California, New World and even a section for Sparkling which is my favorite type of wines so that makes it easier for people to find what they want and where they want it from. there was also little facts next to wines and what not. 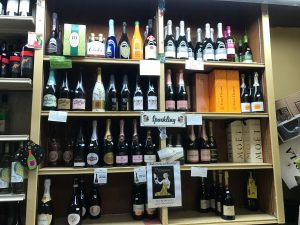 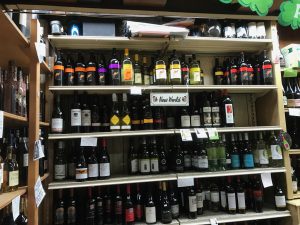 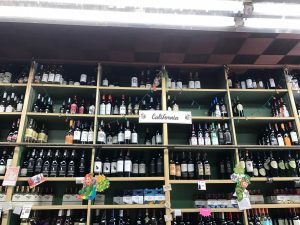 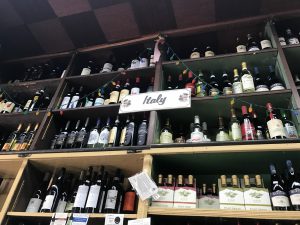 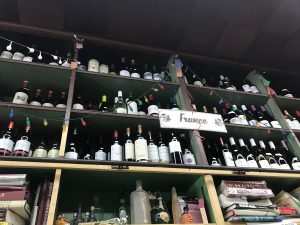 I asked the gentle man what was his best selling wine he just said red so asked what kind and what company was the most sold so he showed me a black and red bottle called Apothic Red vintage is 2014 which is from California. This wine is a full bodied, bold blend of Zinfandel, Syrah, Merlot, and Cabernet Sauvignon. The price was 11.99 with 13.5% alcohol which is not bad for a nice, tasty wine like this because I indeed bought it to enjoy it myself. There was a history fact explaining what Syrah is and where it came from which was interesting because we haven’t learned about it yet. 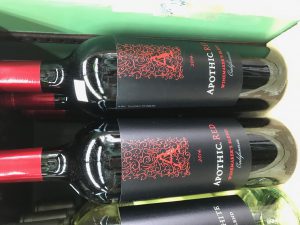 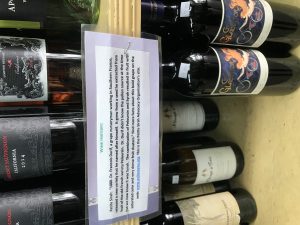