For my Beverage Production experiential learning analysis, I wasn’t able to visit a vineyard, so therefore I visited a brewery instead. I decided to visit J.J. Bitting Brewing Co. located at 33 Main Street, Woodbridge NJ. J.J Bitting Brewing is a restaurant, as well as a brewery for almost 20 years, it opened in 1997. The brewer, his name was mike showed me just about the whole brewing process during my visit to J.J. Bitting Brewing Co. Mike started off by showing me the 3 vessels that are located in the 3rd floor of the restaurant. Those 3 vessels are the Mashtun, which is the sweet liquid called Wort, is extracted from the malted barley. The sweet Wort is then boiled in the Kettle for an hour and bittered with hops. After the boil, the bittersweet liquid is cooled and transferred to the fermentation room. And the 3rd vessel that is one the 3rd floor is the hot liquor which basically is a hot water tank. I was told “liquor” means water in the brewing process so basically the hot liquor is a hot water tank. The Brewer mike also mentioned, they use a 10-barrel system, which equals 310 gallons because one barrel is equivalent to 31 gallons.

The brewing process over at J.J Bitting Brewing begins off by weighing out and milling the malt. The crushed malt is then mixed into the mashtun. After all of its valuable starch and enzymes are extracted, which causes conversion of starch to sugar. Next stop is boiling the malted barley in the kettle. The barley and heat started as a starch mix which then gets converted into sweet water. The wort is boiled at 205 degrees Fahrenheit, for a minimum time of one hour. During this time is when the hops will be added. Hops is what gives off the bitterness as well as the flavor and aroma to the brew. It also depends on when you add the hops into the boiling kettle, it could either be in the beginning which will result in more bitterness, hops added near the end of the boil will result in more flavor and aroma.

After the wort is boiled in the kettle, it is cooled down to about 66 degrees Fahrenheit through heat exchangers as it makes its way down to the fermentation tanks. After fermentation the liquid is then transferred into serving tanks which is about the size of 19 full size kegs.

Some additional information about brewing that mike told me was: it takes about 7 hours to complete a brewing process, 80% of brewer’s job is cleaning. He mentioned to me it is very important to always clean the vessels and hoses. Yeast which is a living organism, can get infected if the tanks aren’t clean. Mike also mentioned to me he brews about once or twice a week. Over at J.J Bitting Brewing they have about 7 different types of beer mostly ales and some lagers. I sat down at the bar at the end of my tour and had two glasses of their Victoria golden ale. The Victoria golden ale is one of their lightest beers, it is lightly hopped with German varieties and has a dry, clean finish. 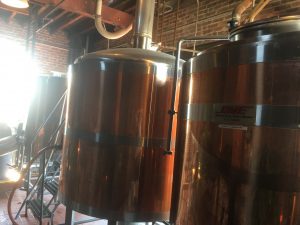 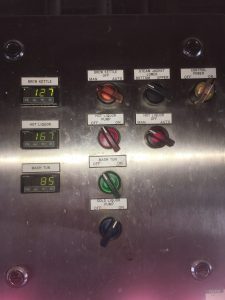 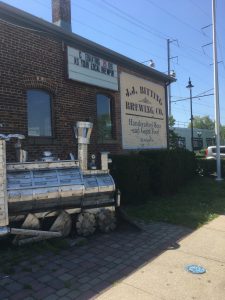 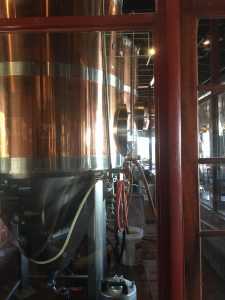 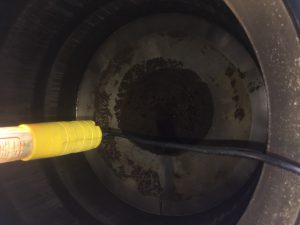 Picture of boiling liquid inside the Kettle 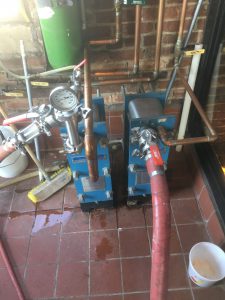 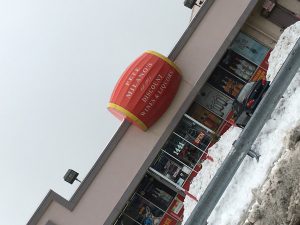 As a student in college studying wine, I did my retail wine analysis at Pete Milano Discount Wine & Spirits located at 1441 Forest Ave. Staten Island. I choose this simply because it was the only retail shop on the list for Staten Island.

Once I entered the store I briefly explained to one of the employees helping me, I was there in order to complete a analysis for my wine class. He was complying and helped me even though I couldn’t understand his accent to well. I was able to get some information from the gentlemen helping me.

The store has a nice set up and makes it easy for customers to shop in the store. The wine they offer to customers from different regions such as Italy , France , Germany ,Chile and California. The way the store is set up is they have flags hanging from the ceiling indicating the different regions of wines in the store. The store is also separated by the region, sparkling wine section, kosher section as well as a fine wine section which was closed off by a small door, it had some expensive bottles of wines but I wasn’t allowed to enter even though I should’ve been able to enter as any customer would be granted permission to. 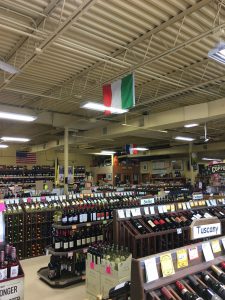 Flags displayed in the store indicating the different regions. Also useful to customers to help them choose from different varieties of wine. 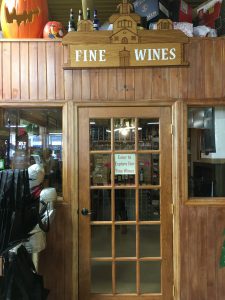 A question I had for one of the employees heling me with my analysis : what is the  best price value of wine you offer. He responded with Robert Mondavi at $9.99 for 750 ML of red wine. Another question I had for the gentlemen: what is the best Italian/ French wine that you sell here at this store. He replied to my question saying  Ruffino for Italian wine and Louis Jadot for French wine. I also asked what the temperature of the store usually is ,  he told me its usually 65-68 degrees Fahrenheit.

This store had plenty of wines to choose from and it is beneficial to consumers who shop at Pete Milano Discount Wine & Spirits store because they have good displays with small descriptions amongst all their wines.

In conclusion it was a good experience at the store doing the retail analysis. Seeing the store the way its set up made me understand how much pride is in the wine industry . They had a nice clean organized store with sections separating all wines from regions to sparking wine to kosher wines. 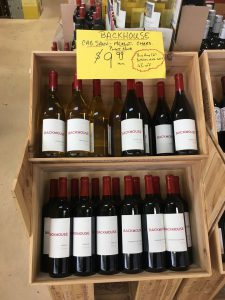 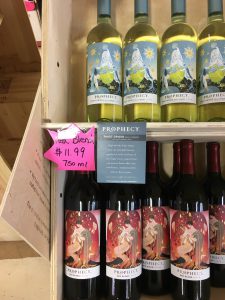 Display of White and Red wine produced by Prophecy. Pinot Grigio from the Delle Venezie appellation in the northeast of Italy. 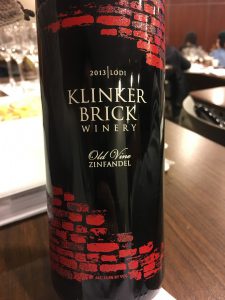 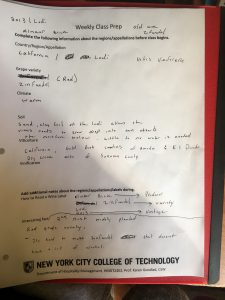