December the 6th around 1:00 pm me, and my mom went to Kings county Distillery for a tour. It is located in the Brooklyn Navy Yard, which is by the Brooklyn Queens Expressway. This was on a side of Brooklyn that we don’t normally goes to, but the immediate area is nice enough. A little background on whiskey; per procedure whiskey is produced in pot stills made with grains, wheat, barley, etc. They produce moonshine which background came about during the prohibition, and is two things, one its a type of whiskey that is produced with corn, has a clear color like vodka/gin, and is very potent. Two 1 oz shots will have you seeing double vision. Reason comes from the second meaning behind its name is that its a name for alcohols that are illegally made. Moonshine became extremely popular, even long after prohibition ended, and now is a staple in the whiskey family.

Upon arriving, and talking to the staff(the 2 was present), and was informed that the individual that handles the tour called out, but fair enough so we do the tasting which consists of three separate infusion whiskey flavors. 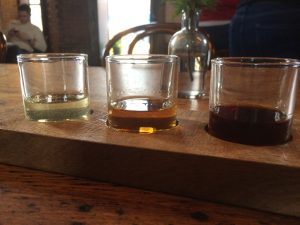 First one on the left is Jalapeno Grapefruit infused whiskey. Now at first though it would seam those flavors don’t mix, but surprise they do. With the grapefruit being the overall flavor there was present, but given that it tasted sweet I surmise it was pink grapefruit, plus it sweated the whiskey. The spiciness of the jalapeno was there the whole time, but not overwhelmingly spicy, more so mild.

The next one is the spiced whiskey. Now I am thinking this will be the best tasting one, but no I was wrong. The whiskey before I even tasted it was slightly overpowering with the spices that I picked up, such as; Cinnamon, ginger, star anise, cloves, and nutmeg. Upon tasting it I realize that it was harsher than originally thought, with the burn of the whiskey not helping. This one was a no go.

Last one that was tasted was the chocolate whiskey, again me being optimistic I think it’s going to be good, it was not. I know what chocolate they use, as I use the same for desserts. It was cacao, and because of the color, and how potent the smell, and taste was, I say it was about 80% cacao, because it was bitter, with the burn of the whiskey making it surprisingly better, with now hints of caramel behind the bitter.

Now I would of did more, but was starting to get an uncomfortable feeling as a one of the other customers that was there an older lady kept staring at me, and my mom for a few moments then turn away for the whole time we were there, but never really said anything to us, plus the two staff members who were working the bar was not really warm in terms of approach-ability, and even some of the other patrons doing the tasting felt the same way.

So me, and my mom wrap up up this visit, we take pictures; first of the shelf with their bourbons, moonshine, brandy, etc. 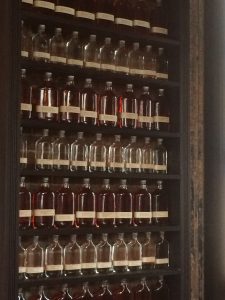 Photo of one of the navy yards original air raid instructions for when they had their drills. 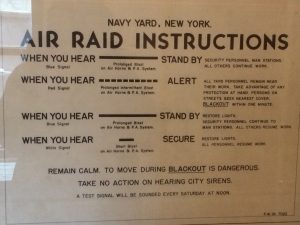 Photo of their menu, and what they are offering. You see the infusion trio that I did 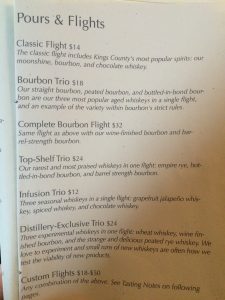 We ended the tour by buying a bottle of the Jalapeno grapefruit infused whisky, a bottle of straight bourbon, and a bottle of moonshine, all of them are 375 ml bottles, with the label stating where its from, and what’s in it. 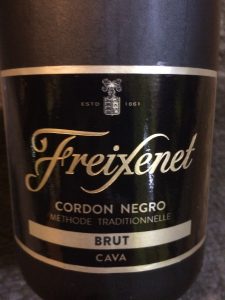 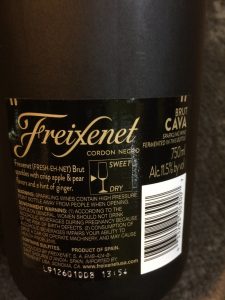 This is Brut, the name associated with sparkling wine from the Cava region of Spain made with the Methode Traditionnelle. The wine itself has notes of green apples, pears, with a touch of ginger, and a sweet taste with, a little bit of dryness on the pallet. Honestly I would pair with a fruity desert something like mixed berry flan as the dryness in the Brut will tamp down any excess sugar present. Overall a good time to drink. 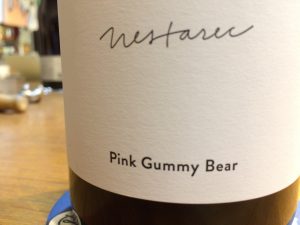 This is another “Shelf Talker” from the Czech Republic a region I did not know produce wine. Called “Pink Gummy Bear”described by a relative newcomer in wine making by the name of Milan Nestarec as “My Spirit Animal”. The varietal is a red grape called Zweigelt. This wine has hints of red fruit, dried herbs, again described a forest floor taste with an added bonus for those who prefers things natural this wine comes with the title of “practicing organic”. Personally I would consume this with a red meat most likely braised skirt steak, potatoes with a brown roux sauce. Something hardy. 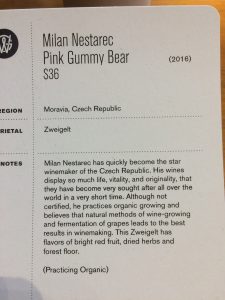 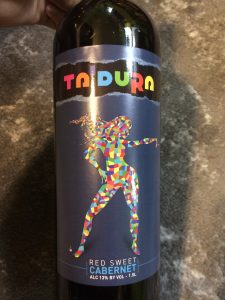 This is a sweet red wine from Spain made with Cabernet Franc red grapes. This wine is imported by Vino Imports located in the Bronx New York. Its sweet with a deep brilliant cherry red color. It has notes of citrus specifically orange, with a nice harmony between the fruits, and tannin’s with an light body, and a medium finish. This can be consumed with a entree, but usually with appetizers. 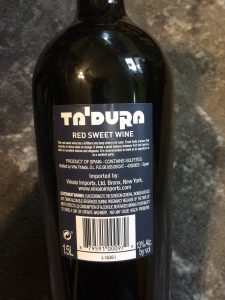 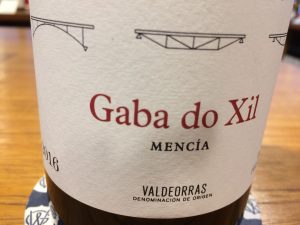 This is a red wine “Shelf Talker” from Castilla-La Mancha Spain. This one is unusual as its made with a red grape called Grenacha, or Grenache which I already know, and another red grape known as Moravia Agria which is a less known regional variety. This wine when smelled has notes of spices, cedar, while when tasted has notes of black cherries, prunes, with earthly undertones. Certified organic, and pairs with spaghetti, and meatballs with a nice cherry tomato sauce. 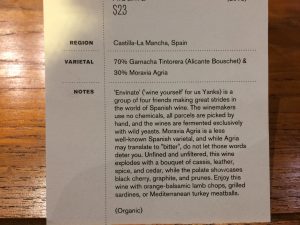