I’ve never really been into distilled beverages, but I really wanted to push myself out of my box. Having the experience to go to a distillery showed me a whole new way of consuming alcohol which I had no idea about. Dipsy and I chose to do Kings County Distillery. We were on a tour and learned about the process to make it and how it is sold. It was interesting to see how such a small place could create so many different kinds of alcohol. 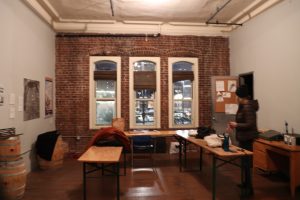 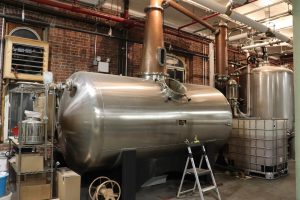 The first liquor he spoke about was straight bourbon which they made with mostly corn and a portion of English malted barley. They distill it twice in big copper pots and then let it age in the old barrels that are charred. They are usually aged for about two years. 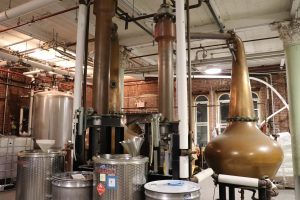 Then we learned about peated bourbon. Peated bourbon is basically bourbon whiskey that conforms to the requirements for bourbon, but instead it ́s made with malted barley that has been exposed to peat smoke. Kings County Distillery uses peat that was grown in Scotland to honor the practice which is very popular in there. They age it in new barrels and add a light smoky finish of single malt. It’s basically a mix between scotch and bourbon.

Out of the main liquors that we were going to do, there was a highlight placed on moonshine because of its history. It is the American precursor to white whiskey. Moonshine is what you get when you’re making whiskey before it is aged in the barrel. It is made with 80% corn and 20% barley. It is also distilled twice and it is brought to an 80 proof. Because of its history as a cheaper bootleg alcohol, moonshine can also mean illegally made spirit.

To finish it off, we were introduced to two very special kinds of whiskey. The first one was the chocolate whiskey which is made from moonshine and cacao bean husks that are grounded. It had a very strong taste. It was bitter and felt like drinking a liquid dark chocolate with alcohol. The other whiskey was winter spice. It is made using cinnamon, cardamom, black peppercorns, anise, cloves, nutmeg and allspice. It had a very unique taste that I was not ever exposed to. It brought me very warm memories of desserts that would be made during Christmas time. I really like that and would love to bake with it. 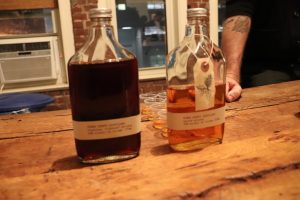 The different spirits we tried

Overall, I enjoyed the experience. I realize that distilled beverages aren’t my thing, but I would love to dabble with it a little bit more. I like how they placed a focused on getting organic and locally sourced ingredients from New York which I appreciate it a lot. I also noted how they don’t disturb beverages three times because that’s more of a Scottish thing and they wanted to keep a separate identity and style of whiskey that was unique to here. I think the tour guide was extremely knowledgeable about the topic but a lot of times I would zone out because it would get so technical. I can see how people who are really into whiskey would love to be that geeky about it but for somebody who’s just there at introductory level, it was a little bit of a hassle to follow. 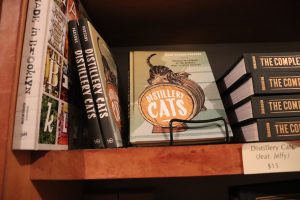 The moment I see a cat, I already want to buy it. There was a book about how cats play an important role in distilleries. 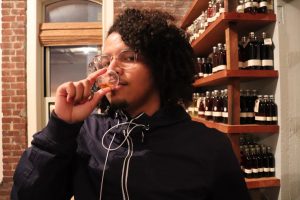 Me trying the Winter Whiskey 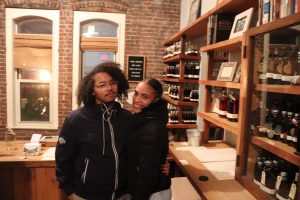 Dipsy and I posing

Graham, C. (2018, September 22). Key Points in the History of Bourbon in America. Retrieved    from https://www.thespruceeats.com/bourbon-history-timeline-760176.

For my wine retail assignment, I wanted to go a place that was a little bit more out of the box. I felt like everyone was going to do an expensive wine retail shop in Manhattan and I didn’t want that. I opted to go to a wine store that was in a lower income neighborhood. I wanted to see how wine is marketed to people like me or my family. I chose to interview the store owner at Wines & Liquors in 47 Junction Blvd. Flushing, Queens. Even before I could ask him anything, he went on a rant about wines. He got really excited to be interviewed and he started talking about New World versus Old World wines and how Cabernet Sauvignon was created. It was extremely interesting to see. As for the interview, I asked him the following:

¨Although we have wines from all over the world, our most famous tend to be wines from California. We have a whole wall dedicated to the most selling right next to the doors so that our customers can easily find what they’re looking for. Our most famous brands are Yellowtail, Ménage à Trois and Barefoot. Most people who buy wine here want to buy wine for dinner and are not necessarily knowledgeable about the topic. There’s been an increase in people who buy wines from South America. We recently had a tasting of Argentinian Malbec which boosted its sales a lot. ¨

¨All I knew was that I wanted to do was make money. I do not have a background in wine. My background is in business. I knew I wanted to open up a business and I ended up choosing this one because it appealed to me. I knew nothing about wine or alcohol in general before opening the store. I decided to teach myself through the Internet and reading the labels of the wine before I would drink it. Since I would read the label before drinking, I would know what I’m looking for in that wine rather than just guessing. Everything that I know came from doing that or just taking online courses about wine. ¨

“I have a wine database distributor that I order online and he brings them to me. Sometimes people want certain wines that we don’t have but we can order them from the distributor.”

Overall, I think they’re doing pretty good. The owner knows exactly what audience he’s going for hence why he has so much Buchanan’s and Hennessy. With that being said, if they want to reach a more higher end clientele, I think revamping their look and offering a bigger wine selection would benefit them a lot. Considering the audience that they’re serving, their selection is extremely diverse, but for a Manhattan upper-class clientele, it wouldn’t be enough. 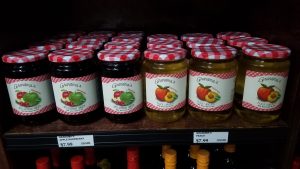 Weird and suspicious sangria offered at this store 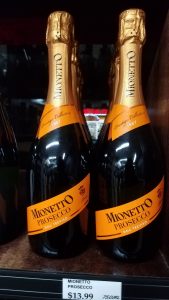 Prosecco: A sparkling wine that is not from France 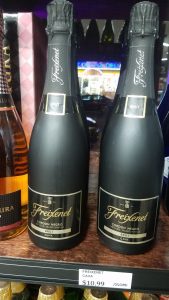 Cava: Another sparkling that is not from France 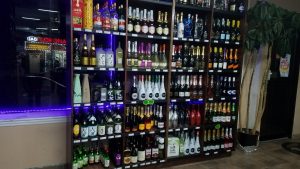 Their sparkling and exotic wall 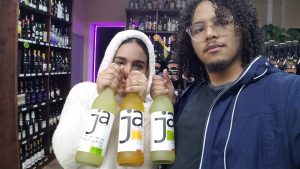 My cousin and I laughing in Spanish 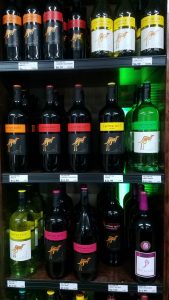 Some of the best sellers 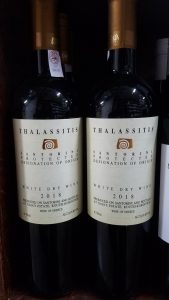 First place that I find Greek wine in