We have a hidden gem in Brooklyn. The Red Hook Winery is where I visited for my winery project. It was founded in 2008 by Mark Snyder. There are three winemakers, Christopher Nicolson, Robert Foley, and Abe Schoener. All three of them create different types of wine. The winemakers have their own stamp on bottles as their signature. 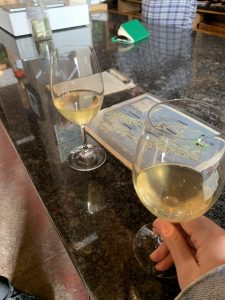 I went with Anna on a Wednesday afternoon. We learned so much information in only 1.5 hours. We learned that the grapes are all purchased in New York State, like near the Finger Lakes. The North Fork of Long Island is also very popular. 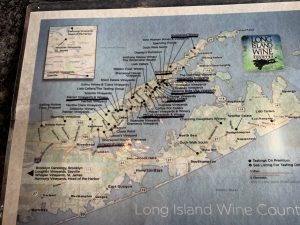 Once we walked in, we got greeted and given a glass of white wine. We were examining a map of Long Island where they import some of their grapes. After asking a few questions about the origin of Red Hook Winery, we were going to start the barrel tour. We brought our glasses inside with us to taste straight out of the barrels. After entering through those black doors, we saw where the magic happens. 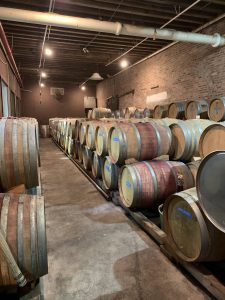 There were so many barrels, machinery, bottling machine, and a storage room full of fermenting wines. Each barrel had masking tape marked with what type of grape, year, and who was the winemaker. We got to see a giant bladder press out some orange wine. As we go more deep inside, we learned that employees would crush grapes manually, like those old ladies back them. We all think it’s fun and cool, but Collin disagrees. He stated that it was cold and uncomfortable, but the job needs to be done. 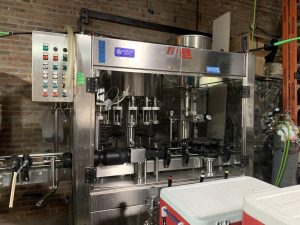 We got the try 3-5 days fermenting grapes. It was crazy how there was carbon dioxide, and we felt the bubbling tingly sensation on our tongues. Then, we walked into the 2nd fermentation barrel room. Our tour guide opened 3 barrels to let us try! This was such a cool experience. We tasted all reds: 2016, 2017 Cabernet Sauvignon and a 2017 Merlot. They tasted so smooth, and the oak aromas were very present. 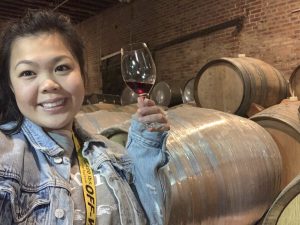 Tasting out of barrels

After seeing all the barrels, we went back out to the tasting room. That’s where we tasted 4 reds and 4 whites. We tried a 2013 Chardonnay, 2017 “Storm Master”, 2014 Chardonnay, and 2016 Gefion. All these white wines were from Long Island and made by different winemakers. We tasted all the fresh crisp flavors, some coconut, vanilla, caramel, and even apricot fruits. For the Reds, we had a 2015 Merlot, 2017 Cabernet Franc, 2017 Syrah, and 2012 “League of the Storm”. The Cabernet Franc is from the Finger Lakes and everything else was from Long Island. Reds had more of a smokey, oaky flavor, with green olives, red juicy fruits, and they were all medium to full body. 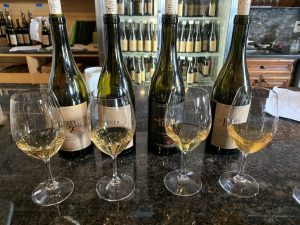 It was such an honor to visit The Red Hook Winery. It was amazing to see all the behind the scenes, and we got to meet Christopher! My mission would be going to an actual vineyard in Long Island or Upstate in the future. 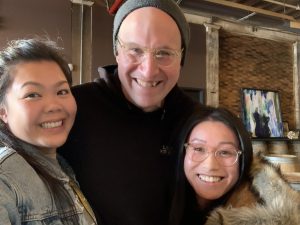 I went to Heights Chateau located not too far from the school. I thought highly of this retail store because it was offered on the wine list that Professor Goodlad provided. Unfortunately, I did not have a pleasant experience. Once I entered with my friend into the store, I stated that I am a City Tech student and I am going to take a few pictures for my wine project. All the sales representatives do not really seem thrilled. Maybe they were just having a bad day or something. Besides the weird vibe I received, I got to look around the store. There were plenty of shelves and rows of wines and sparkling wines from all over the world. It was great to see so many options. The downside was that there were no shelf talkers. I looked everywhere and could not locate any.

As I was roaming around the store, I thought it was so cool that the more we are learning in class, the more I know where these wines are from. There are so many regions and countries that they have in store. All the prices are reasonable prices, they ranged from $7-$40 for average. They do have more expensive wines but I did not look into detail. I explored and looked for the wines I needed to take pictures of. At that moment, there was no red wine from Spain. I did stumble upon on wine from Australia. The label was what caught my attention. “The Gatekeeper” with a gate and a creepy man. It was a 2015 South Australia Shiraz. I did not know that Australia produces wine. “Gruet Brut Rosé” is a sparkling wine made in New Mexico! It has a beautiful rosy pink tint to it. They used Method Champenoise to produce this sparkling wine. 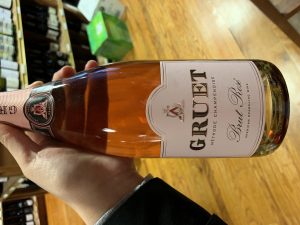 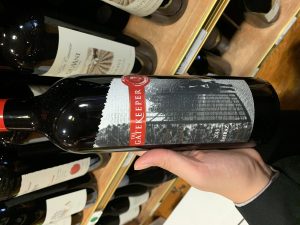 I did not know Australia made wine.

I visited my local neighborhood liquor store. I did ask the owner if I can see any of his red wines from Spain. Luckily, his store carried only one kind! I asked if I could snap a picture. In the end, I bought 3 bottles to make some sangria. He suggested that red wine from Spain makes the most delicious red sangria. It was Campo Viejo, with Garnacha grapes. I never knew this grape existed! I had a better experience at my local store than Heights Chateau. 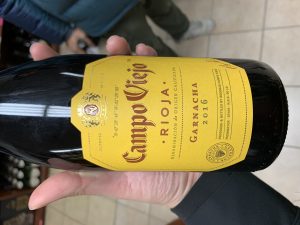 Red from Spain made from Garnacha grapes, 2016