When making an appointment, you wonder if the person on the other side of the phone is going to be friendly or not. But I ventured forward anyway and the Winery I visited was called “The Red Hook Winery” located in Brooklyn. A person named Ethan answered the phone at The Red Hook Winery, he is a sales representative who sounded very friendly and joyful on the phone. It made me feel great about the idea of choosing Red Hook Winery for my assignment. At first, I was nervous about making a trip to the Red Hook Winery by using the bus, especially making a trip on a bus of that distance from City Tech. I felt the same way about how I was going to get to my destination as well. Once I got to the winery, I got confused about where the entrance was located but enjoyed the beautiful landscapes overlooking the ocean and the Statue of Liberty. Later, I found out it was the back of the winery. Ethan came to my rescue and guide me to their small lounge. He offered me water or wine, which I honestly didn’t want wine on an empty stomach.

The Red Hook Winery’s goal is to represent New York State  for people to understand the concept of winemaking. Ethan also mention to guests to feel free to dump the wine on the floor, that they will not be offend by it. He and the staff at the winery want to let visitors express the way that they feel about what they are tasting or what it looks like in their glass. I notice that he kept his word by literally dumping some of his red wine on the floor while he was giving a tour. Some of the grapes were under maceration a process of the grapes being separated from the skin and their juice also called maceration-barrel. There were exposed grapes everywhere in the winery, which explain the fruit flies everywhere. We walked to a wood barrel that had tons of grapes, so we were fortunate to get a first pick at fresh grapes. The winemaker Christopher told us that he protects the grapes from the flies by covering it with a clear plastic bag and spraying some chemicals. It’s also their technique of macerating their grapes.

The pH of wine and alcohol are present all the time when he gets to mix the grapes and its juices inside the barrel. Maceration is the process where the phenolic materials of the grape tannin, coloring agents and flavor compounds are leached from the grape skins, seeds and stems into the must. The next step in macurating (sleeping). He also mentions that maceration is becoming a trend for companies who crafts their own beers. A group of servers from a restaurant in Greenpoint joined us for the tour and they taste the juice from the barrel. Christopher passed around a glass for everyone to taste and tossed it back inside  a barrel. I was a little concerned about contamination after everyone who tried the juice from the same wineglass. Christopher explained that the acid was to low and the alcohol was too high for contamination to occur. The extended maceration the Malolative fermentation that often happens during the process. Which the winery doesn’t have the equipment to measure it or if he wanted to bottle that batch wine earl. He would have to send it to a fancy lab in California. To do a Melolactive fermentation.

We got to taste it and it had a strong and bitter flavor from the raw grape juice that made me cough and the skin was hard and not easy to swallow. Making it more common in the production of varietals  with less natural flavor and body structure like Sauvignon blanc and Semillon. They used protective spray all over the covered grapes, because they are natural fermentations and can’t protect himself from carbon dioxide while they ferment. They generate carbon dioxide to protect themselves from oxidation and also from critters. In Europe, there is a perception at Finger Lake of growing fruits and not necessarily the wine created in the winery.

Learning about the methods Christopher makes his wine in The Red Hook Winery is very interesting, especially when you get to try out their product straight from the source.I would definitely recommend this place to anyone who is interested in wines to visit during the spring or summer. Also, to enjoy their great outdoor view with their significant other or friends. 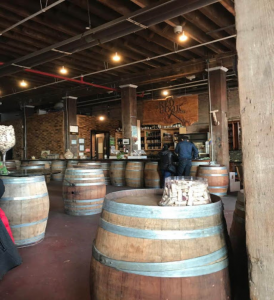 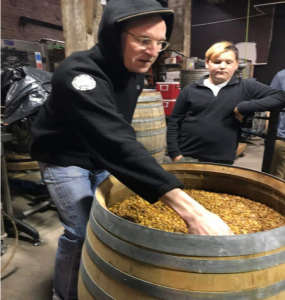 Christopher is the winemaker at The Red Hook Winery.The first image above shows the grapes are in the barrier, while the juices are being release under the surface. In the last image he covers the grapes with clear plastic bags to protect it from flies and help control the fermentation process. 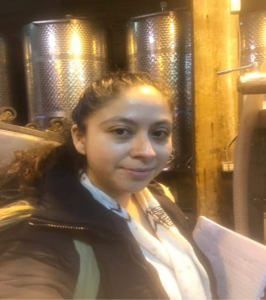 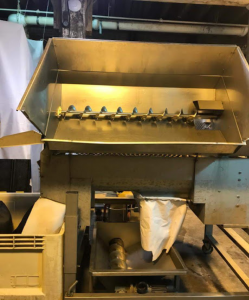 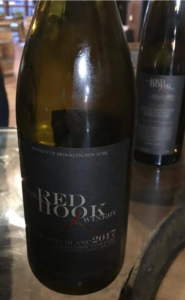 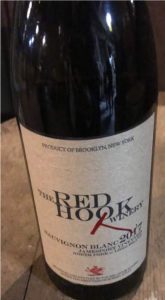 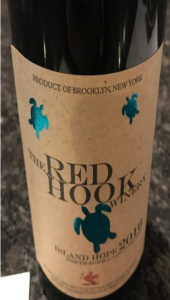 The fourth wine I tasted was The Red HookWinery – Late Harvest Riesling 2015. I had to purchase this for the holidays from The Red HookWinery Island Hope, 2016. It’s considered a dessert wine. This is an extremely sweet wine. Ethan mentioned this wine will last me at least two weeks. No, need for a dessert.

It cost $45 after tax. If anyone wants to give this wine as a gift to a friend or family member that loves dessert this makes it a perfect gift for the holidays. 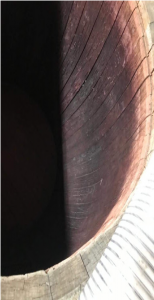 This is how the inside of a white and red wine barriers looks like.