In the article, “Everything You Need to Know About Shark Attacks as Told by Graphs” reported by Meghan Keneally and Jan Diehm for abc news were interested on detailing the most recent number of shark attacks in comparison to the attacks that happened over the centuries. They also recorded interesting figures on the target surface activities where shark attacks happen the most in U.S and around the world. The news became of interest after two teens were injured in North Carolina not long ago and in addition the following data were collected by Florida Museum of Natural History at the University of Florida.

According to their finding the most frequent shark attacks occurs to individuals who use “flotation device” such as surfing board, water skiing, wind surfing etc. In other words swimmers who perform activities on the surface of the water are the main target by the sharks.

In the above bar graph the numbers show that the most often target are the surface re-creationists compared to swimmers and bathers with a dramatic increase. From 2000-09 alone there has been over 300 shark attacks and the sudden increase happened between 1980-89 and 1990-09 with roughly a difference of 145 attacks.

Figure 1 shows that there has been 701 shark attacks from 2005-2014 in world locations with highest shark attack activity. Only 59 or about 8.4% were recorded fatal. However, the exact number hasn’t been determined by the researchers because the victims were unable to recall the exact details about their attacks. The researchers added that they were able to determine the most common species of sharks that were responsible for the attacks. As shown in figure 2 they are the white sharks followed by tiger sharks and bull sharks. These sharks were named the “Big three” as they are mostly found where people enter the water and also they are known for their shearing teeth.

Figure 3 shows the number of shark attacks around the world. As you can see US experiences the largest amount of shark attacks with 1,104 as opposed to other continental areas. In the US, Florida is reported to have the largest number of attacks as shown in the line graph in figure 4. As mentioned previously, Florida experienced 219 out of the 701 attacks that happened in 2005- 2014 preceded by Australia, Hawaii and South Carolina.

These were some interesting information I found from abc news, I hope it doesn’t scare the ocean lovers away.

The graph that I found interesting is from newspaper “The Washington Post”. It appeared in the article Graph(s) of the day: Two terrifying charts for newspapers. Basically, the whole article explains how the advertising in newspaper and magazines was changing over time. The most interesting graph is the following:

This graph shows the revenue that newspapers, magazines and Google gets from advertising. As you can see in 2004 when internet wasn’t that popular and easily accessible, newspapers were dominating the market and its profit from advertising was incredibly high. Over one year of 2004 all newspapers earned around 42 000 million of dollars while Google got only around 2500 million dollars. In other words, Newspapers earned 16.8 times more than Google from advertising in 2004. Nevertheless, as Internet grew and became more accessible, in the year of 2012 Google’s revenue reached Newspapers’ revenue level. Although, Newspapers’ revenue got dropped from 42 000 million of dollars in 2004 to around 9 000 million in 2012 while Google’s revenue increased from 2500 million of dollars in 2004 to 10 000 million in 2012. All these numbers mean that Google not only become more popular but significantly dropped revenue of his opponents (newspapers and magazines). There are a lot of reasons but the biggest one is that advertisement is a lot cheaper in the Internet and while Google and Newspapers have equal popularity nobody wants to overpay.
To conclude, newspapers are experiencing recession in advertising as their rival(Google) becomes bigger and bigger and offers lower price on advertising.

Hi, my name is Alexey Kiriluk. My major is Electronic Engineering. Statistics and Probability probably won’t play important role in my future career. Nevertheless, I think Probability and Statistics are definitely interesting and helpful for your self-development. I’m pretty sure I will be able to use knowledge from this class when talking to my friends, coworkers or in some rare and unusual situations. Furthermore, I already use some of the knowledge from the class. A perfect example would be card game with name “Hearthstone”. As we all know, card games involve a whole lot of random and it is always interesting and exited to watch people getting destroyed by randomness. Now, I’m now only capable to enjoy that moments but also calculate the probability of that. I think Probability and Statistics are great class and I look forward for each of our meetings during the week to learn something new. This is a result of extreme capitalism.  When an inelastic good–notably life saving drugs–is monopolized, the supplier is free to raise prices for their own benefit.

END_OF_DOCUMENT_TOKEN_TO_BE_REPLACED

This article is about the rise of suicides in the United States.

The graphs used, separated the rates between men and women as they have extremely different tendencies when committing suicide. 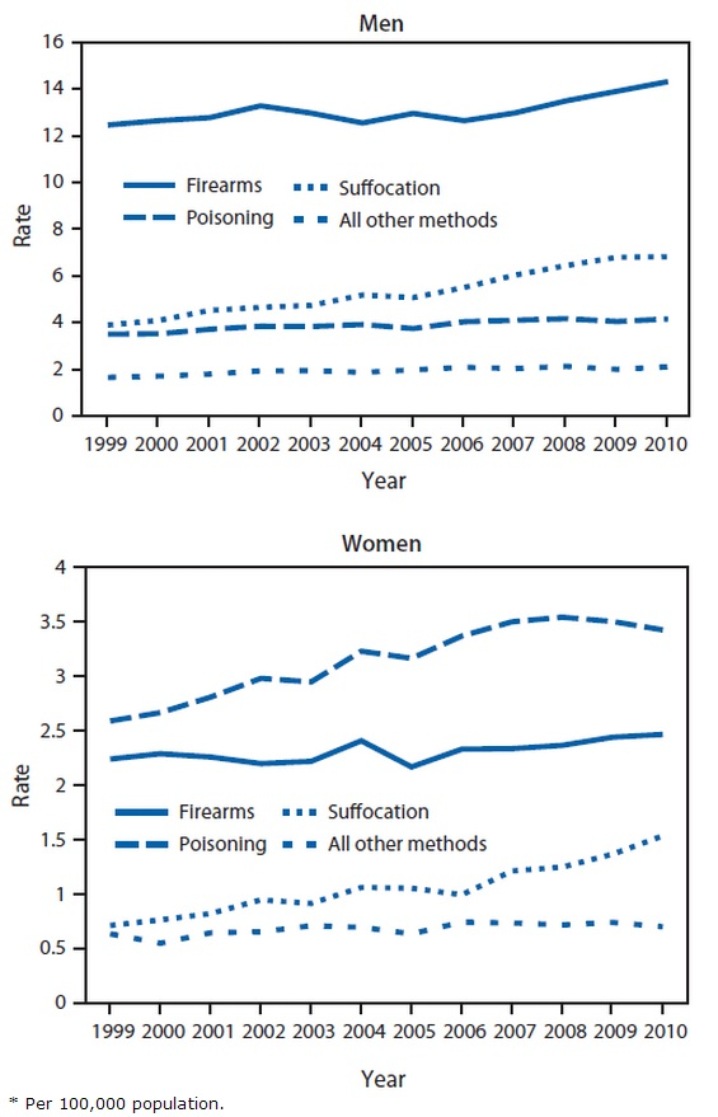 These graphs are from the Us. news article which focuses on the growing trends of online education  from 2012 to 2016. the article is called exploring online education trends. The article  focuses on a report released earlier this year from the Babson Survey Research Group . the report states that  5.8  Millions of  students enrolled in an online course in fall 2014.  The graphs breaks down the number  to show the areas of studies most popular for online education  and which institutes had the largest number of students enrolled in online courses. The article focused on public institutions, as well as private non profit and private , for profit colleges. I like these graphs because they are easy to read and the data is well organized. The article did a great job summarizing its results of students currently taking online course , those panning to and those who are undecided.

This article is called from “observation to data: the changing language of science”. This article is about how people had done a research in how PubMed article used a research term changed between 1915 and 2015. In the graph shows the collection of terms that were used in those PubMed articles during different eras. As seen in the graph, by the end of the year 2015, the term “data” is the most popular then the term “notes” was in 1915. I like the graph in this article because the graph is very easy and nice to read. It shows the different years on what term was the most popular.

Hi my name is Julia Rivera and major is Math Education. Once I become a teacher I would teach either middle school or high school students where they will have to learn the basics of probability and statistics. It is important to learn probability and statistics because it is useful for students and once they learn the basics there are able to advance to higher courses in the future. This is important because  students will be able to practice using fractions, ratios and percent. From this they will be able to gain and utilize these skills in gambling, sports (where they can predict the winner), knowing the temperature or weather forecast, or looking at data. It is also required for students to learn about probability and statistics during their school years because its part of state standards.