For the beverage production experimental learning analysis as an alternative I decided to go to a beer brewery, because I couldn’t have the opportunity to go to a winery during the past 3 weeks. Which I found very interesting since we took the class beer 101 with the instructor and beneficiary of the Sixpoint Brewery. In which the class was able to learned many things about the beer industry such as the beer process, ingredients use to make beer, type of beers and tasting terminologies. The Brooklyn brewery is a great place to get some knowledge about beer in the city located at Brooklyn New York. The brewery offers free tours on weekends for a specific time depending on the audience. Yesterday on May 11th I was able to attend to one of the tours at 3:00 pm where a tour guide gives a brief explanation about the beer industry, and the way the company made their beer.

This is the entrance of the location once you walked in of the outside this are the first vessels that you’re going to see. 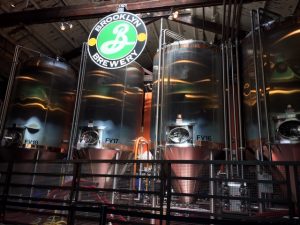 Selfie time outside of the brewery 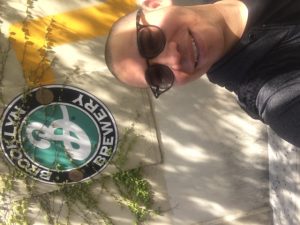 Unfortunately the tour was not al long as I was expecting because there was not too many rooms or places to go within the brewery, however, the tour was short but very informative. A interesting fact that I noticed about this tour was that most of the people that was there where from Europe and Japan, the tour guide mentioned a bit of the history about the brewery which was establish on 1987 and how the owner start making beer after coming back from the Middle East to the United States. 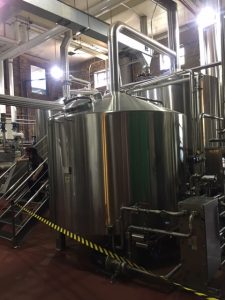 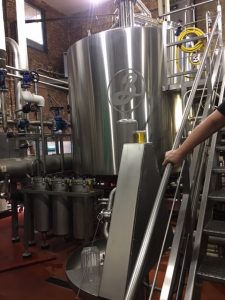 Something that caught my attention about this beer vessel was that apart from being the biggest they had in the brewery, it was made 32 years ago in Germany and was brought to the US.

During the tour the guider explained us about the four major ingredients used to make beer in the brewery which are HOPS, BARLEY AND WATER. However, the major component and essential to make beer is water which is 85 and 90 % (percent) of beer. The brewery gets a high quality crystallized and naturalized water from the Catskills Mountains, which is not require to have the water go through a lot of treatments. half of their beers are made with malted barley. Malted are cereal grains germinated. The barley goes through a hot water process which cause the breaks down of its sugars. The final step is to transfer all the water from the procedure which is now all sugar from the grains. 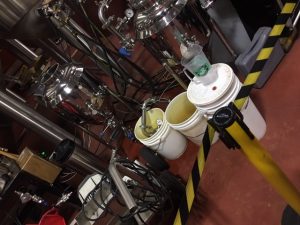 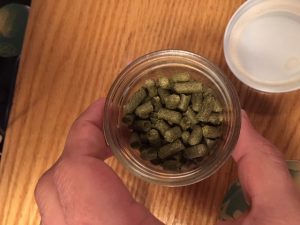 Hops sample from the bar. 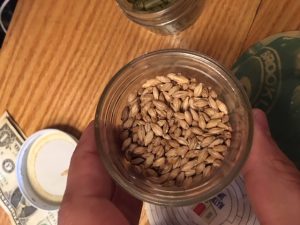 Barley grains from the flowers. 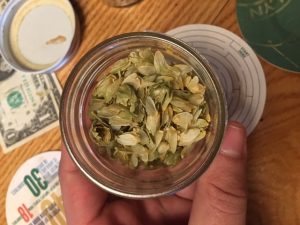 All this process of making beer start from the steps of brewing which are mashing, lautering, and vorteuting, our tour mentioned that the time limited to boil the water varies it could be  1, 2 or 3 hours, the color of the beer comes the the malt barley. That includes the process of malting which involves soaking the barley, allowing it to germinate and then stopping the germination with hot water. 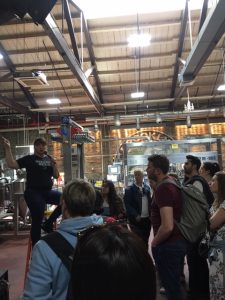 Our tour guide was amazing a person who has been working for the industry for the past 15 years who name is Kristine. A very interesting and knowledgeable person.

During the tour I also learned that their technological systems can make 7 thousands of beer bottles per hour. At the end of the tour we where directly taken to the tasting are which is the bar, to taste their seasonal beer “summer ale” . 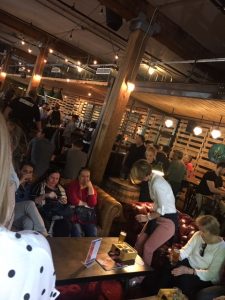 The “tasting room” which is the bar, and is where they also put all of the hops and barley samples they have. 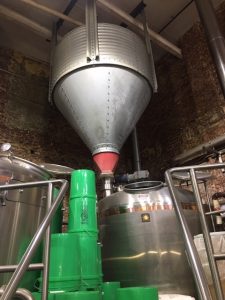 Last but not least the cone shaped container, that contains all the barley and malted that is added to the fermentation tanks.

Brewery, B. (2004, March/April). Brooklyn Brewery. Retrieved May 11, 2019, from https://brooklynbrewery.com/verify
The history of Brooklyn brewery