The Empire state building is one of the tallest buildings in NYC, its located on Fifth Avenue between 33rd and 34th streets, and with a height of 1,250 feet. Just like any other attraction site there is always something unique and whats unique about going up to the 86th floor of the empire state building is the view that will definitely please your eyes as long as your not afraid of heights, and did i forget to mention, please bring your camera because you wont want to forget the view that the ESP provides, which is a beautiful scenery of central park, the Hudson River and The statue of liberty.

The Museum of Natural history provides tourists and others the opportunity to participate in fun activities such as workshops, scientific research, and even sign up for some lessons about history or biology. This museum allows the people to learn in depth about the History of the past years. They also give people access to exhibitions were they can see how things have changed or evolution throughout the years. This museum targeted demographic are American people or people who come across the country to learn more about history or science. People from several ages are found in this area, for example, kids, teenagers, adults and you will even find seniors in this area.

Since its birth in 1929, the Museum of Modern Art has continually redefined the idea of the museum in contemporary Western culture. Originally conceived by its founders as a place for Modern art to come and go (because what makes up modernism is constantly changing), MoMA, as it is commonly known, established a permanent collection in 1952 and has become the home for some of the greatest works of avant-garde painting, sculpture, film and multi-media art in the world.

The 9/11 Memorial is located where the Twin Towers used to stand. The memorial honors the victims who were attacked that day. There are two large reflecting pools, each one with a waterfall, that have the names of all those who were killed in the World Trade Center, the Pentagon, the flight attacked by terrorists, and the 1993 terror attacks.

The landmark Manhattan restaurant Tavern on the Green, in Central Park at 67th Street on the Upper West Side, opened its doors in 1934. It has entertained presidents, actors, musicians and public figures. Tavern on The Green has since been one of New York’s most elegant destination for tourist.

Cultural Tourism is a form a tourism where the traveler interacts with the foreign country’s culture how that culture helped shaped all that is present. For a traveler to get a true experience, prior knowledge of the location is key. With this information the traveler will be able to better understand the direction in which the region is going by looking at it’s past.

The Brooklyn Bridge park  is a prime example of cultural tourism. The most noticeable would be the Brooklyn Bridge itself. Completed on January 3, 1870 the park is a landmark all on its own. Thousands of cars cross this bridge and tens of thousands of people walk it each day. The bridge is a great place for a traveler to start considering the bridges background and the fact that it was man made.

Another great location/locations would be the warehouses. What were once grueling factories are now business, pop-up shops, and even just a place to relax. The factories contributed an enormous amount during their production. Not all was great and these big red brick building hide the true essence of what is New York.

The trip down to the Brooklyn Bridge park (even though some of us were attacked by local pigeons) was great. I have personally only been there on the weekends and it gets crowded, so it was nice to see it so vacant. New York is so diverse and it is amazing, it is like a one stop shop for culture. All around the 5 boroughs, festivities celebrating a cultural holiday go on year-round, you just have to know where to look. There are sights that as New Yorkers slip our mind or that we ignore, It is nice to see your city for the great wonders it creates and how it is always expanding. (Group: Jubedel, Anastasia, Ronaldo)

Heritage and historical tourism describes all tourist trips that include cultural activities, as well as experiences and interaction with local people.

Some of the observations I made was that on the waterfront there was Plaques on The Fulton Ferry Landing. There is also a poem in the railing that was the “Crossing Brooklyn Ferry” written by Walt Whitman.

Jane’s Carousel
-I think that the carousel is unique because it was the only one of its kind and it was on the verge of being separated and all the individual pieces were going to be bought by different people when the couple Jane and David Walentas bought it for $385,000 to keep the carousel as a whole.
-The carousel that was made in the 1920s was auctioned off and bought in the year 1984 when Idora Park in Ohio closed down. The carousel was then moved to Brooklyn Bridge Park for its renovations and touch-ups. The restoration of this carousel took 27 years and it finally opened on sept 16 2011. Jane walentas ended up creating a non profit entity for the carousel called ‘friends of janes carousel” and she even donated 3.45 million to landscaping and improvements to Brooklyn bridge park development corporation. Lastly in October 2012 the carousel was shut down for a while due to minor flooding from hurricane sandy but reopened a few months later.

Cultural Tourism- is the subset of tourism concerned with a country or region’s culture, specifically the lifestyle of the people in those geographic areas, the history of those people, their art, architecture, religion, and other elements that helped shape their way of life.

In Brooklyn Bridge Park and DUMBO you can find a lot of cultural type of tourism.

Those are just few examples:

The visit to Brooklyn Bridge Park was great! It was really cold and I was really skeptical about it at first but during the visit I changed my mind. It was great to learn all those amazing facts about the park, I been in NYC for a few years and i didn’t know all those information. I would love to see a movie under the stars and now I know where I can have this experience. There was a Cafe on the water and I’m sure eating there with the view of Manhattan has to be something unique. Afterwards we walked through the Park to “Brooklyn Roasting Company”, where we met with the owner of the place. He told us so many facts about coffee, how decaffeinated coffee is created and the areas that has the best coffee. He takes his coffee from Peru and they promote fair trade which is really important. The owner told the class about the begging of the company and how his love for coffee started. We got a chance to sample some of their coffee from Brazil, Colombia and Ethiopia. This was really interesting trip and I’m looking forward to future field trips.

Occupancy – how many rooms is occupied in the hotel.

Housekeeping standards – all rooms should look the same.

Turn- down- service- refreshing the room while the guest is already in the room ( chocolate on the pillow, fixing the bed, close the curtain ) 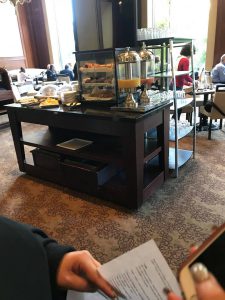 A Restaurant- restaurant at Park Lane Hotel is serving breakfast, lunch and dinner. 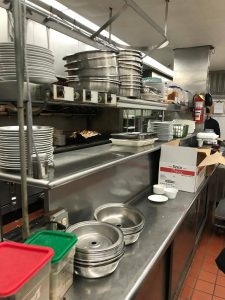 A Place to Work – Kitchen at Park Lane Hotel. 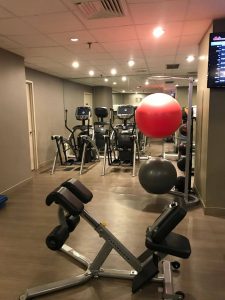 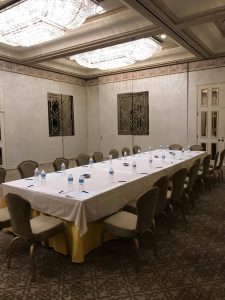 Expression of Hospitality – they had a table ready for us and each of us got water bottle, pen, notebook and candies.

The Statue of Liberty was a gift from the people of France to the United States and is recognized as a universal symbol of freedom and democracy. The American Family Immigration History Center at Ellis Island contains more than 25 million Port of New York passenger arrival records and 900 ship pictures circa 1892–1924.

(2017). Retrieved from I Love NY: https://www.iloveny.com/listing/statue-of-liberty-national-monument/25215/