During the course of this semester, I feel that I have grown mentally as well as academically. I started college with high expectations as to how things would go. Over these view months my work process has improved because I have accomplished a new sense of discipline when it comes to completing assignments. As soon as a new project was assigned, I found my self brainstorming and planning out the timing and hours that I would have to devote to the work. There were numerous times that I had to turn down my friends on weekends because I knew that I couldn’t balance all of these things. I spent 2-3 hours a night writing out and revising work for the projects and asking questions where I found instructions confusing. I realized that college was nothing like high school because I would try to apply my self to my work, but still find it difficult to get an A. I was willing to re-work assignments that I felt had too low of a score because I wanted to start off my first semester with a high GPA. Somethings I think I can work on is adding more information when required, and using more descriptive language to help readers understand the text. I believed that I excelled at planning out and executing assignments in order to hand them in on time. I did a good job at answering all the questions asked,and following the guidelines that are provided. One thing I can tell my peers about my work, is that it will not stop improving over my college career because I know there’s always room for improvement.

For this review, I decided to walk the route that was presented by my fellow intern, Kevin. This route is a simple and easy way to get from City Tech to the Borough Hall train station without having to deal with crowds or too many distractions. It also gives you the chance to view many significant landmarks such as the Brooklyn Bridge or the Christopher Columbus statue. Even though I had already viewed many of these aspects before, I had to imagine that I am not familiar to the area that the route was taking me through. With this in mind, I could focus and appreciate the important things that the route brings up. As a result, it would allow me to learn more about the environment.

When I first began the walk, I was able to easily follow most of the directions given. From the starting point, the direction I was supposed to go in was fairly described and helped me to visualize what I needed to keep an eye out for even before I saw it. This descriptive language is what carries me through the rest of this route. He emphasized the details of certain areas on the block that indicate where I am supposed to turn or where I should pay a little more attention to. The only thing I may suggest is that he adds a bit more description to support the the directions he was trying to convey. At times I found my self taking a pause to try and find where I last left off in the instructions. It was as if I was left on edge for a brief moment but then found my way after careful observation.

For this route, The time of day that it was taken properly complemented the very details that needed to be witnessed. The view of the Brooklyn Bridge caught my attention because it was so easy to spot in day light. However, that doesn’t mean that it wouldn’t have me in awe with the glistening lights during the night. In my opinion, following directions in this specific area is easier to accomplish during the day. This way it can be properly understood and taken again at any other time. This route especially can be taken at any point because once you understand it, you can take more time to appreciate the man made beauty as well as the peacefulness that is mentioned in this Aesthetic mapping.

This article by Juana Summers depicts a technique that not many people may know about called diagramming sentences. For people who are not familiar with this concept, it is often seen as confusing and not useful when it comes to using it in the subject.In this specific structure, the sentence is nearly impossible to make out for most. In some ways it is described as a way for people to ” draw a picture of what the language looks like”. But according to most students, this concept is”an intrusion or as an absolutely confusing,crazy thing that they couldn’t understand”. However, if they’re taught in a way that they can easily grasp, it will allow them to structure sentences much more effectively. The example given in the beginning of the article clearly displays how this technique should be executed. 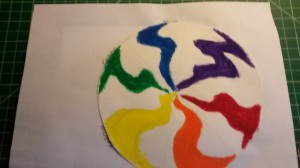 On today’s field trip we went into the BHS library which consisted of all sorts of primary information that can’t be found anywhere else. We mainly focused on maps of Brooklyn from different time periods . This is something that I would most likely include into project 4. For example, in my group we had a manuscript map of Brooklyn in 1856 which depicted the cut-off boundaries of farm lands that people owned. There was also a clear detailed drawing of the cliff of Brooklyn Heights. This was before the construction of the Brooklyn bridge, so the steam boat was a popular way to travel between the boroughs. Another map, which was printed, displays the subway map map from 1955. As we know, the train system was originally a series of companies that operated in different ways. This map is a significant piece of history that I could add to my project. Lastly, we saw a large booklet of maps that was created by the fire department during the time. From what I learned in class, civilians that lived in homes made of wood would be charged higher than someone in a brick house because of the higher chance of a fire. These different maps of Brooklyn give me a better understanding of it’s history that goes way beyond my time. Each version allowed me to see every phase that has come. I should have a better grasp of this concept from the research which will be a good guide for this project.

In today’s class we visited the The BHS on Pierrepont St, In Brooklyn. This trip was a different experience that allowed me to see first hand primary resources, as well as photos to go with them. In the wonder exhibit, I applied the things we have learned such as the rule of thirds or a juxtapositions into the pictures that we have seen. There was one particular image that I found interesting during the walk. This frame consists of a cemetery filled with tomb stones and tall city buildings that can be seen in the distance. I immediately saw an overlap. In my opinion, the cemetery represents death were as the buildings in the distance depict civilization or flourishing life. 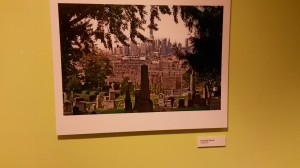